How Arsenal Turned Things Around With Three Consecutive Wins This Season? Find Out Here 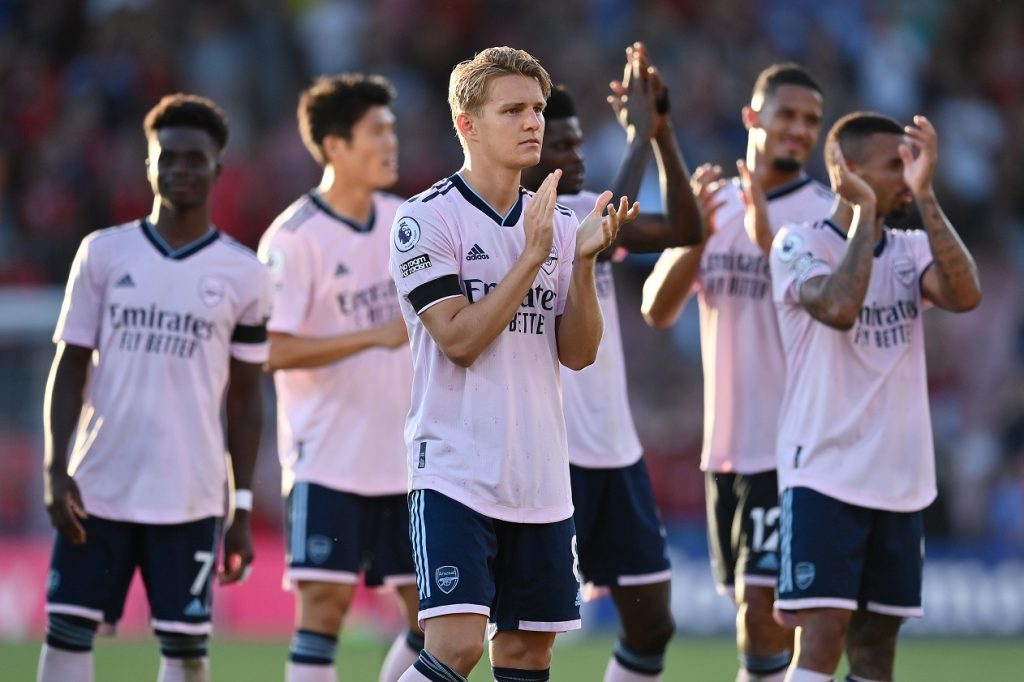 Arsenal found themselves in a miserable position at the end of the 2021-22 season. The Gunners were placed comfortably in fourth place, giving them a chance to play in the Champions League. However, the north London club stumbled badly yet again during an inconsistent season and lost fourth place to Tottenham. Mikel Arteta’s side was under great scrutiny, and a lot of crucial changes were made on both sides of the field during the summer transfer period. Arteta was under immense pressure to lose his position as a club manager after last season’s performance. However, Arteta and technical director Edu made some important changes in the side which paid off in the first three games of the season.

The Gunners beat Bournemouth by 3-0 on Saturday, recording their third win in the first three games. Arsenal is the only one to have a 100% win record this season and is currently on top of the Premiere League table. It is the first time since 2004 that the Gunners have won three successive opening games. The result is completely opposite to how Arsenal achieved last year, losing the first three games without scoring a single goal.

Moreover, Manchester City crushed Arsenal by 5-0 in late August last year, heading into the international break. The terrible start took a big toll on Arteta and his side as they struggled to find consistency and score goals regularly last season. However, things seem to have turned around completely this year. The Gunners have scored nine goals so far during the three wins and conceded mere two goals. Manager Arteta talked about how the team environment is different from what they experienced last season.

Mikel Arteta Suggests “It Is Just A Beginning” For Arsenal

Mikel further stated that the team’s emotional state was completely different from last year, which could be noticed by everyone around the club and individually. The Spanish manager suggested that losing matches had a very negative impact on the club, no matter the way of playing or the context. He revealed that everyone at the club was happy and enjoying.

The Arsenal manager also hoped that the environment would remain the same and his team would keep improving while staying humble. However, as per Mikel, getting on top of the Premier League meant nothing as they had played only three games so far. The 40-year-old added, “What it means is that we have managed to win three games, that we are scoring goals, keeping clean sheets, and the team is playing and performing well.”

What Are The Major Reasons Behind Arsenal’s Transformation?

Arsenal has made a lot of changes in their squad this season. They only had three players from last year in their starting XI, including Granit Xhaka, Martin Odegaard, and Bukayo Saka, against Bournemouth on Saturday. Moreover, with the addition of Gabriel Jesus, Arsenal’s attack looks completely different. The Gunners have managed to score nine goals in their first three appearances. They have fired 15 shots on goals, which is double the number of shots on target they had last year without any conversion.

On the opposite side of the field, Arsenal faced 55 shots (18 on target). However, the number has decreased significantly this year with 22 shots and only five of them on target. Thus, while the Gunners’ attack is hitting the nets, the defense is working hard not to give any shot-making opportunities.

The three players that have been the most impressive. The Manchester City duo Gabriel Jesus and Oleksandr Zinchenko, along with the young center-back William Saliba have dominated. Talking about Saliba’s efforts, Zinchenko said William seemed to have a lot of experience despite being so young. He added, “Fingers crossed, we’ve got an unbelievable center-back.”

Fortunately for Arteta, he still has a few cards up his sleeve. The team is yet to bring players like Fabio Vieira and Marquinhos on the field. And they are expected to bring more firepower to an already aggressive Arsenal side.

Share. Facebook Twitter Pinterest LinkedIn Tumblr Email
Previous ArticleMax Verstappen Talks About The Elements That Make An F1 Driver Great! Will The Dutchman Win His Second Consecutive F1 Championships?
Next Article Lewis Hamilton Sends A Message To His Younger Self Amid Championship Comeback Plans With Mercedes!