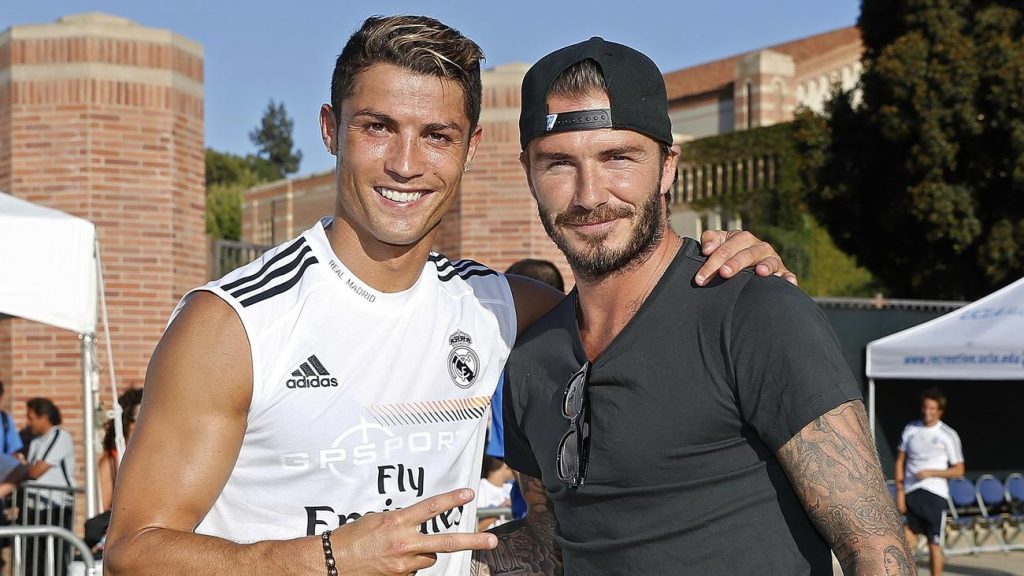 Last week, several reports claimed that Cristiano Ronaldo might consider leaving Manchester United after the end of this season. The Portuguese footballer has a contract with the United until 2023. However, the 37-year-old might consider walking away from the football club. Ronaldo has been in immaculate form for the Red Devils, scoring 24 goals this season. However, it was not enough for Manchester to secure a Champions League qualification.

Meanwhile, there will be a change of leadership with Erik ten Hag replacing Ralf Rangnick this summer as the Red Devils’ coach. The Dutch manager will work on rebuilding the team this summer, and Ronaldo might not be in his plans for the next season. Hence, Ronaldo is speculated to consider transferring to another bigger club that goes after the Champions League, with a low probability of the Red Devils’ qualification next year. Recently, David Beckham backed Cristiano Ronaldo to stay at Manchester United this summer. The former English footballer made 394 appearances for the United between 1992 and 2003. Beckham hopes that rumors about Ronaldo’s exit are untrue and wants him to stay with Manchester United next season.

Recently, Beckham was asked about the chances of Ronaldo staying at Old Trafford for another season. David acknowledged that Cristiano Ronaldo has been one of the best players over the last 15 years with Leo Messi. The former United midfielder hoped to see CR7 staying at Machester. Beckham said it is important for Cristiano and the fans to stay with the team that has meant a lot to him. Moreover, David was sure that Ronaldo would still do his best by scoring and creating opportunities. The Englishman added that Ronaldo is doing an excellent job at his age. Beckham hoped it continues, and he stays for another year or two.”

The Machester United have had a tough season so far. They are currently ranked sixth in the Premier League and will miss out on qualifying for the Champions League. Beckham praised the fans for their loyalty during a difficult season for the Red Devils. Manchester has lost three of their last four matches under interim manager Ralf Rangnick. The United faced their most recent 4-0 defeat against Brighton.

Beckham said that the fans would be relieved that a tough season for Manchester is ending because of the ups and downs. He stated that the players have done what they could, and so have the interim managers. Beckham appreciated the fans for still showing up and supporting Manchester United during the tough phase.