Will The Blue Jays Spoil Yankees Pursuit of Andrew Benintendi From The Royals? 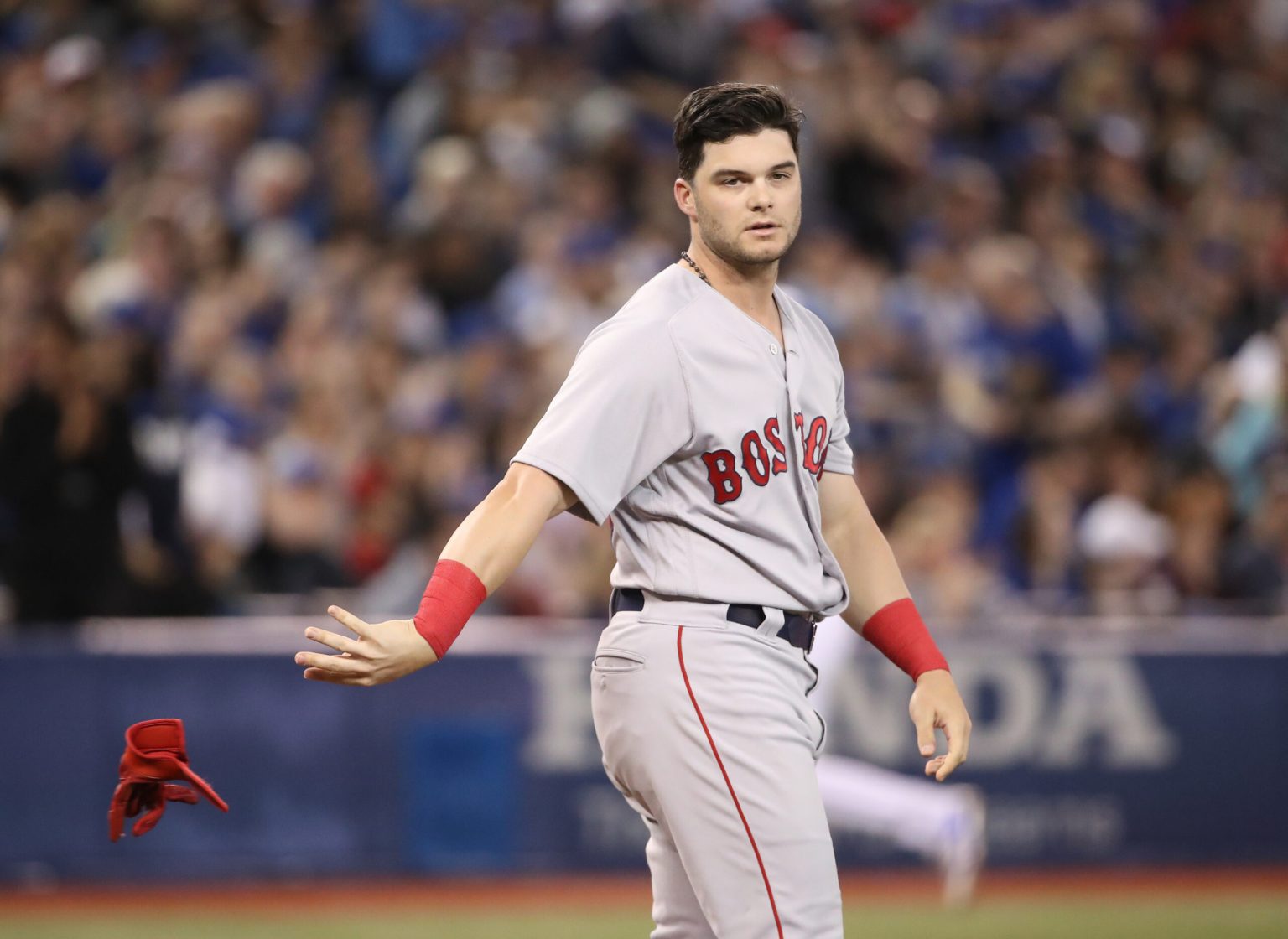 TORONTO, ON - APRIL 24: Andrew Benintendi #16 of the Boston Red Sox reacts after striking out in the eighth inning during MLB game action against the Toronto Blue Jays at Rogers Centre on April 24, 2018 in Toronto, Canada. (Photo by Tom Szczerbowski/Getty Images)
Share
Facebook Twitter LinkedIn Pinterest Email

The New York Yankees are oozing with talent, chemistry, and the sensational form which is beyond anyone’s expectations or imaginations. The Pinstripers recently won their 50th game of the season after a 4-2 win against the Tampa Rays. The Yankees have lost only 17 games so far despite several crucial players being sidelined due to injuries. The bullpen has lost three core players in Aroldis Chapman, Chad Green, and Jonathan Loaisiga, due to injuries.

Moreover, the outfield rotation of the Yankees is dependent on Joey Gallo and Aaron Hicks, who have failed to perform consistently. Therefore, despite the Bombers averaging higher than .500 Pct, Brian Cashman would be hunting for players at the trade deadline in order to discover relief options, starting rotation insurance, and southpaw outfield bats who could lead the team across nine innings.

However, the Toronto Blue Rays are reportedly looking for the same kind of players. They would be willing to pay a higher sum as they expected to perform better than the Yankees, who are on top of the American League standings by a fair margin.

As per MLB Insider Robert Murray, there are rumors that the Blue Rays and Kansas City Royals could end up trading some players. The Jays are seeking left-hand bats and the Royals looking for young pitchers. However, Toronto’s interest in Royals players could prove costly for the Yankees as they look to acquire one of their players, Andrew Benindeti.

The Bronx Bombers would be hoping that their American League East rivals would not want to get in a better position. However, that might not be the case this summer. As per Murray, the Jays are likely to look for left-handed bats in the Royals lineup. Moreover, Toronto could eventually end up getting interested in relief players, mirroring their recent bids for Adam Cimber and David Phelps.

Meanwhile, the highly skilled left-handed bat Andrew Benintendi could also be on the Blue Jays’ radar. The 27-year-old is in the last year of his contract with the Royals. Thus, he could be traded for extended. Moreover, it would be an unwise move for Kansas City to shop Andrew as midsummer approaches.

At the same time, players like Nicky Lopez, Kyle Isbel, and Ryan O’Hearn also fit a similar left-handed bat profile. But are less effective compared to Benintendi. Thus, there is no doubt that the Blue Jays will pursue Andrew on a priority basis. They might also bid on relieving pitchers like Scott Barlow and Josh Staumont. Therefore, if the Jays close on Benintendi, the Yankees might have to shift their focus to Ian Happ. The outfielder is currently with the Chicago Cubs and recommended by Anthony Rizzo. However, it would be a shame if Benintendi ended up not being able to make it to the Yankees.