Why Max Verstappen Could Lose The 2022 F1 Championship? 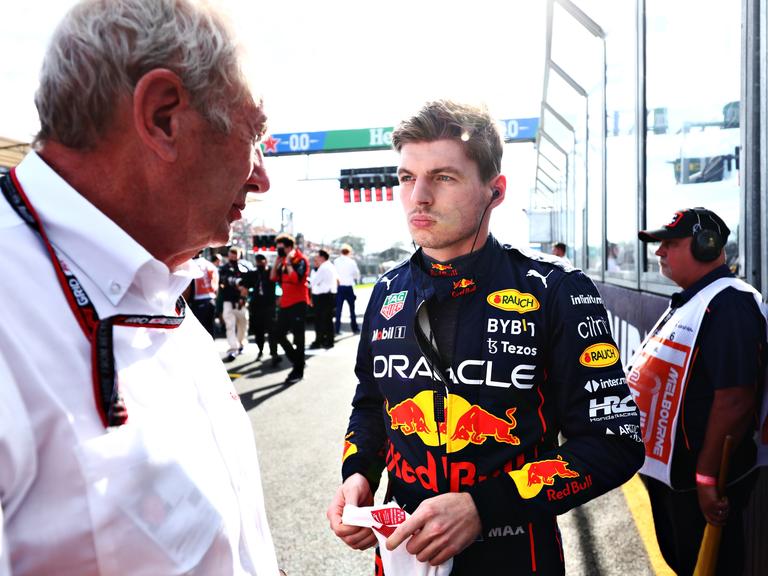 It looks like the reigning world champ Max Verstappen will not give up on the championship battle this year so easily. The Red Bull driver won his second race of the season on Sunday at Imola. Verstappen and Charles Leclerc have won two races this season, and the rivalry is expected to continue with many races still left in the season. It took six years for the Dutchman to clinch his first championship title in 2021 after a controversial battle against seven-time world champ Lewis Hamilton. The Dutchman got lucky to have the right car that could keep up the pace with the former champs, Mercedes.

This year, Ferrari has surprised everyone with their amazing performances during the season’s first four races. Charles Leclerc is leading the way for the Scuderia and currently stands on top of the F1 2022 standings with 86 points. Ferrari’s progress this season has led to a brand new rivalry between the Scuderia and Red Bull. Meanwhile, The Silver Arrows are clearly struggling with no wins so far. Lewis Hamilton and Mercedes have not been able to get complete control of their new W13, which has kept them from being in a close battle with their faster rivals.

Moreover, Ferrari’s car has been highly reliable, while Red Bull and Verstappen were forced to retire in two races, costing them a lot of points. However, Red Bull made a strong comeback in Saudi Arabia with a win after leaving Bahrain with zero points. Verstappen had to face another disappointment in Australia, where he was forced to retire from the second position. But, Verstappen made a strong comeback by winning the Emilia Romagna Grand Prix on April 24.

Thus, it seems like fans might see a constant tussle between Verstappen and his old-rival Leclerc throughout the season. It will be thrilling to see if Verstappen wins his second championship or Leclerc gets the better of the Dutchman to bag his first championship title. Till then, let’s take a look at why Max Verstappen could miss out on winning the championship title in 2022.

Charles Leclerc Could Get The Better Of Verstappen In 2022

Leclerc and Ferrari have shocked everyone with their impressive early-season performances this year. This year, Charles is considered the favorite to be a title contender ahead of Verstappen and Hamilton. Luckily for Leclerc, he finally has the right car that has the potential to compete for the championship title. With new regulations benefitting Ferrari, Leclerc has the perfect opportunity to bag his first championship win this year.

Meanwhile, the wheel-to-wheel battle between Verstappen and Leclerc at Jeddah proved that the Monegasque driver could pose a threat to Max’s championship hopes. Luck seems to favor the Scuderia and Leclerc this season. While former rivals, Red Bull, struggle with reliability and Mercedes lacks some serious performance.

The 2021 championship witnessed one of the most intense and aggressive rivalries between Max Verstappen and Lewis Hamilton. The season was packed with constant controversies, unfortunate accidents, and indefinite penalties. In the very end, Verstappen got the better of Hamilton to lift his first championship title. Both Mercedes and Red Bull pushed one another towards the edge with the constant competition.

Verstappen has also looked much calmer during the first four races of the 2022 championship. Evidently, there has been a lot of difference in Max’s approach while battling against Leclerc compared to Hamilton. The Dutchman was harshly criticized for his overly aggressive mindset last season, which cost him a lot of penalties. However, some experts feel that aggressiveness is what helped Verstappen lift his first championship title in 2021.

But in the future, the Red Bull driver’s calmness will depend on how many races he wins. As the battle gets critical moving forward, spectators might see the old Verstappen back with his aggressiveness. The Saudi Arabia race was intense but extremely respectful. Verstappen did not show the same mentality while racing against Hamilton in 2021. Moreover, Leclerc and Verstappen have been rivals since their Go-Karting days. Hence, Max’s lack of aggressive intent might just allow Leclerc to get ahead of him during the championship battle.

Every F1 racer’s dream is to win a world championship title. And Verstappen fulfilled his dream after a six-year-long effort. The 24-year-old will need a lot of motivation to stay consistent to win multiple championships. Meanwhile, Charles is still waiting for his first title. However, greats like Lewis Hamilton, Micheal Schumacher, and Sebastian Vettel have proved that staying extremely focused in a severe sport like F1 can be achievable. Hence, it will all come down to the strength of Verstappen and Leclerc’s character and their zeal to win.

Verstappen has already proved that he is quite desperate to win another title. He has won two wins in 2022, while Red Bull is still struggling with the reliability of their new car. Thus, fans can expect a nail-biting experience when Verstappen and Leclerc go against each other in the upcoming races of the 2022 championship.