Who Is Aaron Boone’s Wife? Details About The Yankees’ Manager’s Personal Life 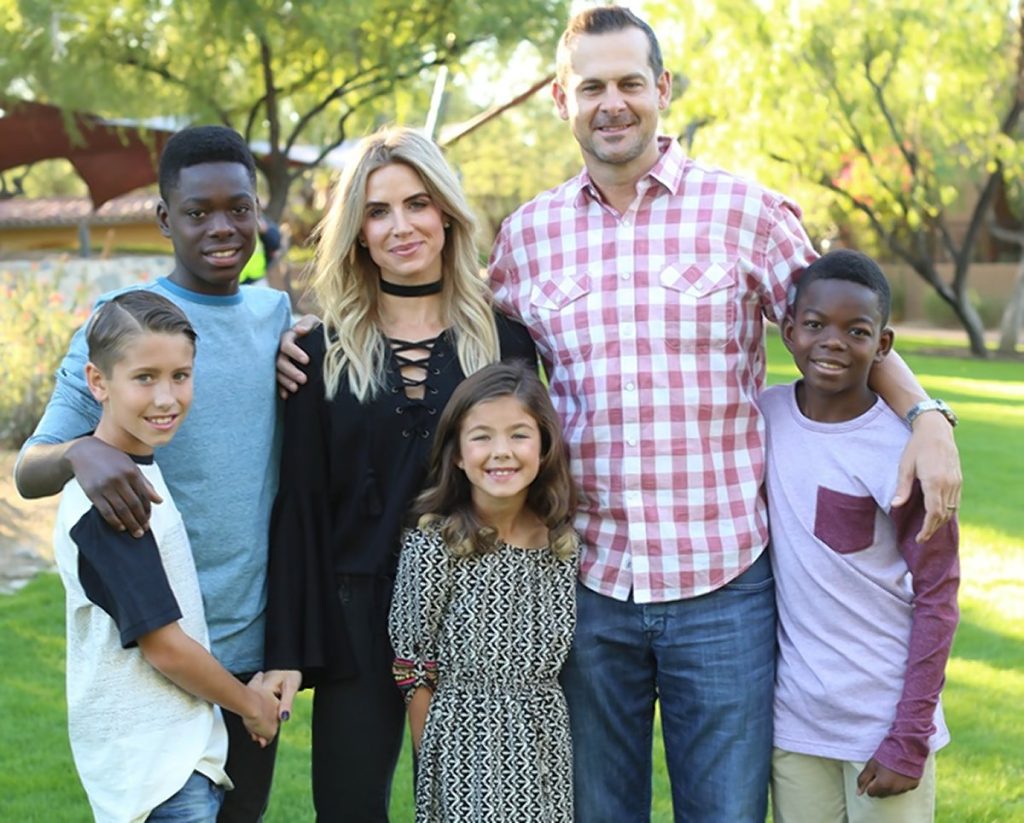 Aaron John Boone is a former American baseball player who has played for several teams in the major leagues. After his retirement, Aaron has been manager of his former team New York Yankees, and is continuing with his duties still. Despite his successful career, many fans are curious about who is Aaron Boone’s wife. So, let us take a dig at his personal life and all the details-

Aaron Boone was born in Mesa, California, on March 9, 1973. Aaron’s father, Bob Boone, was a former catcher and manager. Meanwhile, his brother Bret Boone is an All-Star and Gold Glove winner for Cincinnati Reds. During his childhood, Aaron and his brother Bret spent time in the Phillies clubhouse with other players’ kids. Boone attended Villa Park High School in Villa Park, California.

He batted .423 with 22 stolen bases for the school’s baseball team in his senior year and was named the Century League’s co-player of the year. Later on, Aaron moved to Southern California to enroll at USC. He represented the USC Trojans there in collegiate baseball. He participated in the 1993 college baseball season with the Cape Cod Baseball League’s Orleans Cardinals, who went on to win the league title.

On the third day of the 1991 MLB draft, the California Angels picked Boone. But he had no desire to get into a formal agreement. The Cincinnati Reds chose Aaron Boone in the third round of the 1994 MLB draft. In June 1997, Boone made his Major League Baseball debut. He was ejected from the game after being penalized for sliding into home. The Reds began the 1998 season on the final day with the only MLB infield made up of two sets of brothers, Bret and Aaron Boone.

In 2003 Aaron joined New York Yankees. After that, the Cleveland Indians acquired him in 2005. Aaron has played for other teams, including Florida Marlins, Washington Nationals, and Houston Astros. The 2009 ALCS game between the New York Yankees and Los Angeles Angels of Anaheim included Aaron Boone as a special announcer on MLB Network. Boone made his retirement and decision to join ESPN as an analyst known on February 23, 2010. Boone made appearances on Baseball Tonight’s pregame broadcast on Sunday night and Monday Night Baseball.

Who Is Aaron Boone’s Wife?

Former baseball player Aaron Boone is married to Laura Cover, who is an American model. Laura has featured in the 1998 edition of Playboy as the Playmate. Moreover, she also posed nude for a magazine known as Mystique. After dating for a while, the couple got married in November 2002 in an intimate ceremony with friends and family. Bella and Brandon, the couple’s daughter and son, as well as Jeanel and Sergot, who were adopted, total four children.