Yankees’ Aaron Boone Gets Ejected For Arguing With Home-Plate Umpire During A 5-4 Loss To Red Sox! 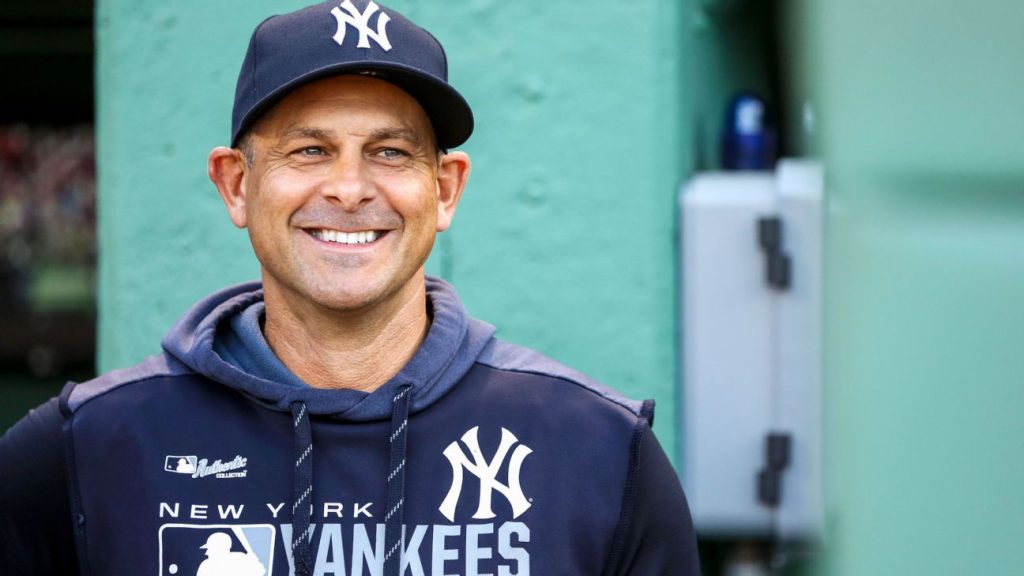 The New York Yankees manager Aaron Boone is well-known for losing his temper and being ejected off the field. On Friday night, Boone once again lost his temper during the 11 innings 5-4 loss to Red Sox in the Bronx. During the ninth innings, Matt Carpenter faced a ball that was quite low and was called a strike by the home-plate umpire D.J. Reyburn. The Yankees boss lost his cool as he stepped into the field and screamed at the Reyburn.

Boone followed the umpire around and continued to express his frustrations while the third base umpire Jim Reynolds tried to intervene. Soon after, the Yankees manager was ejected from the stadium for the fifth time this season. Boone gave up the fight as he flung his chewing gum in anger before leaving the field and the dugout. Meanwhile, Carpenter was hit by a pitch during the at-bat.

However, Boone’s frustrations were not just about a single pitch. The Bombers have been troubled by such decisions going against their favor due to their tall personalities. The Pinstripers roster has plenty of tall hitters, including Carpenter, whose strike zones are much higher than hitters with shorter heights. Moreover, as per Baseball Savant, no other player in MLB history has faced more pitches than Aaron Judge, which should have been balls as per the Gameday strike zone but were called strikes by the umpire.

As per the approximated zone, Aaron Judge has faced 57 such pitches, while Anthony Rizzo (40) and Giancarlo Stanton(29) are on the 16th and 21st spots on the list. After the game, Boone said that his outburst was a result of the night’s calls. Judge was also struck out an innings prior to a pitch that seemed to be under the strike zone.

Talking about the decisions, Aaron Boone said that pitches to Judge, Rizzo, and Carpenter were low balls. Eventually, the Bombers’ boss could not contain his anger and lashed out at Reyburn. Boone was unsure about what to say to their star slugger. He did not want Judge to be chasing pitches that were balls. Boone said, “What can we tell him? I get asked a lot. The umpires are doing the best they can. I don’t know.”

Meanwhile, Judge has been affected by the issue the most. However, the three-time All-Star has never been thrown out of a game. The 30-year-old suggested that he could never blame a failed at-bat on a missed call as he could have done damage to other pitches. Aaron Judge revealed that a player needs to be mentally tough to get through such incidences and stick to their approach. Thus, the outfielder refrains from blowing up on the umpire. He added, “I say my words, say my piece. But I still got a job to do. I still have a couple at-bats the rest of the night.”

However, the Yankees star mentioned that the umpires were doing a great job and that human error was a part of the game.