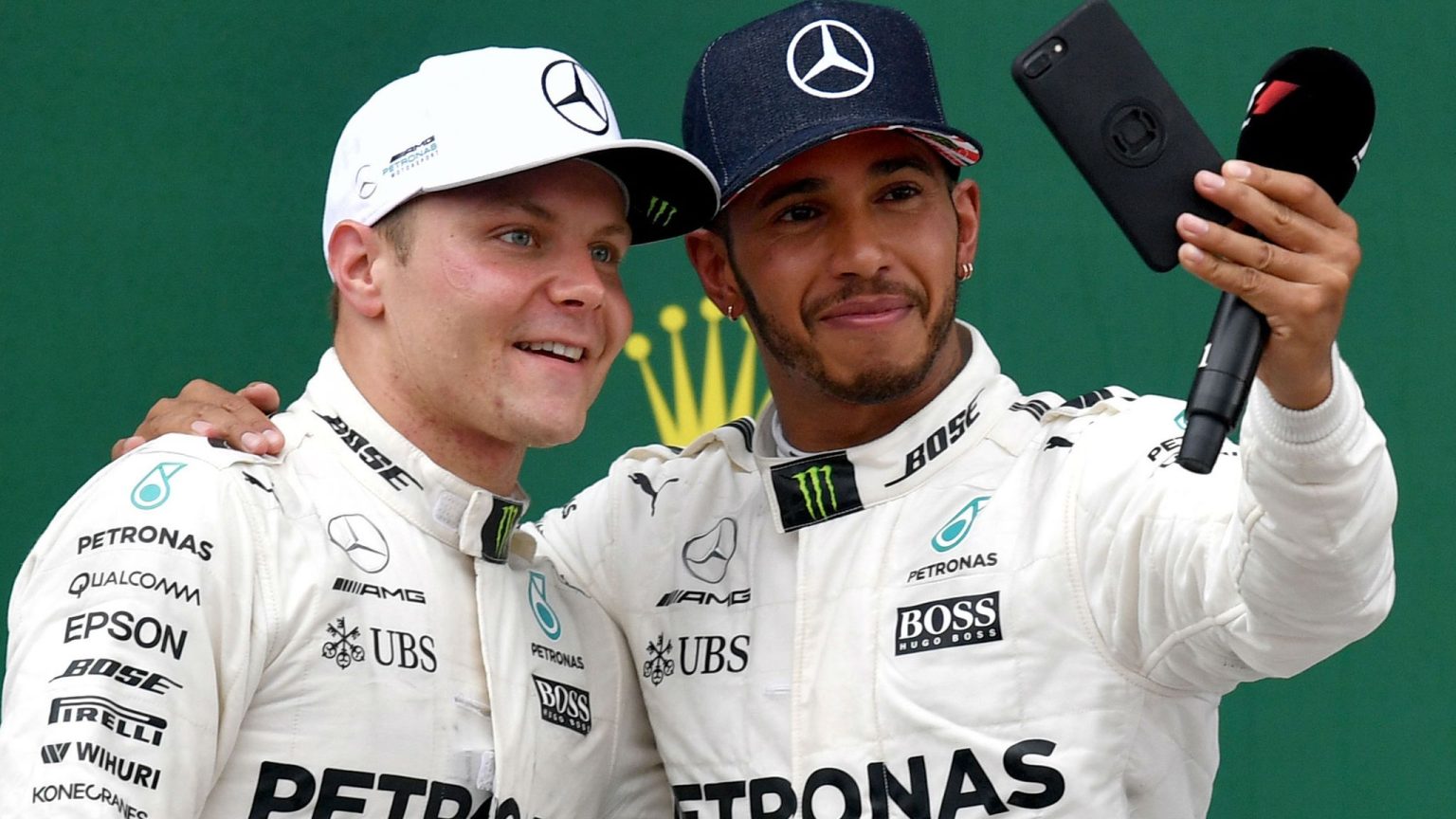 Valterri Bottas joined Mercedes in 2017 to replace the 2016 world champion, Nico Rosenberg. The Finnish racing driver left Williams to join the Silver Arrows alongside Lewis Hamilton. However, Bottas struggled to play a second driver’s role as he joined the team with a championship-winning mindset. Bottas stayed with Mercedes from 2017-21 before moving to Alfa Romeo for the current season. There were instances when there was an internal team battle on the circuit between teammates Bottas and Hamilton, which caused worries for Mercedes. However, the team kept winning championships as Hamilton dominated all the way through.

Recently, Bottas revealed that he almost walked away from Formula 1 after racing two years alongside Hamilton in 2018. The Alfa Romeo driver shared that he joined the Silver Arrows with a mindset of winning the championship in 2017. He claimed three wins during the 2017 season and finished third in the drivers’ championship. However, Valtteri’s career took a major turn during his second stint with Mercedes as he finished fifth in the drivers’ standings in 2018. The same season Lewis Hamilton beat Sebastian Vettel to win the championship. The disappointing year left Bottad in a dark place after struggling to race alongside the seven-time world champ in a supporting role.

The 32-year-old said that he could not understand and accept the fact that he failed to beat Lewis in those two years. At the end of 2018, Bottas almost stopped racing and was very close to giving up. Further, the Finnish driver admitted to putting too much pressure on himself. He could not deal with the supporting role and struggled to give up the lead to Hamilton on occasions.

Talking about his dreadful experience, Valtteri mentioned that the last four races of the 2018 season were the most painful. He was not enjoying racing in F1 and used the break between two seasons to work things out. Bottas’ confidence was in ruins after massive criticism from the media. Thus, he took no pleasure in racing during the time. Talking about the human mind, Bottas disclosed that he found himself in a dark place where he completely lost the joy of F1 racing and was almost angry at F1.

The Alfa Romeo driver added that he needed a break to look at the bigger picture and realize that he still had other great opportunities in front of him. So, he went to South America and tried not to think about F1 at all. Bottas worked through his troubles and eventually found the will and the joy for the motorsport and the motivation to keep going. Moreover, Valtteri told that he had found what he was looking for, and it felt like a click somewhere around mid-January.

Bottas felt that his results were improved after the dark phase in 2019, which was probably his best season in F1 so far, especially against Hamilton. The Finnish driver won a few races and was sometimes ahead in the championship halfway in the season. However, Valtteri admitted that he could not keep up with Lewis’ consistency and overall performance throughout the season.

Further, Bottas mentioned that Hamilton had been a part of Mercedes for a long time. He is a dominant personality as a driver and as a person on the team. Hence, it was quite tough for Bottas to step up the way he wanted. Because the Silver Arrows were so welded into Lewis and his performance. Looking back at his experience, Valtteri shared that it was a great school for him. The 32-year-old learned a lot about himself. Bottas gave himself a little more leash to not be too hard on himself. He added, “I’m really, really glad it happened.”