The Proposed Anthony Davis Trade Lakers Should Not Do Despite Criticism From The Fans! 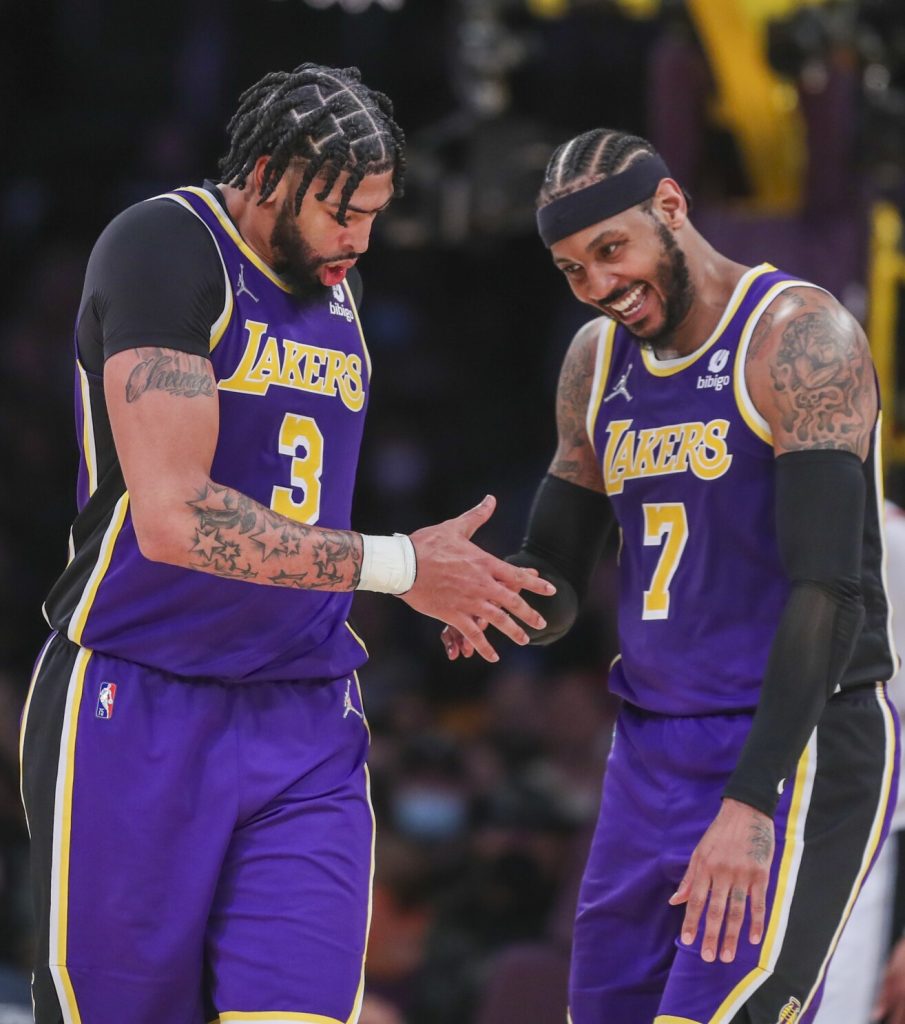 The Los Angles Lakers have entered the offseason after a nightmare 2021-22 season, which resulted in a regular season elimination. The Lakers finished eleventh in the Western Conference with an embarrassing record of 33-49. While LeBron James had an extraordinary season, Anthony Davis missed out on a ton of games as the lakers found it hard to win consistently. But every time a big player does not perform, it is natural for the fans to think about trading the player to get back to winning ways.

Davis admitted recently in a Nuke Squad YouTube video that he has not shot a basketball since April 5, 2022. While the 8-time NBA All-Star player has been back in the gym since the video became viral, Davis’ reputation has already taken a toll. And the Lakers’ critical fans want him out of the franchise. Thus, given his performance in the last two seasons, fans and experts across the globe have been discussing the possible trade deals and franchises for the 2023 NBA champion. But, one of the most unlikely trades among the proposed options is Anthony Davis ending up with Charlotte Hornets.

Why Sending Davis To Hornets Is A Bad Idea?

One thing that the Lakers missed the season is the bench strength and the lack of younger players on the court. The Lakers were criticized before the 2021-22 season for signing several players aged players between mid to late 30s. Moreover, the LA roster included six of the oldest players in the league currently. While the Lakers went for the experience, the lack of energy and young blood on the field turned out to be a major issue when LeBron and Davis were sidelined due to injuries.

NBA Analysis suggested a potential trade option of sending Anthony Davis to the Hornets in exchange for Gordon Hayward, P.J. Washington, James Bouknight, and two first-round picks. Adding depth to the Lakers roster would be a good idea. The team is also looking for young talent to play alongside James this offseason. However, apart from adding young blood to the roster, there isn’t much that the Hornets trade could offer. Trading Davis for injury-prone Hayward could turn out to be another bad move.

Moreover, multiple injuries throughout Gordon’s career have restricted him from making crucial playoff appearances. Recently, Gordon missed out on the Play-in game against the Atlanta Hawks. Therefore, if the Lakers aim to make a long run in the NBA championship in 2023, Hayward might not be the right fit for their roster. The 32-year-old averaged 15 points per game with 4.6 rebounds. But Gordon lacks crucial experience in under-pressure situations of the postseason.

On the other hand, Washington seems to be a more favorable option for the Lakers. He offers versatility with his talent of being able to play in the fourth and fifth positions. In addition, the 23-year-old possesses good scoring skills from the outside and can defend as well. However, the 2020 Rookie of the Year averaged 10.2 points per game with 6.2 rebounds. At the same time, Anthony Davis averaged 23.2 points and 9.9 rebounds per game in the forty games.

Thus, both Hayward and Washington would have to make up for the loss of the 29-year-old. Davis is an eight-time All-Star and a good friend to LeBron James. The duo led the Lakers to the 2020 NBA Championship. Hence, there is no doubt that they can do it again if Davis stays healthy next season. And, it is highly unlikely that Anthony Davis will be traded to the Charlotte Hornets this offseason.