Sergio Perez’s Struggling Weekend In Montreal Comes To An End After An Early Retirement At The Candian Grand Prix! 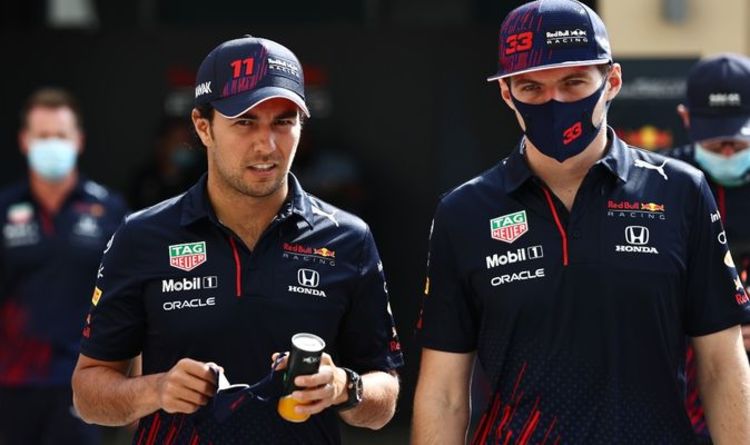 Unfortunately, Sergio Perez was forced to retire at the Canadian Grand Prix on Sunday for the second time this season due to a mechanical error. The Red Bull driver faced some issues with the gearbox. This led to his RB-18 coming to a halt at turn eight. As a result, the Virtual Safety Car was triggered to get Checo’s car off the track. An unexpected retirement in Montreal was a big blow to the Mexican drivers’ championship run as his teammate Max Verstappen extended his 21-point lead to 46 points after a win at the Canadian GP.

Perez had a rough start to the weekend as he struggled through Friday before crashing during the qualifying on Saturday afternoon. The 32-year-old ended up locking his front tires and ended up hitting the barrier during Q2. Unfortunately, Perez had to start P13 on the grid on Sunday. And because of the mechanical malfunction, Perez had to face his second retirement of the season after Bahrain. Although Mick Schumacher also retired on Sunday due to a mechanical situation on turn eight. And Sergio Perez’s retirement allowed the two Mercedes drivers, Lewis Hamilton and George Russell, to finish P3 and P4.

Perez revealed on the team radio that he had lost his engine and was stuck in gear. Meanwhile, Max Verstappen took advantage of the Virtual Safety Car and went for an early pit stop. Naturally, the Red Bull boss was disappointed with Checo‘s retirement. He revealed that his team thought it was a gearbox issue. However, Horner said they would have to get the car back to the factory to find out more about the problem. The team principal explained that Perez lost his drive and how disappointing it was for the Checo. Moreover, Christian felt that Sergio Perez could have been very quick on Sunday if he had not retired.

Team Principal Christian Horner was asked if Red Bull were worried about having the same issue with Verstappen’s car during the race. The Red Bull team boss said that there was definitely a concern in the Red Bull camp. However, the team just got out of their concerns and focused on doing their best for Max. Christian further added, “He’s obviously on a different strategy to the two car ahead so it will be interesting to see how that pans out.”

Therefore, reliability has become a huge concern for all the teams this season. As it is evident, frontrunners are also struggling to finish consistently.