The Lakers Are Left Hanging Amid Frustrating Negotiations Between Kyrie Irving And The Nets! 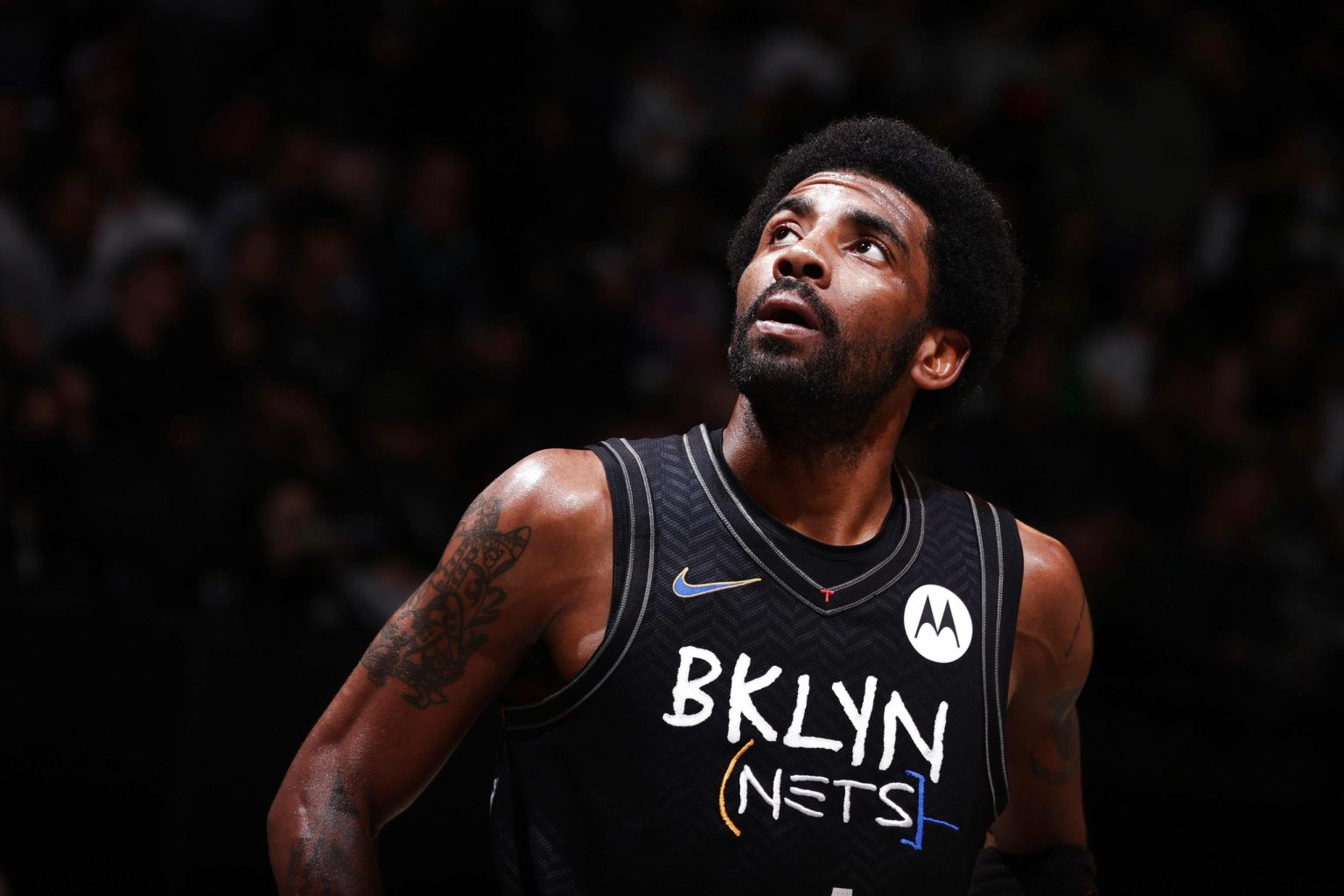 Kyrie Irving is set to enter free agency next Wednesday as he has not agreed with the deal offered by the Brooklyn Nets. Irving has given the Nets six preferred destinations if he decides to leave the franchise. However, there is limited interest in the seven-time NBA All-Star among the teams, with Kyrie having a $36.9m player option. Recently, NBA Inside Adrian Wojnarowski revealed that the negotiations between The Nets and Irving are turning acrimonious as the two parties look for the latters’ next destination for the 2022-23 season.

Further, the NBA expert said that the only team with a real interest in Kyrie Irving is the Lakers. However, he believes that offering the Bets point guard a contract bigger than $6.3 million seems highly unlikely for LA. Adrian also pointed out that the concern for the Nets is not just Kyrie’s future but Kevin Durant’s future as well, and if the team would be able to hold things together. However, SNY’s Ian Begley reported that Brooklyn’s owner Jos Tsai and coach Sean Marks are pretty sure about where they currently stand in the negotiations.

Lakers Are The Only Franchise With Real Interest In Irving

Adrian further said there wasn’t enough interest for Irving among several other teams, and the Lakers might be the only ones hanging by a thread. The most interesting thing would be to find out if Irving would go for his $36.6m player option. Moreover, the 2016 NBA champ had a rough last year as he lost $17m for not being vaccinated. His huge sneaker deal with Nike also went south. Irving has been on shaky ground with the sneaker brand in recent years. Nike has reportedly informed the 30-year-old that their relationship at a lucrative level has reached its end.

Meanwhile, Woj pointed out that even if the Lakers are willing to reunite LeBron James with Kyrie Irving, there is very little hope of pulling it off other than the Westbrook-Irving trade. Adrian shared that LA would not be able to play Kyrie for more than $6 million next season, except if they do something really creative and smart. Moreover, he mentioned that the Lakers could clear some cap space. It would allow them to sign Irving on an extension deal commitment in the future. However, taking a $30 million pay cut just to walk away from the Nets would be a huge gamble.

Moreover, it is uncertain what the Nets have in mind for Kyrie. But, Woj predicted that the Nets could offer him a 2-year, $84 million contract. However, the offer is far from Irving’s demand for a five-year, $245.6 million contract. The Nets point guard has until next Wednesday to figure out the negotiations before free agency kicks off.

However, he can stretch the negotiations by opting out and exploring the free agency market in June. This would also give the Nets the time to focus on their roster. Then, they could figure out the solution for the Irving and Durant problem. Meanwhile, the Lakers would have to pull off something incredibly smart to bring Irving to their roster with limited resources.