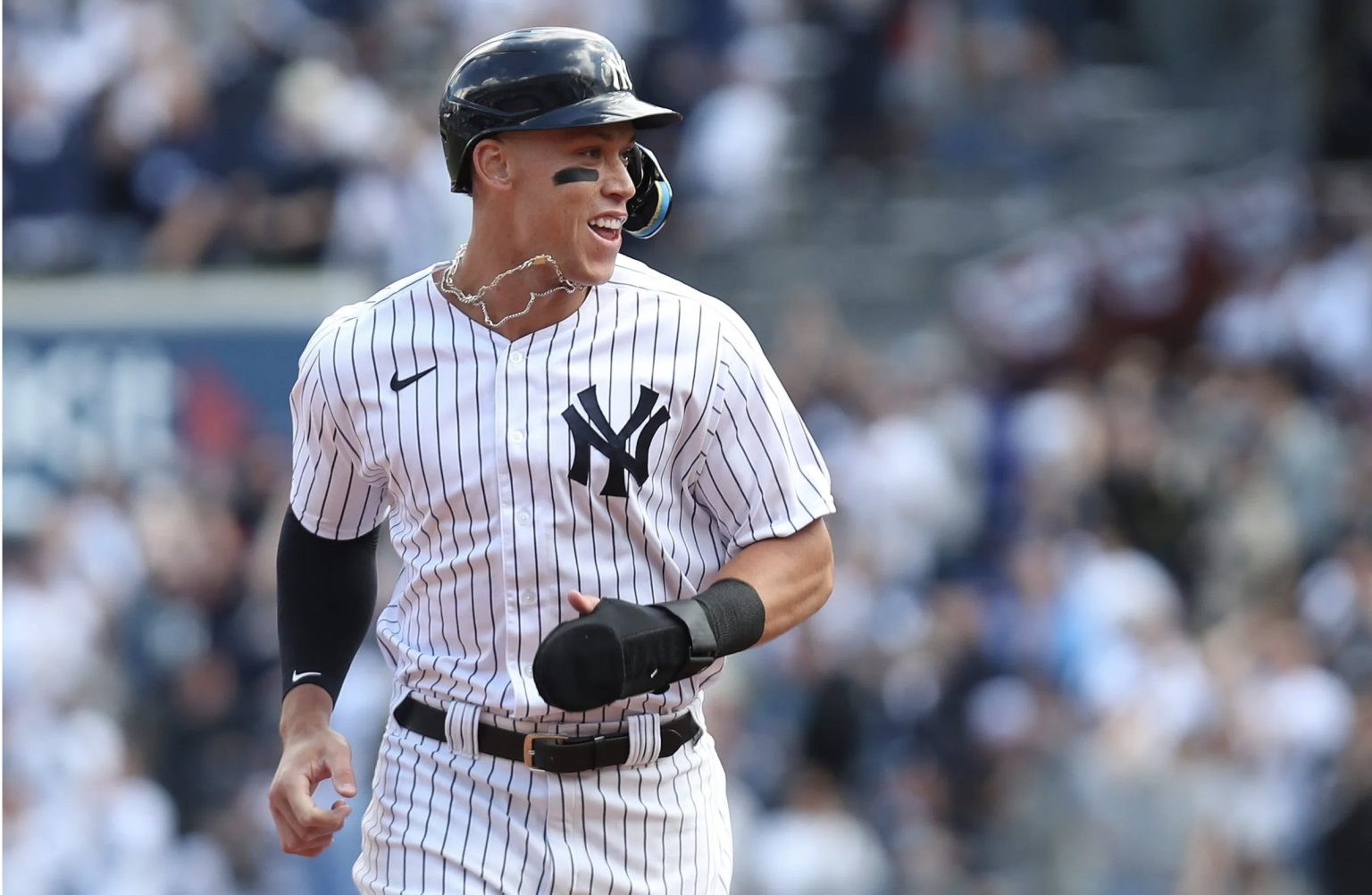 On Friday, the New York Yankees and their outfielder Aaron Judge finally settled on a $19M pay ahead of his salary arbitration hearing. Judge arrived at the players’ association office in Manhattan for the hearing. But, the court process never started because both parties decided to settle outside the court. By around 12:45 pm, the three-time All-Star and the Yankees agreed on a $19 million one-year contract, as confirmed by ESPN. Thus, the Silver Slugger winner is still set to enter the free agency after the end of the World Series.

The Yankees offered a $17M salary while Judge demanded $21M when the two parties exchanged figures in March. However, they could not settle on a number and had to take legal help to solve the matter. Apart from the $19m salary, Judge could also make an additional $500,000 in award bonuses, along with $250,000 each for the MVP and the World Series MVP award. The Yankees outfielder told that the timing for the arbitration hearing was bad. However, the 30-year-old was all suited up and ready to go if required.

After settling on Friday, Juge also appeared to play during the night game against Huston, which the Yankees lost by 3-1. Following the match, the 2017 Rookie of the Year said they were able to agree on a number and settle the issue. Aaron was thrilled that he did not miss the game. He added that he would have missed the game if the matter went ahead for the hearing, and it did not sit too well for the Yankees slugger. Moreover, Judge said, “I valued playing this game tonight with my teammates, trying to battle it out.”

Will The Yankees Succeed In Retaining Juge?

Aaron Judge is set to become a free agent after the season. The Yankees offered the outfielder an eight-year, $230.5m deal which was further extended to $234m. However, Aaron’s representatives asked for a nine-year deal equivalent to the LA Angels’ outfielder Mike Trout’s $319.6m salary. The Yankees could not close the deal, which could result in the Judge entering the free agency at the end of the season. Talking about the long-term deal, Judge said that the discussion would happen when the season is done.

Meanwhile, Judge’s teammate and the team manager Boone were also happy that Judge avoided the hearing. Pitcher Luis Severino shared that it was not good to go in that room. He explained that Judge would have been forced to hear the Yankees say why he did not deserve the $21m salary, which would not have been good for the team. Judge is having perhaps his best season in the MLB. He is leading the runs, homers, and the slugging percentage. He has hit 27 home runs with 53 RBIs in 68 games while batting at .299. The 30-year-old is heading towards his fourth All-Star and has led the Yankees to a magnificent 52-19 record this season.

Elsewhere, Yankees manager Aaron Boone was also happy that the whole matter was behind Judge and the team. Boone was happy to have Judge at least for the current season. He has also hoped that the franchise would be able to sign him back.