NBA’s No. 6 Draft Pick Challenges LeBron James! Wants To See How Great The King Is 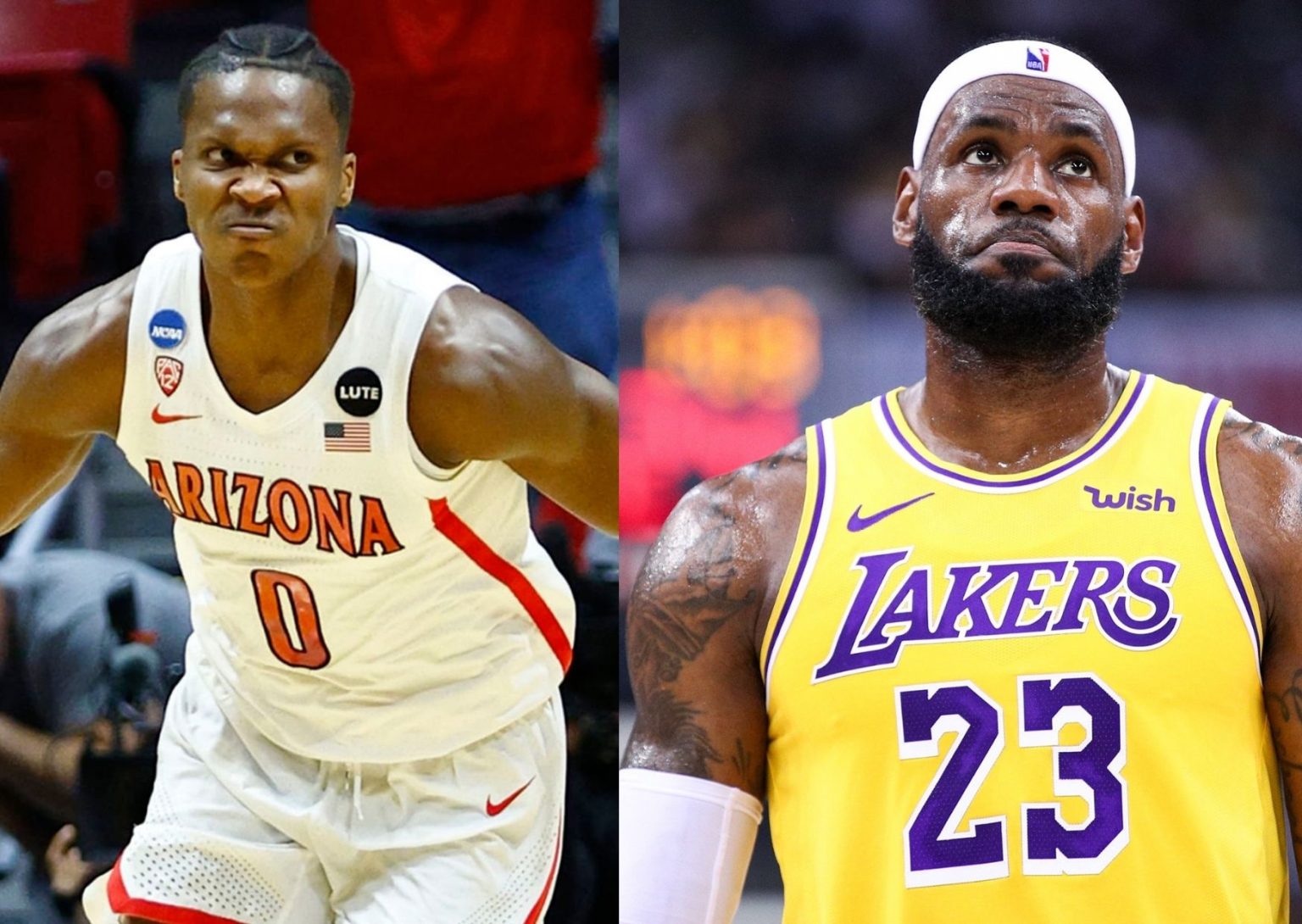 LeBron James is undoubtedly one of the greatest players in NBA history. The four-time NBA champion is set to play his 20th season and is the second highest scorer in league history after Kareem Abdul Jabbar. He has been a part of an uncountable number of rivalries throughout the course of his career. The King has repeatedly proved that he is a fierce competitor whose passion for the game is immeasurable. However, James was shockingly challenged by the Indiana Pacers’ rookie Bennedict Mathurin. In the pre-draft interview, the No. 6 draft pick questioned the King’s greatness and claimed that he is not afraid to go up against the Lakers legend.

While speaking to the Washington Post, the Arizona graduate was asked which matchup he was looking forward to in his rookie season. The 20-year-old shooting forward quickly commented, “LeBron James and the LA Lakers.” Benedict said that a lot of people say James is great. So, he would like to see for himself how great LeBron is. Mathurin did not think anybody was better than him. He added, “James’ going to have to show me he’s better than me.”

The NBA rookie has not played a single game in the league. But, he used some strong words even before the Indiana Pacers picked him. Benedict played two seasons for Arizona. The rookie 17.7 points per game with 5.6 rebounds and 2.5 assists in his second stint. While Pacers fans would have enjoyed Mathurin’s confidence, the 20-year-old might have landed himself in big trouble picking a fight against LeBron James.

Apart from being the champion four times, LeBron James is an 18-time All-Star, with four Finals MVPs, and regular season MVP each. At the age of 37, LeBron put up an MVP performance averaging 30.3 points with 8.2 rebounds and 6.2 assists per game. He also came close to winning the scoring title. But James could not qualify after missing the final few games of the regular season due to an ankle sprain. In addition, the last time King James played against the Paces, he put up 39 points, leading the Lakers to a 124-116 win.

Lebron also showcased his Silencer celebration and Sam Cassell’s infamous dance, adding to Indiana fans’ misery. Thus, it will be interesting to see how Benedict Mathurin will perform when the Lakers go up against the pacers next season. LeBron James will definitely enter the tournament with a winning mindset. He will be dedicated to leading the Lakers to the postseason and giving them a chance to win another championship.