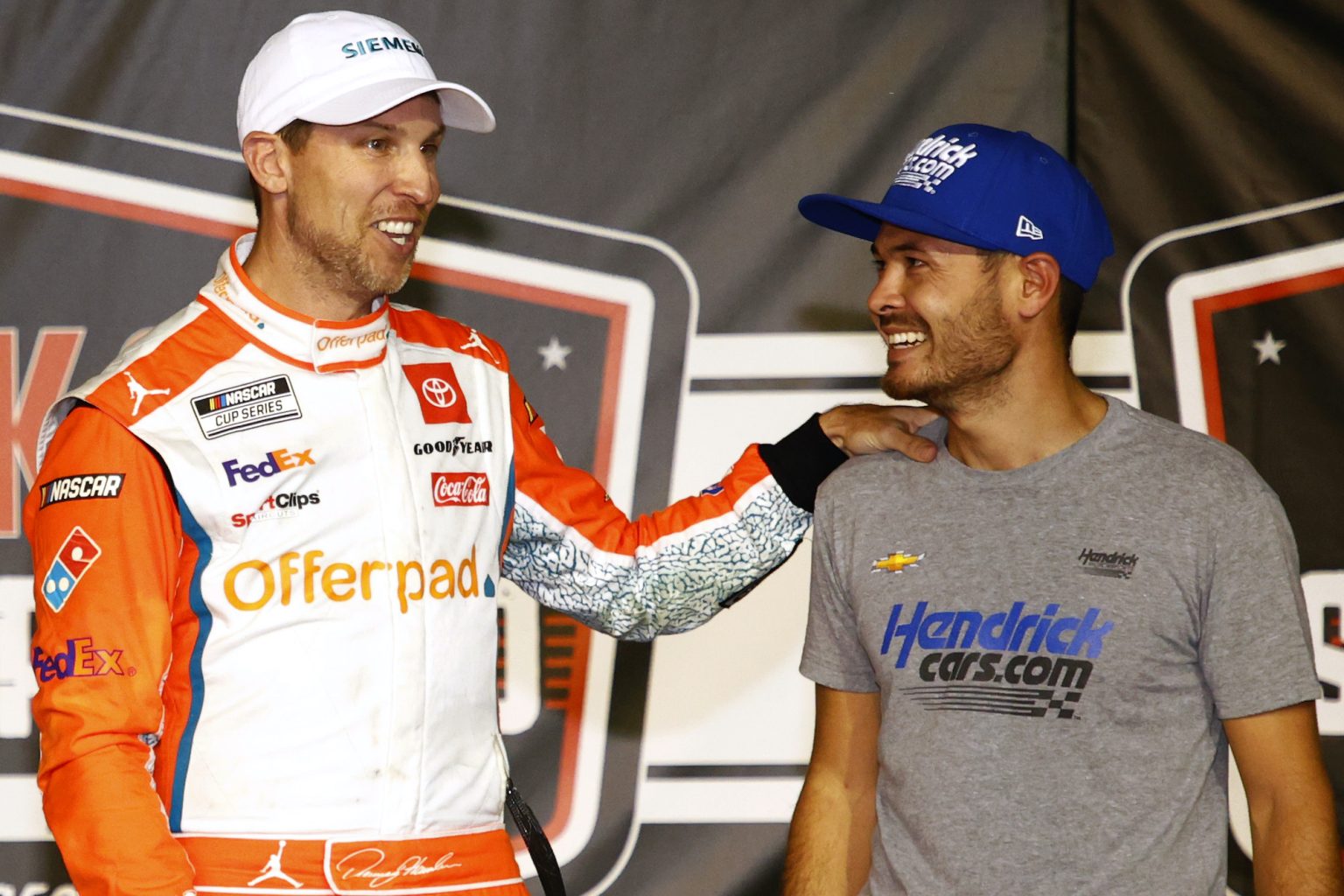 On Tuesday, NASCAR announced that Denny Hamlin would begin the sensitivity training procedure at the end of the week. Things got a little heated up on Twitter when Hamlin posted a racial meme directed towards his good friend Kyle Larson. The Joe Gibbs Racing driver’s post depicted a stereotype about female Asian drivers from The Family Guy. Moreover, Denny shared the post after Larson’s move during the final lap at Talladega Superspeedway. The reigning champ’s sudden move led to a crash between Hamlin’s 23XI teammates Kurt Busch and Bubba Wallace. Larson is of Japanese descent. Hence, the racing body got involved in the matter following the stereotypical meme.

As per NASCAR’s Cup Series rule book, members shall not make a public statement that ridicules, criticizes, or disrespects another entity based on their color, race, nationality, creed, sexual orientation, marital status, religion, age, or disability. If a member fails to follow the rule, the consequences could result in a fine, indefinite suspension, or termination. However, the racing body decided to enforce sensitivity training. Because the meme was not intended to hurt Larson or question his racial integrity.

Further, Toyota supported the racing body’s decision to mandate sensitivity training for Hamlin in a statement. The automaker manufactures all cars for JGR and 23XI. Moreover, Toyota stated that they had spoken to Hamlin regarding his racial tweet.

Denny Hamlin received a lot of critical comments on Twitter after he shared a Family Guy meme about Larson. The 41-year-old deleted a post immediately and issued an apology later. Denny informed the fans that his post was offensive. And it was a poor choice of memes. It came out completely wrong from what Denny had intended, and he apologized. Moreover, Hamlin and Larson are buddies. His meme did not intend to hurt Kyle. However, his post was still against NASCAR policy. Therefore, he will undergo sensitivity training later this week.