NASCAR: Hendrick Motorsports Receives A Five-Year Extension From Valvoline Until 2027! 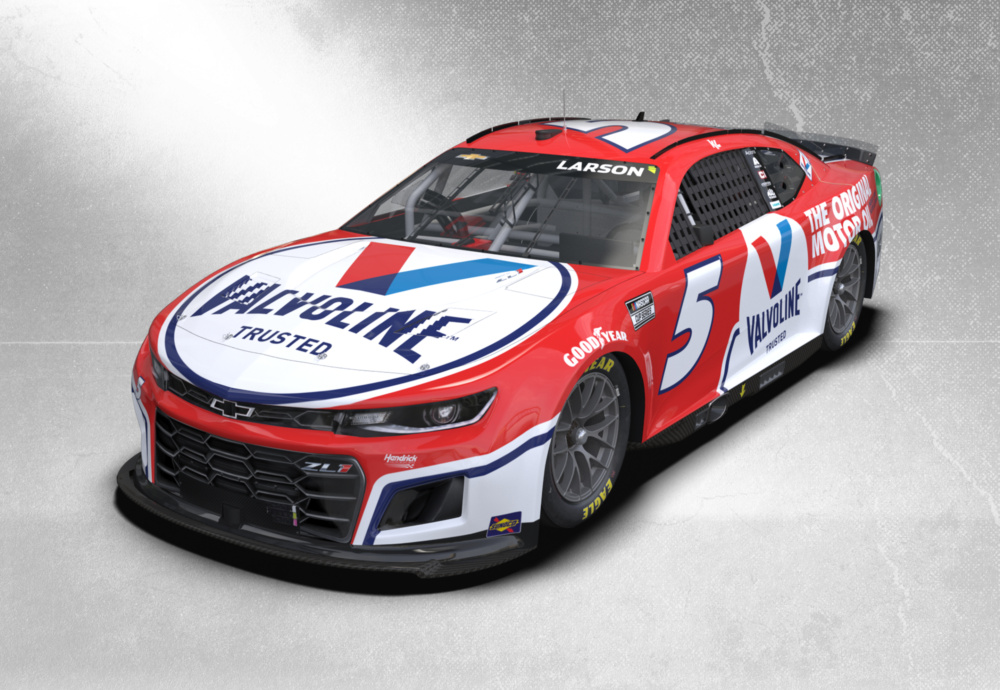 On Tuesday, Hendrick Motorsports announced a partnership-extension deal with Valvoline, which will take them up to 2027. The new five-year agreement will keep Valvoline as the primary sponsor of the 2021 NACAR CUP Series Champ Kylie Larson for three races and his teammate William Byron for two races. Moreover, the automotive oil brand will also be a major associate sponsor for the team’s all the Chevrolet race cars.

Valvoline will also continue to be the presenting sponsor at the annual Randy Dorton Hendrick Engine Builder Showdown. The event hosts the team’s engine builders and Hendrick Automotive Group master technicians every year. Moreover, Valvoline extended its program for the team, adding primary sponsorships to Larson’s No.5 and Byron’s No. 24 Chevrolet. The five annual primary races witnessed an increase of three races in the last three seasons.

Meanwhile, Valvoline has added a sixth primary race in 2022. They would be featured on Byron’s car for the upcoming Cup Series event at Nashville Superspeedway. The racing team owner Rick Hendrick released a statement announcing the news. He stated that Hendrick Motorsports are extremely proud of its partnership with Valvoline. He shared that both the parties have enjoyed immense success on the track and in their dealership due to Valvoline’s commitment to quality and innovation.

In addition, Hendrick pointed out that the extension of the partnership will allow them to continue using the best products in their race cars and the vehicles of customers across America.

Valvoline Excited About The Extension With Hendrick Motorsports

Hendrick Motorsports has won NASCAR-best three Cup Series championships in 2016, 2020, and 2021. They have been used with Valvoline products since 2014 in their Chevrolet racing engines. The products have provided them with the reliability to win consistently.

The senior vice president and chief marketing & transformation officer at Valvoline, Heidi Matheys, was thrilled by the extension. Heidi shared that Valvoline was excited to continue their partnership with Hendrick’s Motorsport and Automotive Group. Moreover, Matheys told that their decade-long partnership had driven success for both the parties on and off the track. He added, “We look forward to driving more wins with the amazing Hendrick organization in the future.”

Elsewhere, Chase Elliot is currently on top of the NASCAR Cup Series rankings with 536 points. He has secured three top-5 finishes and a win. Thus, Hendrick Motorsports have a good chance of clinching the championship yet again this season.