Max Verstappen’s Former Teammate Explains Why It Is Hard To Be The Reigning Champ’s Teammate, Slams Rumors About Max’s Arrogance! 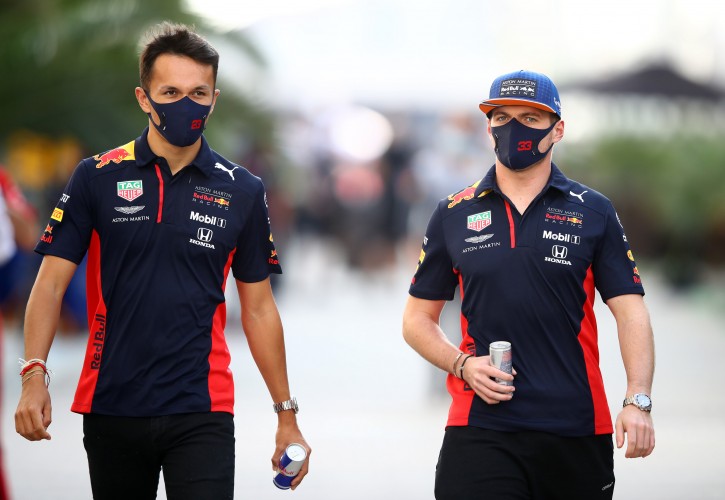 Recently, Williams driver Alex Albon shared insight on his former Red Bull teammate Max Verstappen’s driving style. Albon was with Red Bull during the 2020 season. However, the Thai driver had a tough time adapting to the car and matching the performance of Max. Unfortunately, in 2021, Sergio Perez replaced Alex as the Dutchman’s teammate after a tough season. Albon explained why there is a huge difference between Verstappen and his teammates on the racing track.

In an F1 podcast titled “Beyong the Grid,” Alex Albon revealed why Max’s teammates struggle driving with him. The 26-year-old compared Max Verstappen to Marc Marquez from MotoGP. The Spanish motorcycle racer has won six championships for Honda since his debut in 2013. However, his teammates have always struggled to adapt to Marquez’s driving style. Albon said Marc has a pretty special driving style, and he works wonders with it.

Alex further pointed out that the teams have no reason to make changes as long as the racer delivers. The Williams driver said Max is just like Marquez, and Red Bull prioritizes him just like Honda. Albon shared that Verstappen wants to have fun, but it is not easy for his teammates to follow him closely. Further, Alex added, “Max is on the limit. And he likes a car that’s stuck to the nose.”

Albon also clarified that Sergio Perez felt the same things last year. He commended Checo for doing a fantastic job this season. Alex feels that the balance has shifted a bit this season due to new regulations and new cars. The former Red Bull driver told, “Max is enormously talented and wants to have the car in a certain way. And that makes it difficult for the others.”

Max Verstappen likes to spend his time away from the prying eyes of the media. Moreover, the reigning world champ is infamously too-direct about his opinions, making critics think he has an arrogant personality. However, Albon denied the accusations about Verstappen’s arrogance. The Thai racer suggested that Verstappen is one of the most direct and straightforward people. He had a great deal of self-confidence even before winning the championship last year.

Further, Max’s former teammate revealed that the Dutchman is not political and likes to let his actions on the racing track speak for himself. Alex concluded, ” He is very determined, very hungry, and knows what he can do. But he is not arrogant.”