Los Angeles Lakers Firing Frank Vogel After 2022! Who Are The Potential Contenders To Replace Vogel? 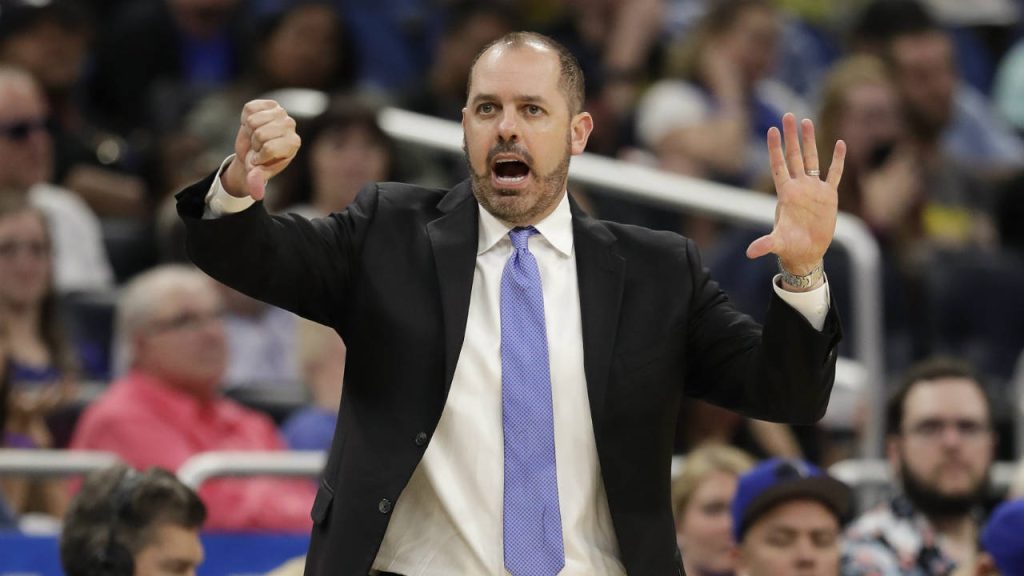 LA Lakers are on the verge of getting eliminated ahead of the 2022 play-ins. A loss on Tuesday against the Western conference leader Phoneix Suns could prove to be a nail in the coffin for the Lakers’ nightmare 2021-2022 season. If the Lakers lose and the San Antonio Spurs win over the fifth-ranked Nuggets, all hopes of the Los Angeles team making it to the play-in tournament would be over. The Lakers have not been able to pick themselves up this season.

With a series of injuries, inconsistencies, and misfortunes, LA have not been able to find a way to win consistently. The LA team is two games behind the Spurs in what seems to be a fight for the 10th seed in the Western Conference. Moreover, the San Antonio team also holds a tie-breaker over the Lakers. After a disappointing season. The Lakers higher-ups might end up firing Frank Vogel after the end of the season.

LA has won only 10 matches and lost 27 of them after the All-Star break. Their win-loss ratio is worse than the Portland Trail Blazers with 11-26, who stands in the 13th spot. A Western Conference official commented that the Spurs were not even trying to make it to the play-ins. They were just trying to tread the waters, and the Lakers just kept on losing.

Experts think that the Suns could literally put the Lakers out of their misery in what has been a terrible season. After the possible end of Los Angeles’ 2021-22 campaign, the Lakers are expected to part ways with their head coach Frank Vogel. As per the sources, Vogel will have to bid farewell to the Lakers, leaving a top position vacant in the team. However, a long list of potential candidates could replace Vogel for the next season.

Who Could Replace Vogel As The Lakers Head Coach?

Utah’s head coach, Quin Snyder, is the first candidate who seems to be a frontrunner in the race for the head coach’s position at the Lakers. Earlier this month, Marc Stein reported that the Jazz’s head coach could be the possible replacement for Vogel. Snyder served as an Assistant coach for the lakers under Mike Brown in 2011-12. However, Synder seems to be focused on Utah now as he told the Sal Lake tribune that his focus was on his guys at Utah.

Snyder felt that it was disrespectful to address such kinds of hypothetical questions. Synder might have blown the speculations away, but that does not mean he is not interested in joining the Lakers. The Utah Jazz has lost six of their last seven games. The Jazz is hoping that the partnership between Donavan Mitchell and Rudy Gobert will take them forward during the postseason. Synder could be a possible contender to succeed the Spurs’ president Gregg Popovich in 2023. However, NBA insiders speculate that Snyder is interested in taking up the huge role at the Lakers.

The Philadelphia 76ers’ head coach, Doc Rivers, is also amongst the candidates who could take over the potential vacant position. Rivers’ authority as the team’s coach was tested when Philadelphia’s CEO Daryl Morey acquired James harden at the last moment. The move has led to the speculation that Rivers could be replaced by Harden’s former Rockets coach Mike D’Antoni. Rivers could also replace Quin Snyder at the Jazz if he chooses to move on with the Lakers. Rivers was Boston Celtics’ head coach from 2004-13 under Utah’s current CEO, Danny Ainge.

The Lakers prefer candidates with experience and past associations with the team. Mike Brown has got them both. He is currently the assistant coach for the Warriors this season. However, Brown has shown interest in leaving Golden State for the head coach’s role in other teams.

Moreover, the Lakers’ senior basketball adviser, Kurt Rambis, is also a potential candidate to replace Vogel. Rambis acted as an interim head coach for the Lakers before returning to the front office and is unlikely to return to his role as a basketball coach. It will be quite a competition when the higher-ups at the Lakers decide to choose the right fit for the potential vacant position after Vogel’s exit.