Lakers Rumors: LA Taking Serious Interest In Quinn Snyder To Be The Next Head Coach! 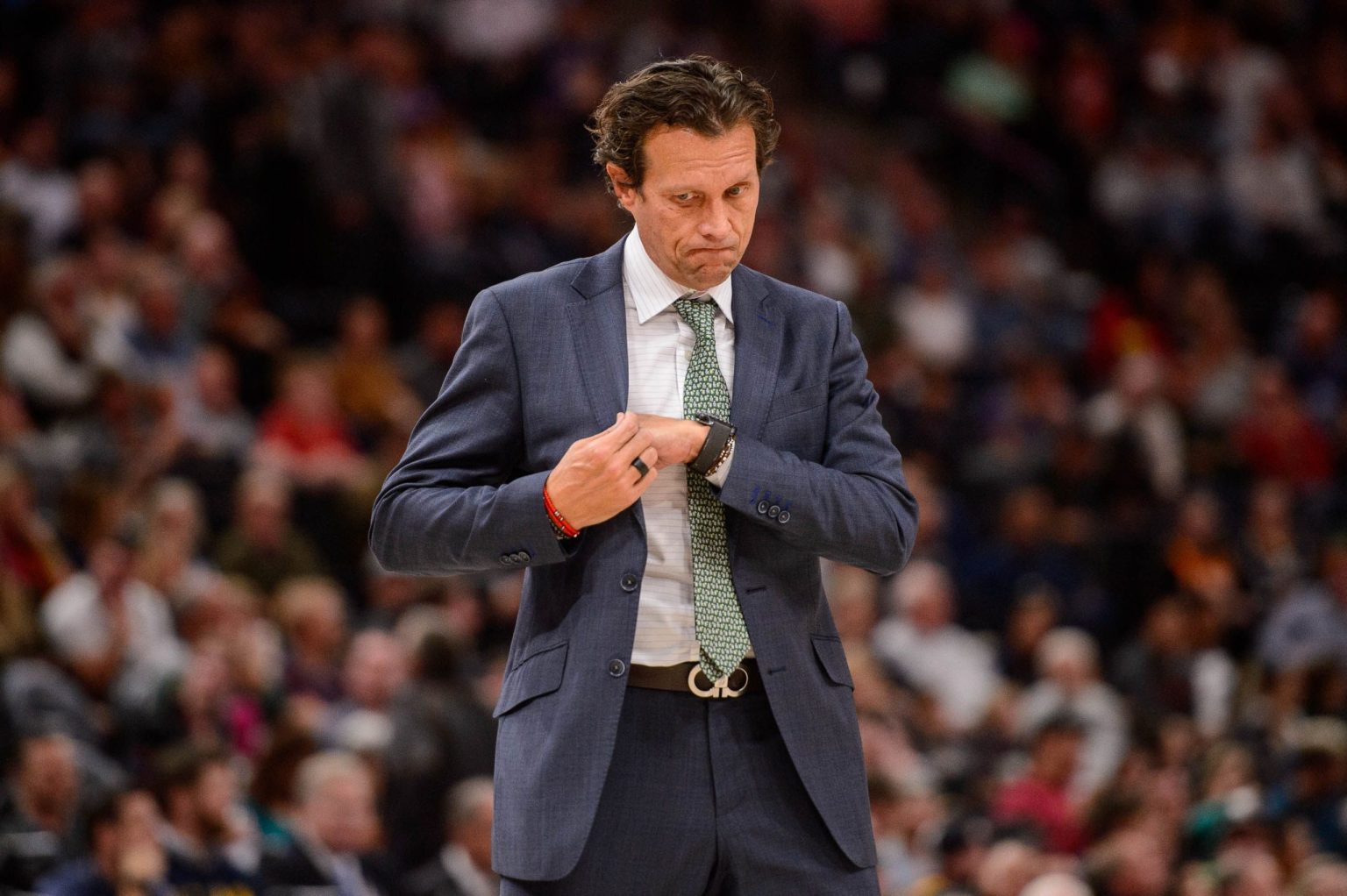 The Los Angeles Lakers fired their 2020 championship-winning coach, Frank Vogel, seconds after the end of their disappointing run this season. The Lakers finished 11th in the Western Conference with a horrific record of 33-49. With this, the franchise failed to qualify for the playoff while they were considered the favorites in the pre-season.

With Vogel out of the picture, the Lakers front office has started an extensive search for the next head coach. Without a head coach, LA would not be able to move forward with rebuilding their roster this offseason. However, one man clearly seems to be the frontrunner for the head coach’s position in Los Angeles. Rumors about Quin Synder replacing Vogel surfaced in March even before the franchise got rid of Frank. The Lakers need an established entity to command the locker room and take them to a much-needed championship title next season. And Quin Snyder certainly seems the right fit for the Lakers. Snyder has served as an assistant coach in LA under Mike Brown during the 2011-12 season.

Moreover, the Lakers front office is keen on working with people who have been a part of the franchise before. Hence, Quinn might have the perfect opportunity to leave Utah and start a new journey with the Lakers. NBA Insider Marc Stein recently reported that LA would possibly hire Snyder for the head coach’s position this off-season.

Will The LA Lakers Hire Quin Snyders As Head Coach?

As per several sources, the Lakers are seriously interested in bringing Snyder as the successor of Frank Vogel. So, there is an ongoing skepticism in coaching circles that Snyder would want to move from Utah to take over LeBron James-led Los Angeles Lakers in their current state. Quin has enjoyed a considerable amount of control and influence in Utah. But now, he would like the challenge to turn things around for the Lakers after the never-ending chaos that Vogel failed to handle in the last two seasons.

Although, the Utah Jazz coach might have some doubts about joining the LA after how the franchise handled Frank Vogel. The former Lakers coach was not allowed to choose any of his primary assistant coaches. Moreover, Vogel had to bear with the Lakers’ front office advisor Kurt Rambis’ constant input on every matter. Meanwhile, Snyder has one more year left on his contract with the Utah Jazz. However, Quin has repeatedly declined the Jazz front office’s contract extension offer.

Thus, Snyder has an option of a contract renewal in the 2023-24 season. With one year left in his contract, the Lakers might have to offer a draft compensation to the Jazz in exchange for Snyder. The Jazz is unlikely to fire Snyder, and hence the Lakers will be forced to negotiate a deal. The Utah Jazz head coach will host a press conference next week where he will be asked questions about his future in Utah. Therefore, Snyder might give the Lakers fans a fair idea of what is going on behind the curtains. Synder and the Lakers are both interested in each other, and the partnership could prove to be handy in the future.