Formula 1: Pierre Gasly Retains His AlphaTauri Seat For 2023! McLaren’s Brown Talks About His Bond With Ricciardo. 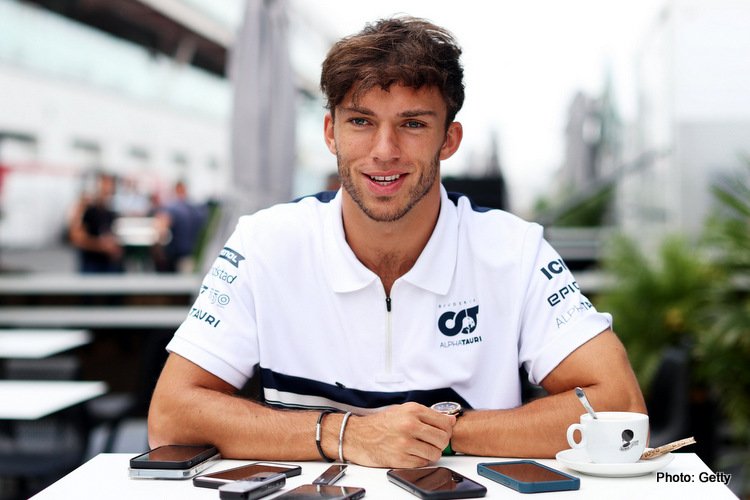 Pierre Gasly has been in a complicated situation with Red Bull for years now. He joined the racing team in 2019 and had been waiting for his chance to race for them in F1. However, Verstappen and Perez’s contracts have restricted Gasly from racing for the 2022 season leaders. As a result, the Frenchman joined AlphaTauri in 2020. The 26-year-old is among the top-tier F1 drivers and was expected to get a Red Bull seat in 2023. However, Perez’s recent contract extension has cut off all chances of Gasly racing for Red Bull in 2023. Therefore, the French driver has decided to stay one more season with AlphaTauri, as most big teams have their drivers already set. Recently, the AlphaTauri team principal Franz Tost revealed that Pierre Gasly will stay with the team during 2023. He said on Saturday, “This is 100% confirmed.”

Last weekend in Baku, Gasly was unsure about his stay with AlphaTauri. The 26-year-old said that he was interested in racing for wins and not just points. His statement led to speculations that Gasly might try to part ways with Red Bull. However, Tost silenced all the rumors by confirming that the Frenchman would stay with the Scuderia AlphaTauri in 2023. When asked how Gasly agreed to stay, Franz responded, “He has a valid contract, there’s nothing more to say.”

McLaren has been fighting hard to stay competitive with the Mercedes for the third-fastest team’s position across the greed. While Lando Norris has done well for the team by securing consistent points, Daniel Ricciardo has really struggled this season. While the Australian driver’s contract with McLaren will end in 2023, team boss Zak Brown said that there was a loophole in the contract, which could result in ending the contract earlier. He warned Ricciardo openly that if his performance did not improve for the remaining part of the season, McLaren might have to let him go at the end of the 2022 championship.

Brown shared that his relationship with Daniel had never been better. When asked about how his and Ricciardo’s relationship changed since the announcement last month. Zak accepted that McLaren also bears some responsibility for Ricciardo’s struggles by not giving him and Norris cars good enough to compete with Red Bull and Ferrari. He added that everyone saw what Ricciardo and Norris could do when they had a strong car in Monza last year. Moreover, the McLaren boss stated that the team needed to focus on giving their drivers a better car. He added, “I think Daniel is highly motivated and he has all of our support.”