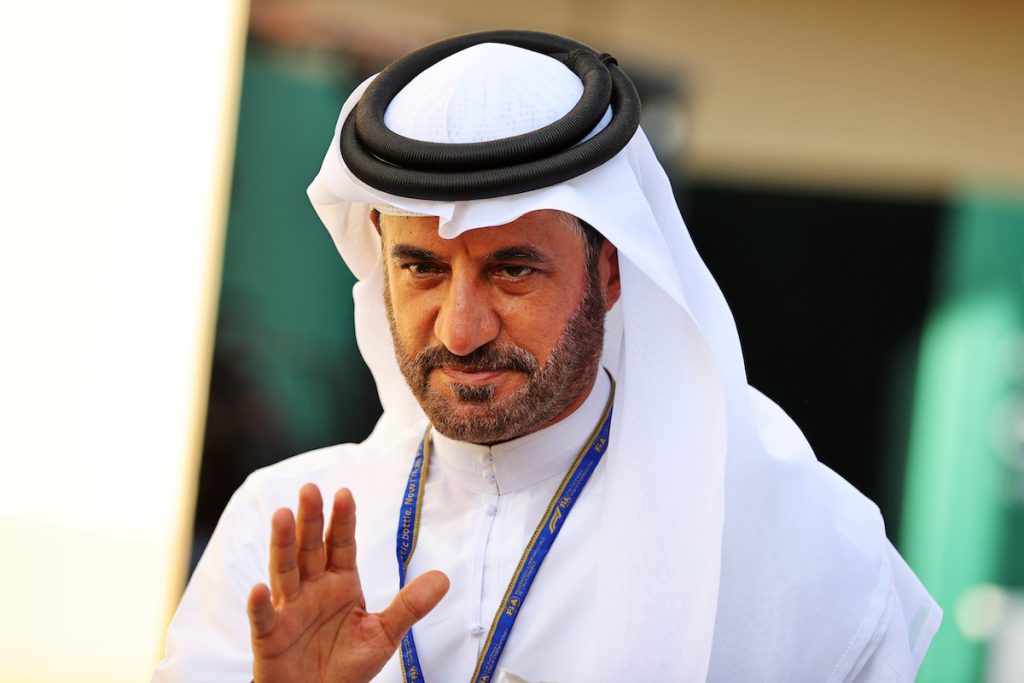 The FIA has been under immense scrutiny during the 2022 championship due to a series of controversies that have emerged so far. The governing body’s president Mohammed ben Sulayem has attracted a great deal of attention for clearly targetting Lewis Hamilton in the jewelry row and other similar instances so far. Sulayem recently targeted Lewis Hamilton, Sebastian Vettel, and Lando Norris. This is for using their influence and popularity to raise humanitarian concerns like human rights, LGBTQ+ discrimination, and mental health in the last few years.

Drivers have actively spoken about the issues as they travel across the globe for races and meet with fans. Hamilton and Vettel are both renowned for active stands off the track. They never miss any opportunity to reveal their beliefs and raise a voice against any wrongdoings in the sport and the world. Lewis Hamilton has actively spoken about human rights and racial discrimination issues a number of times. Meanwhile, Vettel wore a flashy T-shirt at the Miami GP with a warning to save the environment. However, the FIA president, Mohammed ben Sulayem, is not too happy about the drivers using the events to give way to political issues. The 60-year-old feels that drivers’ sole focus should be on racing and refrain from imposing their personal beliefs on other people.

Further, Sulayem stated that Niki Lauda and Alain Prost only cared about driving. But, “Now, Vettel drives a rainbow cycle, Lewis is passionate about human rights, and Lando Norris addresses mental health.” The FIA president clarified that everyone has a right to think. However, Mohammed felt that it is all about decision id there is a need to impose those beliefs on the sport all the time.

Sulayem Thinks Drivers’ Beliefs Should Not Be Imposed On Others:

Talking about his background, Sulayem told that he is an international Muslim man from an Arabian culture. But, he does not and would never impose his beliefs on others. Moreover, the FIA boss shared that his operation in UAE has officials from 16 nationalities. He claimed that no other federation has as many people from different nationalities. Mohammed added that his organization has 34 percent women and people belonging to seven religions, with more Christians than Muslims. The former rally driver felt proud of such diversity as it creates credibility and merit. Sulayem specified that he never goes around and poses beliefs. He added, “No, the rules are there. Even now, there are issues when it comes to. For example, jewelry. I didn’t write that.”

There is no way Vettel or Hamilton would stop expressing what they feel after Sulayem’s comments. In modern times where social media have become a new way of raising awareness, the drivers have taken the opportunity to bring people together for the issues that really matter. However, the FIA president thought that F1 and politics must be kept aside. This is to preserve the sport’s integrity and bring the focus back to the on-track action. Sulayem mentioned that some people only see neutrality and governance as to how it suits them. But for Mohammed, the world is black and white. And it is very hard for him to use issues for his benefit.

According to the FIA boss, everyone is here for the sole reason of the sport. He acknowledged that sometimes situations demand politics, but it does not mean they need to be politicians. Sulayem added, “Where do you have the balance? FIA should be careful not to be dragged into politics without forgetting our roots of motorsports.”

Share. Facebook Twitter Pinterest LinkedIn Tumblr Email
Previous ArticleYankees’ Josh Donaldson Gets Booed By Crowd On His Return To Minnesota!
Next Article Verstappen Will Look To Finish Some Unfinished Business At Azerbaijan GP After A Frustrating Retirement In 2021!