Verstappen Will Look To Finish Some Unfinished Business At Azerbaijan GP After A Frustrating Retirement In 2021! 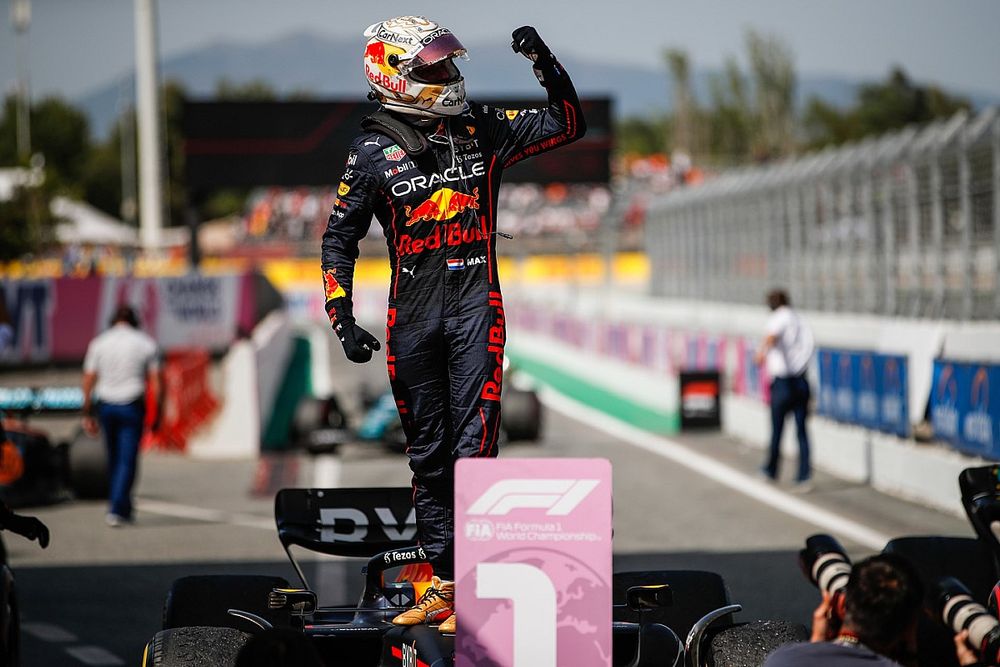 Max Verstappen is going strong as he aims to win his second F1 championship in a row. The reigning world champ is on top of the drivers’ standings with 125 points, four wins, and five podiums in seven races. He has a nine-point lead over Ferrari’s Charles Leclerc, who is second on the table. Moreover, Red Bull’s Sergio Perez is also in the top three after his first win of the season in Monaco. The two drivers’ consistent top finishes have led Red Bull to the top of the constructors’ championship. Not just that, the team is looking forward to building upon their lead during the upcoming weekend in Baku.

Both the Red Bull drivers would look to win during the Azerbaijan GP, and we might end up seeing the two compete for the top finish in Baku on Sunday. Recently, Max Verstappen revealed that he is looking to take care of last season’s unfinished business in Baku.

The Dutchman was on his way to winning the race last year comfortably. However, an issue with his tyres led to a high-speed crash into the barriers with just five laps to go. Max was very disappointed as he missed out on some important championship points due to forced retirement. After that, Sergio Perez went on to take the lead and won his first race for Red Bull Racing. It seems like the 24-year-old has still not forgotten how close he was to winning last year in Baku.

Will It Be Verstappen Vs. Sergio Perez In Baku?

The Dutchman shared that he was looking forward to returning to Baku as he had some unfinished business there after last year. Verstappen said that it is a tricky track with big braking zones and a tight run-off. Thus, the Red Bull driver thinks that it would be difficult for his team to find the best setup for the RB-18. He added that Red Bull would need to get the wing level right during the weekend to be on top.

Further, Max also talked about Red Bull lacking a bit in the qualifying. Thus, the racing team will also be working on their one-lap performance to attain the pole position in Baku. Although Perez won the race in 2021 when Max stumbled in the front. So, the Mexican driver would come to Baku with a recent win under his belt. Hence, Checo would be confident about his chances of repeating the last year’s feat at the Azerbaijan GP. Red Bull has also rewarded Perez with a contract extension until the end of 2024. Sergio was happy with his extension and said that he was satisfied and cheerful with the work they had done as a team.

Further, Perez said that the championship battle is very tight in 2022. Therefore they need to be totally focused. The Red Bull driver revealed that winning his first race for the team last year in Baku was special and brought him great joy. Moreover, Checo stated that he likes street circuits because the drivers can really make a difference. He mentioned that it is very easy to make mistakes when a driver is trying to be on the limit.

However, Perez thinks that is exactly what gives the drivers the extra tenth they need to be competitive. Thus, we can end up seeing some fierce competition between two Red Bull drivers during the weekend as team principal Horner has stated that the team wants to continue winning no matter which driver ends up on top.