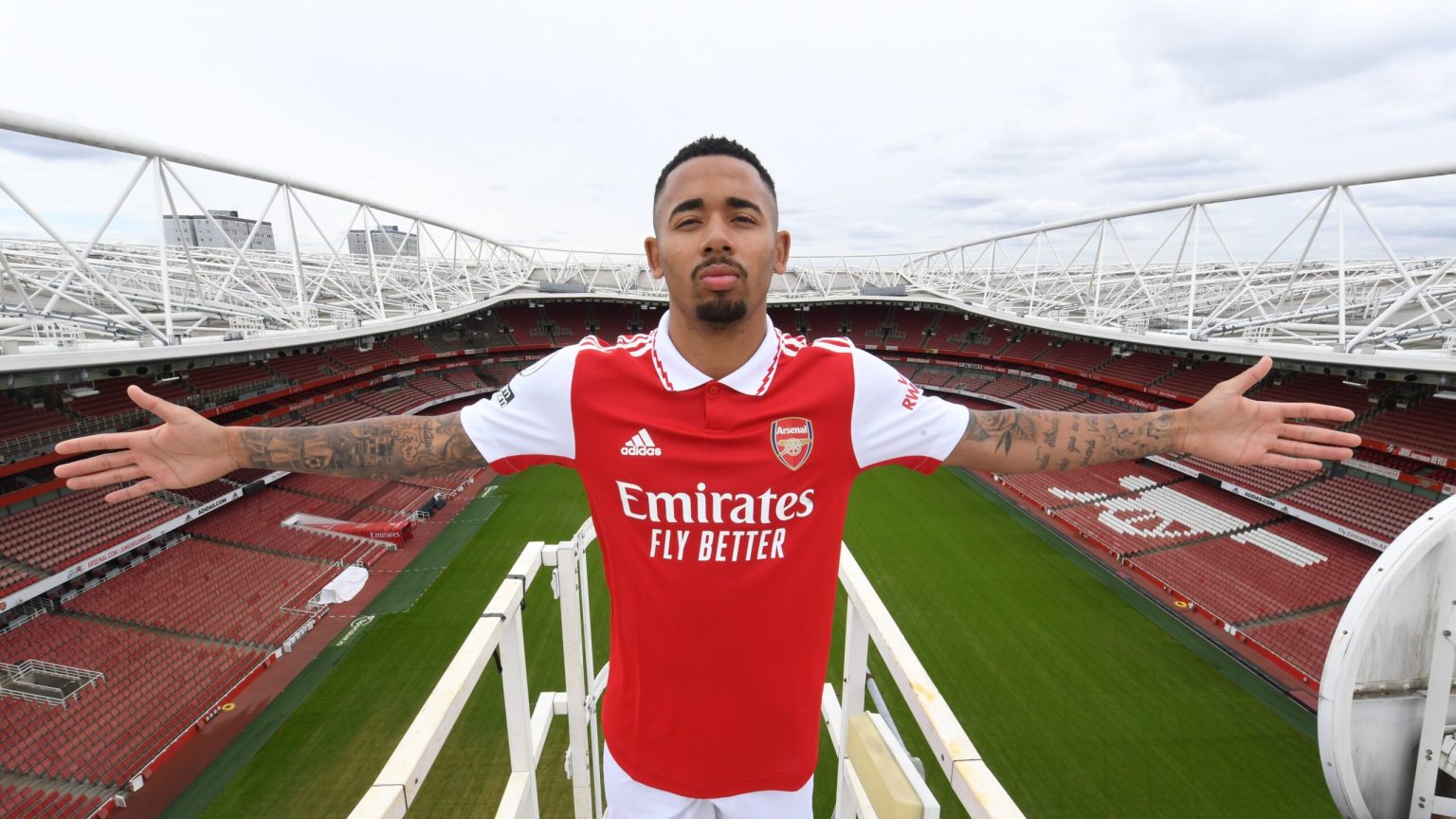 On Monday, Arsenal announced that they have finally closed the signing of the Brazilian striker Gabriel Jesus from Manchester City. The Gunners finally have a new forward man after Pierre-Emerick Aubameyang left for Barcelona and Alexandre Lacazette entered the free agency with a return to Lyon on the cards. The 25-year-old expressed his desire to play more first-team football regularly. However, starting at Manchester City would have been more difficult for Jesus with the signing of Erling Haaland and Julian Alvarez. The Gunners clinched the opportunity and signed the Brazilian International for £45M.

The former City striker has agreed on a five-year deal that would take him to the summer of 2027. Moreover, Gabriel will be seen wearing the No. 9 jersey at the Emirates Club. Lacazette left the number vacant with his exit as Jesus will continue on with No. 9 after donning it for three seasons at City. Gabriel scores 95 goals in 236 appearances after arriving at City from Palmeiras. Last season, he scored 23 goals and 12 assists in 28 starts in all competitions.

However, the lack of regular starts in Manchester City has prompted the Youngster to go for a move to Arsenal. He played as a substitute in more than thirty percent of his 159 Premier League matches. Thus, Jesus will most likely lead the Gunners next season from the front. He would be a great fit with attacking midfielders Fabio Vieira, Thomas Partey, and Martin Odegaard behind him.

The Gunners technical director Edu revealed that everyone at the club was delighted to secure Gabriel’s transfer. He pointed out that everyone who understands football knows how skillful Jesus is. Edu shared that the Gunners have admired the Brazilian for a long time. Moreover, the technical director told that the 25-year-old has consistently shown his high-level game. Thus, Edu and his team were looking forward to Jesus’ inclusion ahead of the season. He added, “We all welcome Gabriel to Arsenal.”

Further, the Gunners manager Mikel Arteta was thrilled with Jesus’ signing. Arteta told that he was very excited about the club doing a tremendous job of getting a player of Gabriel’s stature. The former Manchester City manager shared that he knows the 25-year-old well personally. He pointed out that everyone is aware of Jesus’ success during his time in the premier league. Arteta concluded, “This is a position that has been on our radar for a long time now. We have managed to get a player that we all wanted. So, I’m really happy.”