LeBron James Gunning For A Kyrie Irving Reunion At The Lakers More Than Anyone! 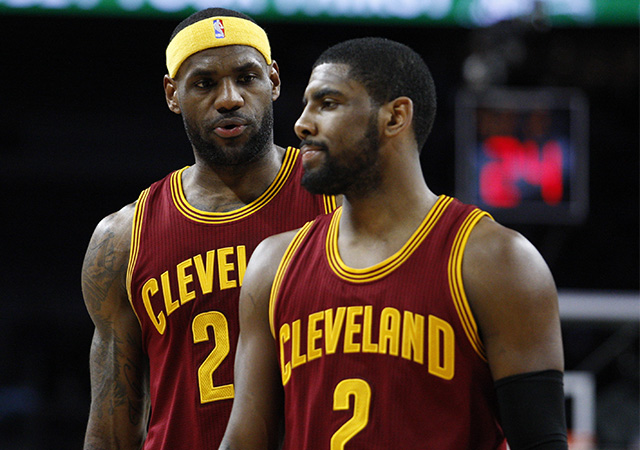 With Kevin Durant requesting a trade, the dynamics around the Kyrie-Irving have changed surprisingly in recent times. The Brooklyn Nets are holding the free agency as they look to find possible destinations for KD. Meanwhile, Kyrie Irving is destined to leave the Nets after Durant’s exit, despite recently taking the $36.5M player option. The Nets refused to agree with Irving’s long-term contract request. And with the player option in place, he is likely to be traded to another franchise this off-season, with the Los Angeles Lakers running at the front. Irving could be a major upgrade for the Lakers as they can trade Russell Westbrook and reunite the championship-winning duo of LeBron James and Kyrie.

Moreover, NBA Insider Marc Stein has reported that LeBron James heavily favors reuniting with Irving at the Lakers this season. Stein revealed that Brooklyn insists that the trade talks with the lakers are in preliminary stages. However, Chris Haynes reported on Saturday that the Nets and Lakers had discussed a Kyrie-Westbrook trade, fuelling the widespread speculations about Irving eventually landing in Los Angeles alongside James. Marc shared that he agreed with Haynes, apart from Kyrie taking a trip to Los Angeles this week.

The NBA expert’s beliefs come from repeated rumors that LeBron James is rooting heavily for Irving’s addition to the Lakers roster for the 2022-23 season. Marc mentioned that James wanted Kyrie in the Lakerland more than anyone. Moreover, LeBron’s personality and his experience coping with the chaos that comes with Irving make the Lakers a perfect place for Kyrie.

Can The Lakers Pull Off A Westbrook-Irving Trade?

LeBron and Irving have reportedly been in contact about a potential reunion. Thus, the Lakers are rooting hard to acquire Irving. However, the Nets are reluctant to take on Westbrook with his $47m player option. However, several rumors suggest that Brooklyn could take on the deal if they can also offload Joe Harris. But the Lakers would rather have Seth Curry and his eight million expiring deal.

Moreover, LeBron and Irving, along with Kevin Love, led the Cleveland Cavaliers to their first championship in 2016. However, there was a falling out between the two when Irving decided to leave the franchise in 2017. But, it looks like the two legends have amended their differences and are looking forward to another championship win with the Lakers.

Furthermore, if Los Angeles fails to get Irving, their next possible targets could be Buddy Hield and Eric Gordon. Thus, it would be thrilling to see if the Nets and Lakers work out a trade deal for Irving. Kyrie could team up with James and Anthony Davis to lead the Lakers to another championship this season.