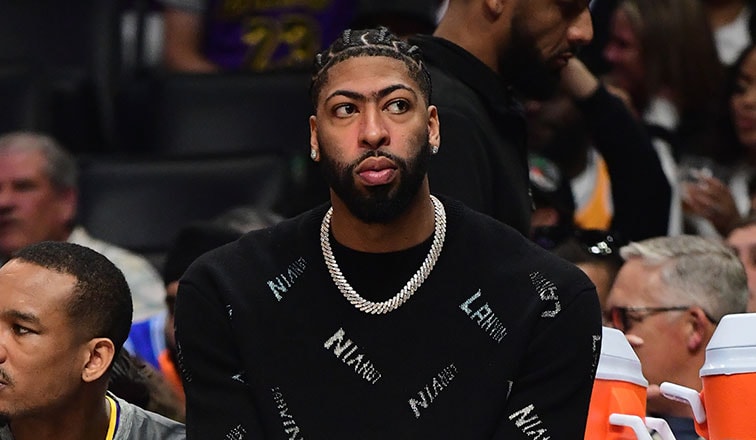 One of the crucial reasons behind the Los Angeles Laker’s disappointing performance this season has been the absence of Anthony Davis. There have been many reasons that the Lakers have lacked the spirit to push themselves to reach the playoff. However, the fans are hopeful to see their Power forward Anthony Davies return to the court.

The Lakers have had one of their most horrific months since Davis was forced to miss a lot of games due to a knee injury. Things became worse for the Lakers when Davis suffered from a foot sprain. He fell on Rudy Gobert’s foot during a game against the Utah Jazz. The incident happened just before the All-Star break causing Davis to miss the court for a long while and costing the Lakers a lot of games.

However, there seems to be a ray of hope at the end of the tunnel for the Lakers. Reports suggest that Anthony Davis may not be too far from returning to the court and changing games around with his clinical performances. The lakers’ Head coach Frank Vogel revealed that Davis would begin shooting on Monday as he tries to catch up with his match fitness.

Davis Opens Up About His Injury Status:

While talking to NBA.com, Davis told Matthew Barrero that he is feeling physically confident of getting through his rehab. Davis informed the Lakers that the swelling on his foot had reduced, and he has been able to function his legs more easily. He was happy to be cleared to do some shooting on Monday. Anthony said, “That was the main thing, trying to get that swelling down on the strain of the muscle.”

Talking about his return, Davis told that he was optimistic about it. He acknowledged the critical situation the Laker is in with the Play-In. Anthony is trying to get back on the court. He hopes to contribute to the fight to stay within the Play-In game this season. However, he was also mindful of the limited games the Lakers have to turn around their season and make it to the playoffs.

Davis had a lot of injury concerns in the last two seasons. And according to Davis, he is trying to rush back to the court. However, he wants to do it the right way, so he does not reinjure his foot. He would not want to repeat the mistake of playing through pain and risking further injuries like during last year’s game against the Phoenix Suns.

LeBron was asked about Anthony Davis’s return to the Lakers team. James quickly reminded everyone that AD’s return to the team would certainly help, but it would not fix other crucial issues that the Lakers are currently facing with their team.

LeBron pointed out that the lack of chemistry and time together as a squad has been a major issue for the Lakers. James said, “AD definitely helps, but it’s not the answer to all the questions.” He added that Davis’ return is like a Band-Aid in some areas but does not completely justify the Lakers’ failure this season.

James also praised the contribution of the young guys like Malik Monk, Austin Reaves, and Talen Horton-Tucker, who have stepped up to the opportunities that came their way. However, seeing Russell Westbrook struggling on the court, AD’s return would greatly help the Lakers.