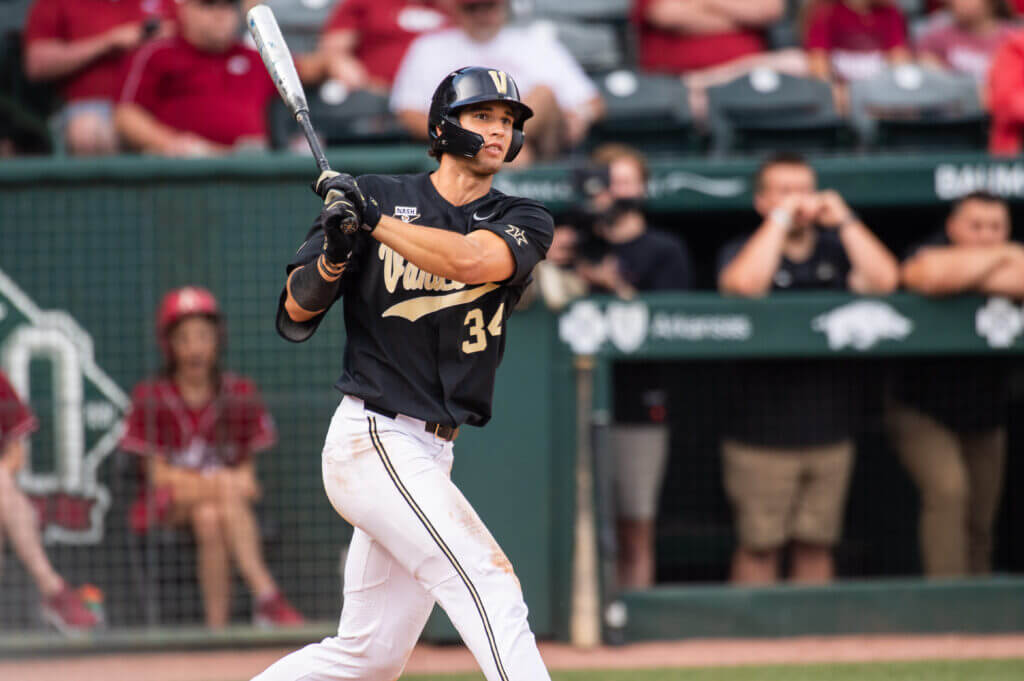 The New York Yankees recently selected Vanderbilt outfielder Spencer Jones as their No. 25 draft pick on Sunday. The 6-foot-7 from California has been compared to Aaron Judge due to his big build and athleticism. However, the outfielder bats left-handed, unlike Judge. Jones has become the first outfielder the Bombers shave secured in their first-round pick since Blake Rutheford in 2016.

Spencer started his high school career in California as a two-way player. He did not receive a signing after being drafted by the Angels as their 31st-round pick in 2019. However, an array of consistent injuries forced Jones to give up on pitching. During his senior year, Spencer had to get surgery for his fractured left elbow, cutting short his senior season before undergoing Tommy Surgery in 2020.

Spencer transferred his focus to hitting after giving up on pitching. He runs the 60-yards dash in an impressive 6.76 seconds, while his home-to-first time was 4.15 seconds. He played 61 games as a junior for the Commodores this spring, hitting 12 home runs, 21 doubles, 14 steals, and an OPS of 1.103. Moreover, the outfielder set a Vanderbilt record by going 6-for-6 in a single game against Indiana State, with an 11th-inning game-winning single. The young hitter also had seven RBIs in the NCAA Tournament against New Mexico State.

Talking about his pick, Spencer revealed that he was aware of the possibility that the Yankees would bid for him. After the 24th pick, Jones’ agent texted him and told him to enjoy the next pick. The young outfielder said that it was super cool to join an excellent organization like the Yankees, who are historically the best in the game. Spencer added, “And they do a great job of developing guys my size.”

Damon Oppenheimer said that the team was quite happy to be able to choose Spencer Jones. The Yankees love his athletic abilities and his center field playing skills. Oppenheimer reckoned that Jones has the best exit velocity in this year’s draft and is a legitimate five-tool player with huge power and speed.

Jones had a strong last summer at Cape Cod Baseball League, which helped him make him to the Yankees. Playing for the Brester Whitecaps, Spencer hit. 312 with an OPS of .904 at the wooden-bat league. Coincidentally, Judge also played for the same team in 2012 before making it to the major league with the Bombers. The Pinstripers would hope that Jones could turn out to be even half a good a hitter that Judge is currently.