Joe Gibbs’ Christopher Bell Makes It To NASCAR Playoffs With A Victory At The New Hampshire Motor Speedway! 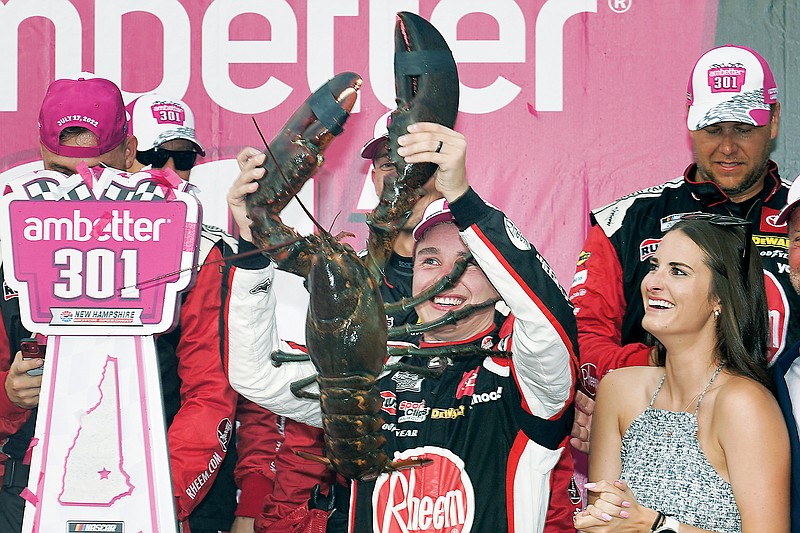 Joe Gibbs Racing driver Christopher Bell clinched his first NASCAR Cup Series win of the season at the New Hampshire Motor Speedway In London. On one of his favorite tracks, Bell beat Chase Elliot to become the 14th race winner this season and qualify for the NASCAR playoffs. Bell had previously succeeded on the same track when he won the Xfinity Series in 2018, 2019, and 2020. The no. 20 Toyota driver also finished second in the race last year. Thus, with the experience of winning a race at New Hampshire Motor Speedway, Bell managed to hold off Elliot, who won the last race in Road America.

Chase Elliot led the race for 13 laps before Bell caught up to him after an average start. Christopher took the lead for Joe Gibbs and led for the final 42 laps to win the race. Chase finished second for Hendrick Motorsports, while Bubba Wallace finished third for 23XI Racing. Talking about his feat, Bell said that it was a much-needed victory for him to make it to the playoffs. Meanwhile, the team owner Joe Gibbs suggested that Bell’s car was not doing very well at the start of the race as it was in the middle of the pack. However, Joe was happy, and his team got the car going in the right direction and finished with a win.

Bell entered the race with the pressure of playoff qualification. The 27-year-old was 16th in the Cup Series standings. The Joe Gibbs driver finished in the top 10 in five straight races in May and June. However, he could only manage to finish better than 18th place once in his last four races before London.

Bell Claims His Car Was The Fastest In Third Stage

Talking about his race, Bell said that it is easy to finish first when you have a fast car by doing your job right. Bell admitted that he had a first-place car towards the latter stages of the race. He claimed to be the third fastest car in the third stage, specifically in the long run. Christopher added, “I did my job to maximize that.”

Joe Gibbs racing swapped crew members earlier this month with 23XI racer Wallace’s crew. However, his biggest job on Sunday turned out to be holding a 21-pound lobster after his race triumph. Bell revealed that he felt he was right on the verge of winning earlier in the year. However, he felt quite far away from a win due to his performances in the last few weeks of the NASCAR championship. Bell was happy that the winning moment finally arrived on one of his favorite tracks.