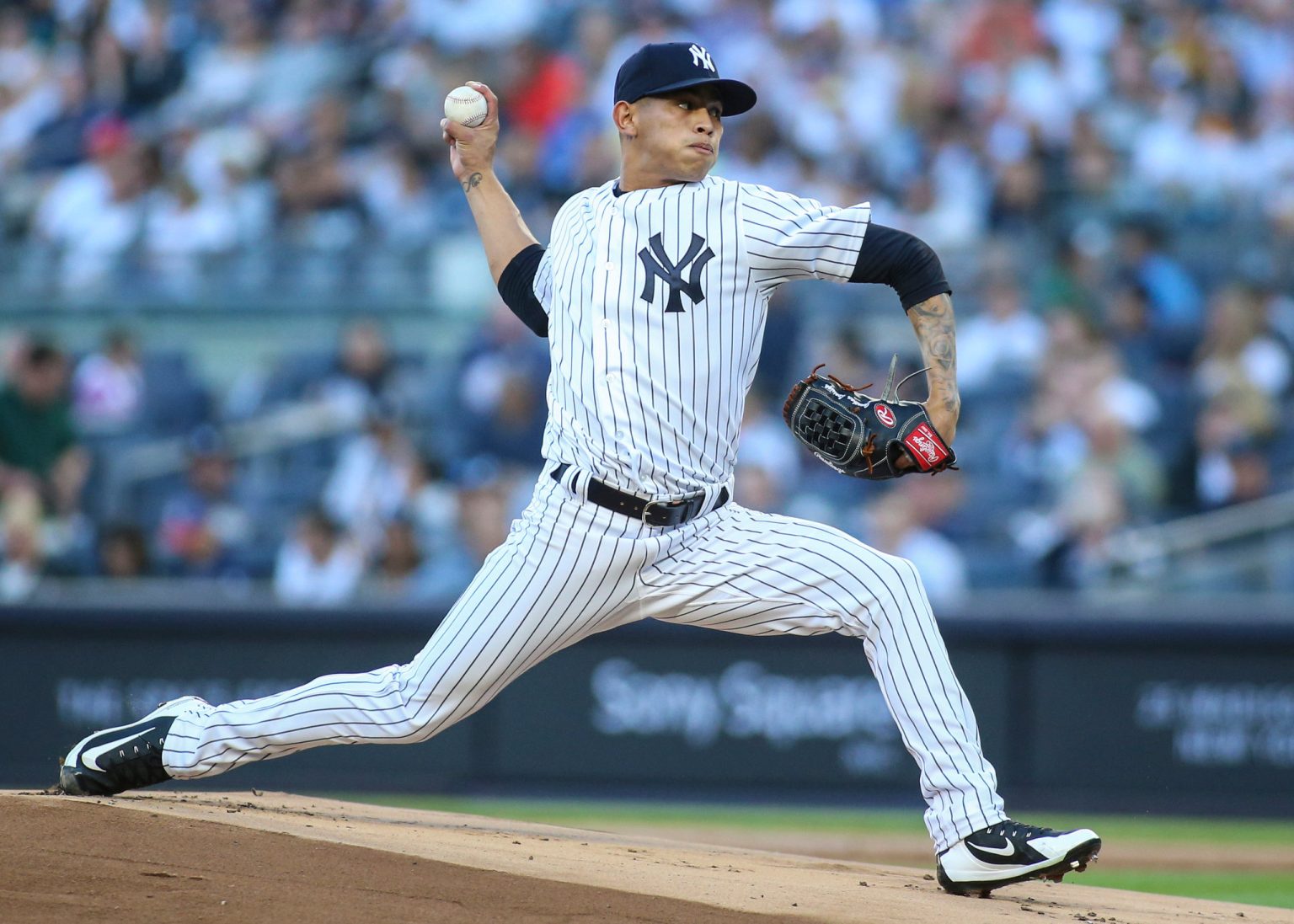 Jonathan Loaisiga is going through a rough patch amid the New York Yankees’ dominating season. The relief pitcher played only 18 games with a 7.02 ERA before he was added to the injury list. He was sidelined due to a right shoulder inflammation on May 23. Fortunately, the 27-year-old has made a full recovery. Loaisiga will move on with his rehab assignments before being considered for a major comeback.

The right-hander will pitch for Single-A Tampa on Saturday. Loaisiga threw a 25-pitch live batting practice on Tuesday in Tampa. Now, the next step for the Yankees would be to monitor his progress during the rehab games. After his game for the Tarpons, Jonathan would move up the minor league teams before returning to the Yankees bullpen.

Talking to Daily New, the Yankees manager Aaron Boone informed that Loaisiga would probably play one or two games for either Somerset or Scranton. The Yankees pitcher had a transforming season in 2021 as he went 9-4 with a 2.17 ERA in 57 games. However, 2022 has been tough so far for Jonathan, who pitched 16.2 innings in 18 games for the Bombers, struggling to find control. Jonathan would hope that he could make a stronger comeback in the major after going through a troubling first half due to lack of form and injuries.

When Is Domingo German Returning?

Meanwhile, Domingo German is also on his way back to the Yankees bullpen after recovering from right shoulder impingement. The right-handed pitcher threw four innings for Double-A Somerset on July 3, conceding a single run with three strikeouts and zero walks. The 29-year-old has started in three rehab games and is expected to play one more game before the Yankees make a decision about his return to the bullpen.

German has pitched 49 innings so far and would likely work from the bullpen upon his return to the majors. However, German would be fit and ready to go in case of an injury or a turn through the rotation. German has an option, so the Yankees do not have to move him to the major league roster after his rehab ends.

Elsewhere, the Yankees are hoping Miguel Castro to return to their bullpen by Wednesday. The right-handed pitcher was placed on a paternity list during the weekend. He was still at his home in the Dominican Republic on Tuesday.