Yankees Recall Clarke Schmidt As A Replacement For Michael King, Who Will Miss The 2022 Season Due To Fractured Elbow 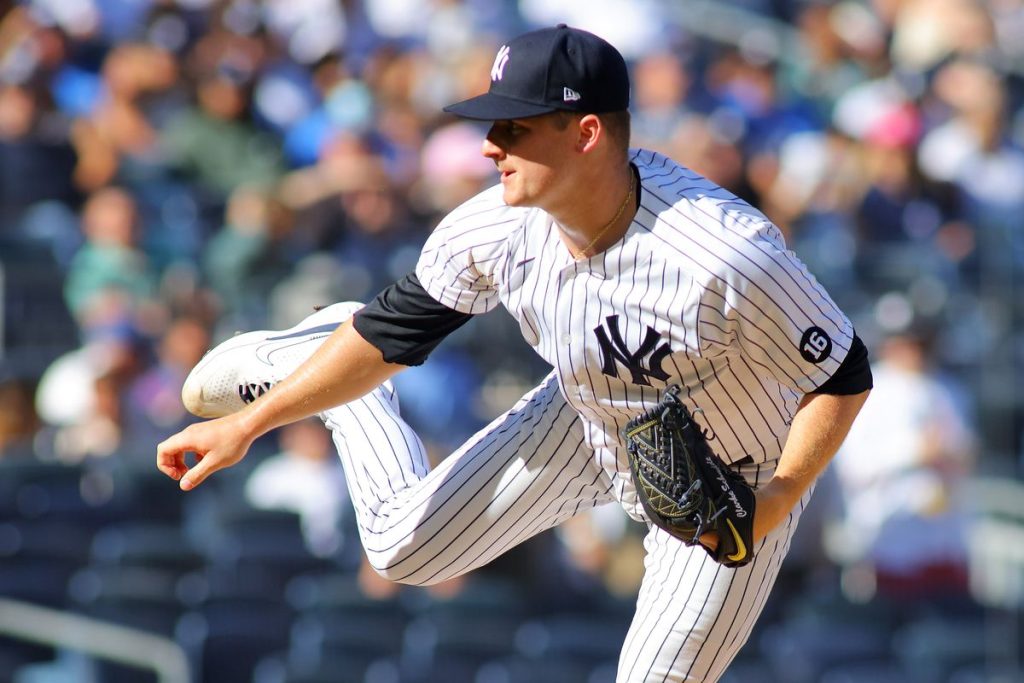 The New York Yankees star reliever Michael King was put on 60-day IL after he exited Friday’s encounter against the Orioles during the eight innings. The Bombers won the game by 7-6, and King contributed by throwing a 0-2 slider before his arm recoiled from a delivery, forcing him to leave the field in extreme pain.

The Yankees manager Aaron Boone revealed that King would most likely miss out on the rest of the season due to a fractured right elbow. The 27-year-old was having an incredible 2022 season with an ERA of 2.29 and a career-best 66 strikeouts in 51 innings. The Pinstripers have recalled pitcher Clarke Schmidt who was playing the minor league with Triple A-Scranton/Wilkes-Barre. Clarke has pitched with an ERA of 3.00 in 24 major league innings in 2022.

During his first four-game stint, Schmidt pitched three innings without a score at the start and then three shutout frames to finish one. Schmidt played his last game for the Yankees on Sunday, where he secured his first career save. With Michael King sidelined for the rest of the season, Clarke will have to deliver consistently for the team. The 26-year-old said someone needs to step up and carry the weight after King’s injury sidelined him. He added, “I feel a little bit of that falls on my shoulders.”

The Yankees boss seemed to agree with Schmidt’s thoughts. Boone said Clarke was capable of taking over King’s responsibilities, and there would be opportunities when he would attack the strike zone. Schmidt battled with injuries throughout his career since he was picked in the first round in 2017. However, Clarke stated on Sunday that he was feeling better than ever in terms of health. Coming off from four consecutive starts for SWD, Clarke threw 56 pitches during the game on Sunday. Schmidt was happy with the opportunity and said, “An opportunity like this, you can’t really let it slip out of your hands.”

Meanwhile, the Yankees also have some lingering concerns apart from King’s fracture. Aroldis Chapman and Jonathan Loaisiga are clearly struggling with form, while Wandy Peralta has not pitched since mid-July. The Yankees reliever recovered from back discomfort, and Boone revealed that he was available on Sunday. Elsewhere, with the fast-approaching trade deadline on August 2, the Yankees are extensively searching for a relieving arm in the bullpen. However, general manager Brian Cashman has refrained from disclosing the targets for a potential relief pitcher in the league.