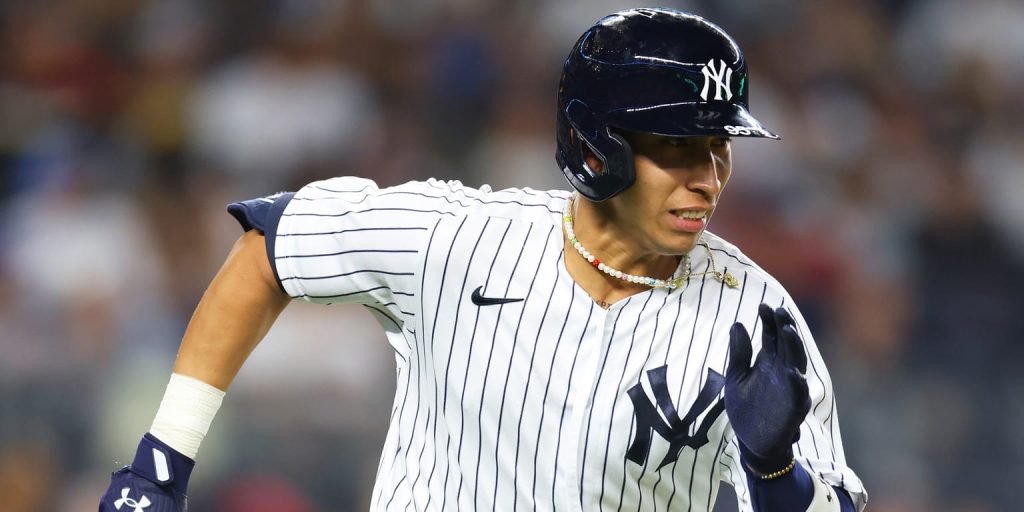 Yankees rookie Oswaldo Cabrera had a tough first five games in MLB, going 3-for-19 with a walk and nine strikeouts. Despite a bad start, Yankees manager Aaron Boone kept faith in the infielder, advocating that his at-bats were better than the stats had suggested. The 23-year-old played in three different positions in those five games due to the team’s offensive problem. However, Cabrera is finally starting to deliver at the plate. He recorded his second straight three-hit game on Friday against the Athletics. In addition to Cabrera’s brilliance, Judge hit his 49th homer, and Gerrit Cole struck out 11 to take the Yankees home by 3-2.

Oswaldo tripled to right field against former Yankee JP Sears during the third innings, along with two singles in the fifth and sixth innings. The youngster has also been impressed with his fine catching in the right field. He has started in four different positions so far at second base, third base, shortstop, and the right field. Surprisingly, Cabrera has not struck out in the last five games, offering a switch-hitting option to the team in Aaron Hicks’ absence.

Meanwhile, Yankees manager Aaron Boone reckoned that Cabrera was playing free and easy for a youngster getting his first taste of the big leagues. He added, “That’s not always easy to come by. You can tell he loves playing the game.” Before getting promoted to the Bronx, Oswaldo had an OPS of .832 in 47 games for Triple-A Scranton. It looks like things are starting to come together for the Bombers again after they hit a rough patch since the All-Star break. Friday’s victory was the team’s fifth consecutive win in recent times.

Yankees’ Jose Trevino Undergoes X-Ray After Getting Hit On Toe

Jose Trevino was removed during Friday’s encounter against the A’s after getting drilled on the right toe during the top eighth. The 2022 All-Star decided to stay on initially. However, he was eventually replaced by Kyle Higashioka in the ninth. Later, Boone revealed that the 29-year-old was taken for an X-ray. However, the Yankees boss was relieved that the report was negative.

Boone is hoping that the injury was something that the Yankees medical staff would be able to deal with. Although shortstop Isiah Kiner-Falefa could serve as a temporary catcher for the next game if Trevino fails to get well. Aaron Boone concluded, “We’ll see how he is on Saturday. You fear the worst when you see it, but hope for the best.” The Yankees would be hoping to avoid any more injuries. They have already lost a lot of crucial players since the All-Star break.