Will The Lakers Resign Carmelo Anthony Amid Internal Discussions About Return To The Knicks? 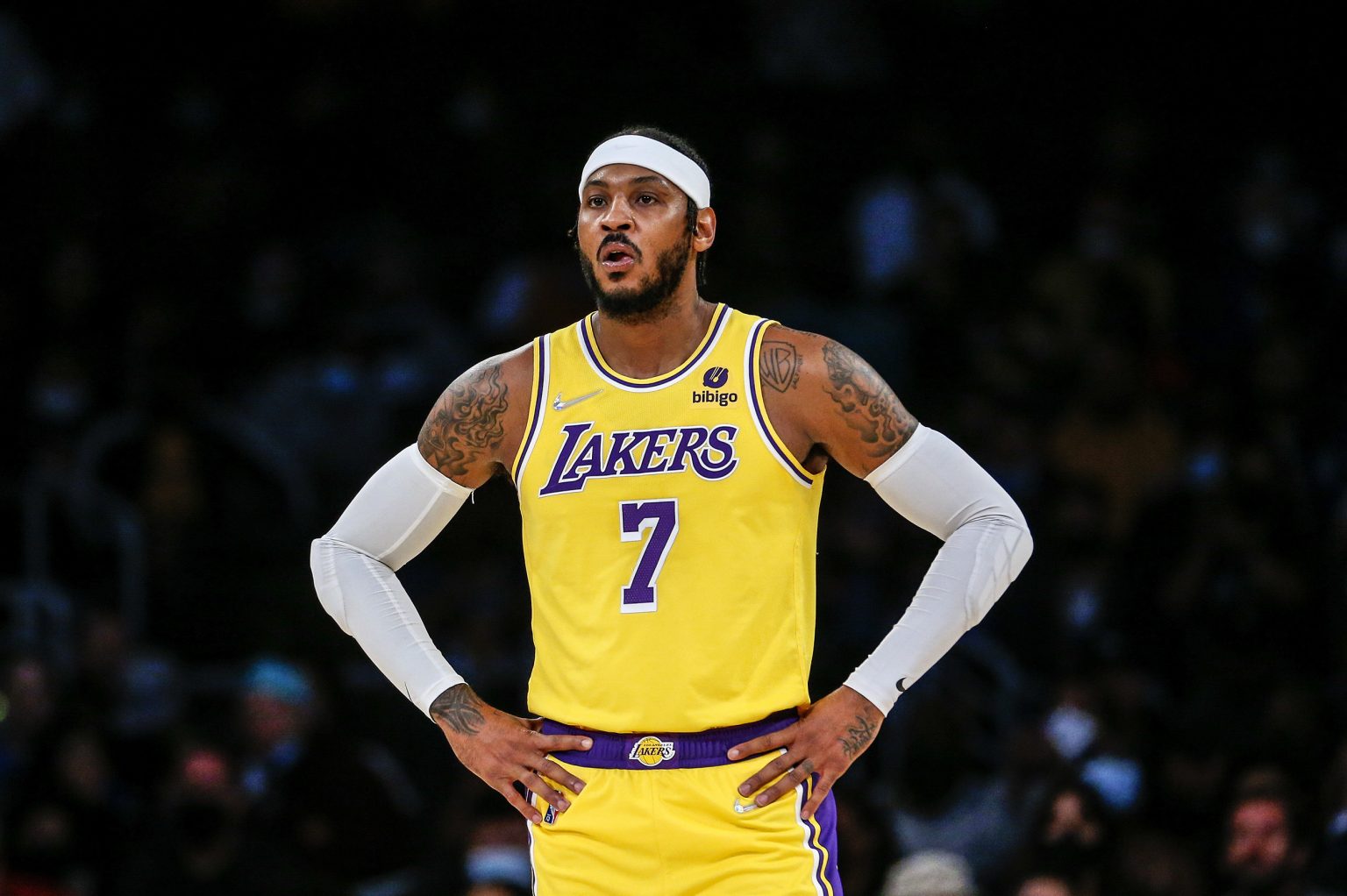 Carmelo Anthony had a strong season with the Lakers amid a troublesome season. However, the team has not yet resigned from the ten-time NBA All-Star yet, which has led to discussions among one of his previous teams in the league. There have been reports about the New York Knicks being interested in bringing Melo back from the Lakers to Broadway. Carmelo is a good friend to LeBron James and a strong floor spacer. The 38-year-old shot 40% from outside in the first six weeks before cooling off. He also motivated the team in tough situations when negativity surrounded the Lakers locker room.

Moreover, Anthony felt comfortable playing for LA. But the franchise is yet to make a decision about the veteran’s future. While the Lakers wait to make a move, the New York Knicks are reportedly having internal discussions about offering Carmelo a deal for the 2022-23 season. Thus, Anthony might return to a team that he stayed with from 2011-17. Also, bringing the Broadway legend back could bring a fruitful outcome to a franchise in need of some control and shooting on the floor. Having spent seven years in New York, Carmelo could help his former franchise return back to its glory before hanging his boots in the NBA.

Carmelo’s Immaculate Record With Knicks Could lead To A Trade

Anthony averaged around 25 points per game with seven rebounds in five seasons. His best performance for the Knicks came during the 2012-13 season when he averaged a career-best 28 points per game.

Although there was a subtle decline in his performance after leaving New York, Anthony emerged as a vital role player for the Lakers in the three last seasons after missing a season at Portland in 2018-19. This season, Carmelo finished on a career-low average of 13.3 points in 26 minutes per game.

It seems like the Lakers would be looking to get some young blood on the field. However, Carmelo plays well around James and Anthony and could be crucial if the Lakers are hoping to clinch the next championship. Meanwhile, the Knicks would hope to get Anthony back to New York as they hope to get back into winning ways who finished 11th in the Eastern Conference with mere 37 wins.

Recently, Anthony supported WNBA Britney Griner on Twitter after detainment from the league reached 105 days. The 38-year-old said that the detainment was wrongful and suggested that Griner needed to go home. The video shared by Carmelo crossed around 160,000 views.

Share. Facebook Twitter Pinterest LinkedIn Tumblr Email
Previous ArticleDjokovic Loses The ATP World No. 1 Crown! The Serb Might End Up Out Of Top-10 At The End Of 2022
Next Article LeBron James Not Sure About Renewing His Contact With Lakers! Is The King Joining Golden State In Search Of His Fifth Ring?