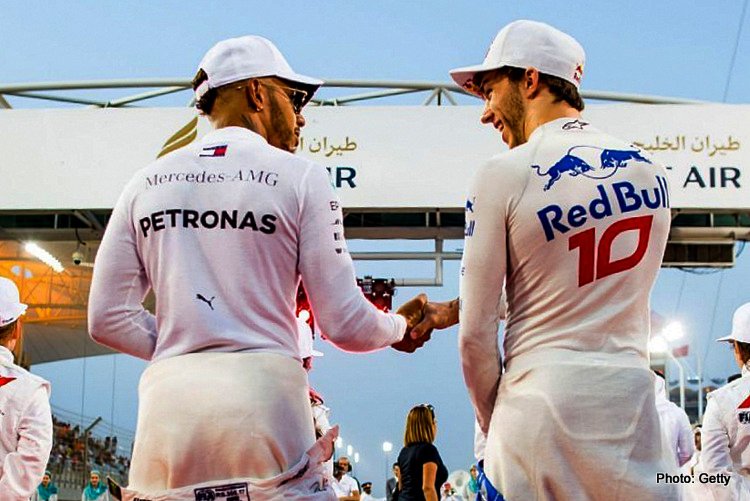 Lewis Hamilton is 37-year-old and has won a record seven F1 championships throughout his career. The Briton came very close to winning his eighth championship last season when he was denied a win by Max Verstappen at the Abu Dhabi GP. Since then, rumors about Hamilton’s retirement spread like fire during the offseason. Experts also believed it to be the end of Lewis’ F1 career. However, the Mercedes driver came back for the 2022 championship and had been fighting for his first win this season amid the team’s car troubles. The discussion about hamilton’s retirement is now bound to continue until he ultimately quits. But, it may not be anytime soon, and the Briton will at least return for one more season with the Silver Arrows.

Meanwhile, Pierre Gasly has been looking to find a seat at a top team after his chances of going to Red bull ended with Sergio Perez’s contract extension until 2024. Hence, Gasly is left looking at other top teams for a driving opportunity. There is no opening at Ferrari as Charles Leclerc and Carlos Sainz Jr. will also stay with the team for a couple more seasons.

Moreover, George Russell has proved with top 5 finishes in each race so far during his rookie season with Mercedes that he will be with the team for a long time. Therefore, the discussion eventually comes to Hamilton, who might just have a few seasons left in him. But, the Mercedes team principal Toto Wolff has denied any possibility of Lewis Hamilton leaving the Silver Arrows anytime soon.

The Mercedes boss was asked if he would consider Gasly or any other driver ready to drive for Mercedes. Toto responded that there is no door open at the German racing team currently. The former Austrian racer said that the team’s strength is its two drivers. Wolff thinks that looking into the market and finding what is happening would just distract him.

Earlier, Hamilton revealed that he still loves his racing career and intends to continue in F1 at least until the end of his contract in 2023. Thus, if Lewis Hamilton decides to leave in 2024, Gasly might have a chance to break into the team. However, Wolff said that it was too early to talk about 2024 contracts in June 2022. The Mercedes boss mentioned that the team was happy with Lewis. Wolff added, “There is no doubt that we are embarking on the season and the next one in a good place. But its too early to discuss 2024.”