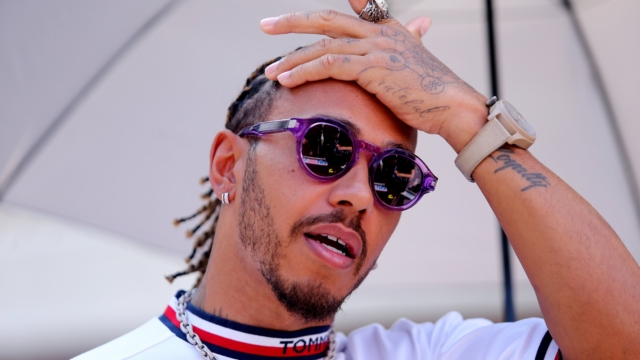 Lewis Hamilton and Mercedes have found themselves in a tough situation this year. The Silver Arrows have failed to compete at the front allowing Red Bull and Ferrari to take a massive lead. Moreover, Lewis came to the 2022 season after a controversial potential eighth championship loss to Red Bull’s Max Verstappen. And Mercedes’ troubles with their ground-effect W13 added salt to the Briton’s fairly fresh wounds. Not only that, the porpoising and lack of performance prevented Mercedes from winning for the first time in almost a decade before the summer break.

The eighth championship loss and Hamilton’s reaction following the controversy led to speculations that he might consider retirement from the sport. However, the Briton came back before the 2022 season after cutting off from social media for over a month. But, more problems with the car made the belief more strong that Lewis Hamilton might not continue after the contract ends at the end of the 2023 season. Moreover, the recent rumors suggested that Toto Wolff might have possibly contacted Red Bull’s Sergio Perez to replace Lewis Hamilton at Mercedes after the Briton retires.

Apart from the Monaco GP win, Checo has recently struggled in Red Bull, with the team focusing more on their world champion driver, Max Verstappen. Thus, it is believed that the Mexican driver might consider moving to a different outfit after 2023 to keep his championship hopes alive. However, as the Mercedes boss Toto Wolff discussed Briton’s retirement plans, he recently clarified that Perez would not be replacing Hamilton at Mercedes. Wolff reckoned that Lewis Hamilton could keep on driving for Mercedes for the next decade. The former Austrian driver denied all claims that Mercedes were looking for a possible replacement for their lead driver.

Talking to Motorsport.com, Toto Wolff claimed that the news about Mercedes finding Hamilton’s replacement was ‘b******t.’ Wolff revealed that he never called Checo regarding the matter. The Austrian stated Perez is a good driver and respected the Mexican. However, he had never talked to Sergio or any other driver regarding all this. Further, Toto said he and Lewis had always aligned to improve continuously and work together next season, despite the less encouraging outcomes early in 2022. And while discussing Hamilton’s future, Toto said that Lewis Hamilton could go on for another five or ten years. The Austrian added, “So none of this is true.”

The Mercedes team principal also talked about the prospect of Lewis’ eighth championship win. According to Toto, it would be exciting as the Briton would be the only driver in history to have achieved the feat. However, he reckoned that Hamilton could be equally proud of having seven titles as Michael Schumacher. Mercedes’ goal is to get back to having the right performance soon and return back to delivering Lewis Hamilton with a good car. Wolff concluded, “Why just think of eight world titles? Why not ten?”