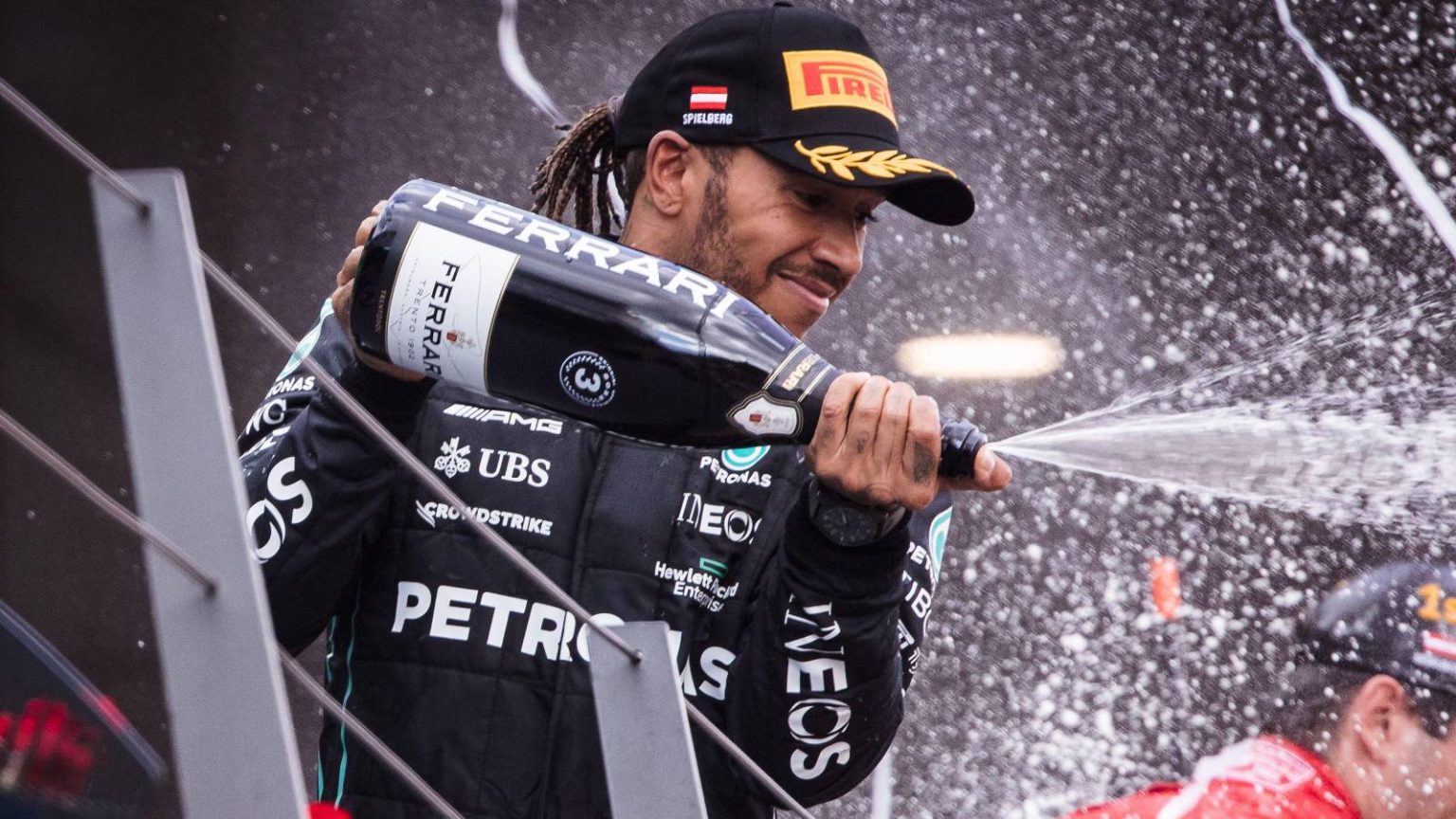 Formula 1 has undergone a summer break since the conclusion of the Hungarian GP weekend. Many motorsport drivers are currently cooling it off and enjoying their vacations in different parts of the world. And the seven-time world champion Lewis Hamilton is also having some leisurely time while exploring the natural beauty of his homeland in Africa. The Briton and his team Mercedes have had a tough season so far. They struggled with the ground-effect car designs that have been reintroduced in F1 this year, allowing cars to follow each other closely without tyre burnout. Lewis struggled to drive his W13, which was troubled by porpoising and lack of face.

Moreover, the discomfort caused by the porpoising led to more struggles for the team, failing to win a single race before the summer break for the first time since 2012. Thus, Hamilton took extra responsibility to stay with his engineers and work out a fix for the car. Luckily, the research and development worked in Mercedes’ favor as they inched a step closer to the frontrunners with each race. Lewis entered the summer break with five consecutive podiums finishes, including two back-to-back P2 finishes in France and Hungary.

The Briton is currently exploring African forests and his homeland’s natural beauty. He recently shared a post on his official Instagram handle, shocking the fans with his new hairdo. In his recently shared photos, the Mercedes driver was seen petting a baby elephant and a little giraffe at the Reteti Animal Sanctuary in Rwanda, also revealing his new curly hairdo. Lewis’ new look has generated excitement among his dedicated fandom. Over 1.2 million people have liked the Instagram post shared by the 37-year-old in a day. Undoubtedly, the fans expressed their excitement about Hamilton’s new hairstyle, which grabbed most of the attention.

Will Mercedes Win After The Summer Break?

Mercedes have undoubtedly struggled badly this year after being the constructors’ champions for eight straight seasons since 2014. However, the tide started to turn around in the Silver Arrows’ favor since Hamilton’s home race in Silverstone. He clinched his second podium of the year after securing the first at the opening race in Bahrain. The Briton continued to chip in as he made headway in each race. The Silver Arrows put pressure on the Ferraris and benefitted from their mistakes. However, they are still not competitive enough to fight for a race win, despite leading a couple of times. Thus, Mercedes still need a lot of hard work and development to catch up with the frontrunners, Ferrari and Red Bull.

While the eighth drivers’ title is practically out of Hamilton’s grip, Mercedes are closing in on Ferrari in the constructors’ rankings. The German outfit is just thirty points behind the Scuderia. And they are likely to surpass the Italian outfit if the latter continues to falter. Thus, if Mercedes continue to collect maximum points each weekend, they might get close to Red Bull until the end of the season. The Austrian outfit currently has a massive 97-point lead over Ferrari. However, Mercedes’ performance in recent times suggests that they could get a race win as the season progresses.