Will Estevan Florial’s Hot Streak Earn Him A Yankees Callup? 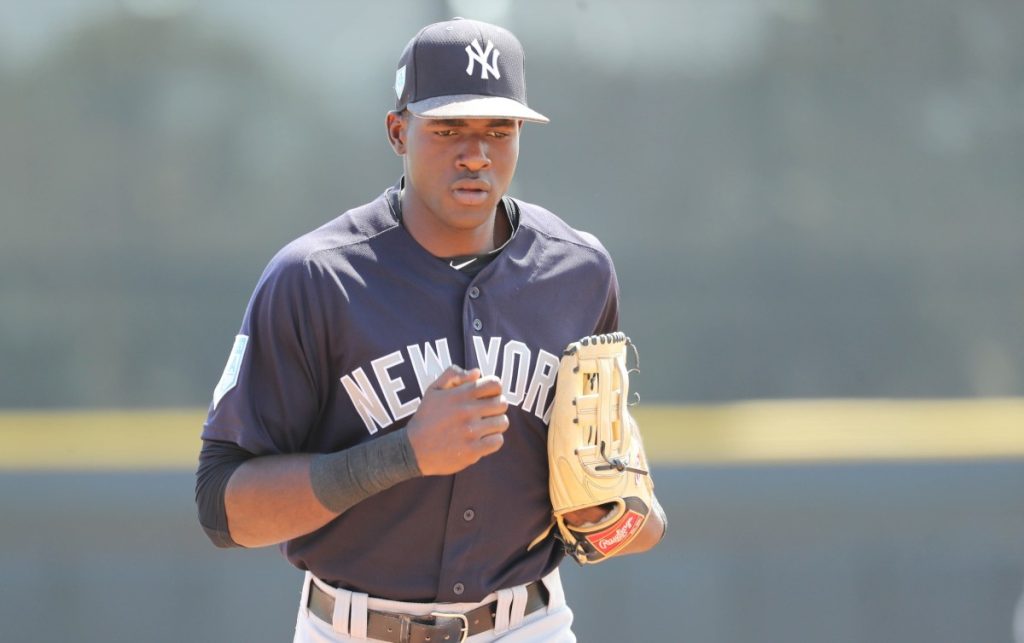 The New York Yankees first spotted Estevan Florial as a top prospect in 2019. However, the steep decline in the outfielder’s form has not allowed him many chances to represent the Bombers in the major league. The 24-year-old has been with the Yankees since 2020 and spent most of his time playing in the minors. Florial has handed too many strikeouts over the seasons. His inconsistency has resulted in irregular callups in the major leagues, with only 16 games in the last three years. However, the tables have turned graciously for Estevan this season. He is hitting .308/.384/.531 with ten home runs, 29 RBI, 41 runs scored, and 26 stolen bases in 62 games for triple-A Scranton/Wilkes-Barre.

Florial has been quite a sensation in the last week, hitting .489 with five home runs, 8 RBI, 11 runs, and four doubles. Thus, Estevan Florial’s value is unlikely to get any higher than it is currently. Hence, it is the perfect time for the Bombers to make a decision on the outfielder’s future with the franchise. The 24-year-old missed a development season due to the pandemic as he began the 2021 season in Double-A.

The Yankees wanted the outfielder to play every day to work on his high strikeout rate and get some consistency on offense. While 80 strikeouts in 60 games this season is still a concern, Estevan’s offensive production is what the Yankees have been seeking for years. So, if Florial does an excellent job playing quality defense, swiping bags, and hitting the ball out of the ground, the Yankees would not mind ignoring the high strikeout stats. So, what would the Yankees do with Estevan Florial?

Will Estevan Florial Be Traded Or Receive A Major League Call-Up?

The Yankees currently have two options for Florial, who is going through a hot streak with the bat. They could give him a shot in the major league as they currently have some issues in the outfield with Joey Gallo and Aaron Hicks struggling to find some hitting form. Florial will turn 25 this offseason. Thus, it could be the best time to test the youngster in the major league to get some runs for the Yankees under his belt and find out if the youngster is built to last or not.

Further, the second option for the Pinstripers is to trade Estevan Florial. Florial’s Triple-A progress and his current form make him a hot prospect that the teams would be willing to pay a good price for. Thus, with the deadline approaching in less than a month, it would be sensible to trade Estevan if the Yankees do not have anything planned for him.

The franchise has clarified that they trust Estevan’s abilities with Aaron Boone, considering him as All-Star-caliber talent with all tools to be a special player. However, the delay is not making him any younger. So, if the Yankees cannot find him a spot in the major league, it would be best to trade him.