Why Mercedes Refrained From Copying Red Bull’s Car Concept Despite Early Struggles in The 2022 Championship? 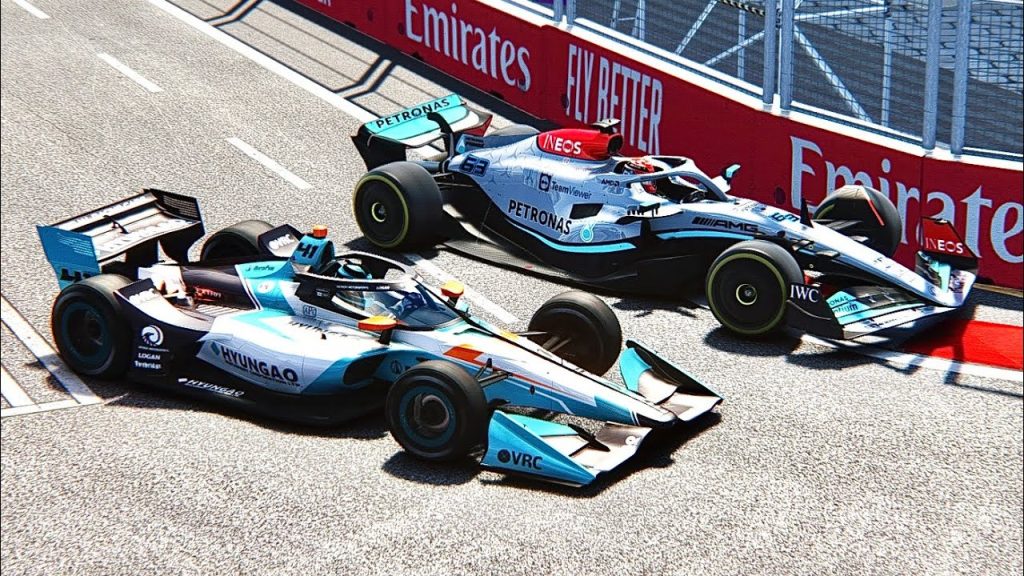 Mercedes surprisingly struggled with the new ground-effect car regulations. And as a result, they found themselves quite far from leading Red Bull and Ferrari. The Silver Arrows were expected to continue their domination after being the constructors’ champions eight straight times since 2014. The German outfit introduced a unique zero sidepod, taking a different approach from other teams across the grid. However, the Silver Arrows could not get the aerodynamics right in their W13. Therefore, they were surrounded by the porpoising troubles that affected their drivers and hindered their development in comparison to the frontrunners.

Mercedes opted for a slimline sidepod concept named the zeropod, surprising everyone during the early testing in Bahrain. However, the move worked against Mercedes as they were left fighting for points instead of podiums and race wins. But, the German outfit continued to make headway through each race, with some impressive podium finishes in the last five races. Mercedes also showed some great pace as George Russell clinched the team’s first pole in Hungary, followed by a double podium finish.

The Brackley-based outfit is still far from competing for a race win. Still, they decided to stick with their own concept despite all the troubles. The Silver Arrows had an option of revamping their car design and possibly copying the fastest car’s concept to get back right at the front. However, the team decided to continue improving their idea, and it seems like they made the right decision.

Mercedes Stuck With Their Design Instead Of Copying Red Bull

Recently, Mercedes trackside engineering director Andrew Shovlin revealed why his team did not copy the fastest car they could find. Instead, they opted for a long-term view of their car concept. Considering the long-term future, Shovlin said that without understanding the new set of regulations, copying the concept would have taken Mercedes only so far.

Moreover, the British engineer pointed out that the more important element of the car’s aerodynamics are under the car. It is the most important element which is quite hard to copy. Andrew revealed that the W13’s narrow bodywork was more discussed in the media than it was within the team. Shovlin also clarified that Mercedes was in no way clinging to its own ideas. He reckoned that the issue would not be solved by changing the W13’s bodywork in a hurry as they also had to keep the budget cap in consideration.

Shovlin further shared that Mercedes needed to be very careful about its expenditures. They did not want to invest in a concept-change project that would have taken at least four-to-six weeks. The Silver Arrows took a step-by-step approach and discovered if the changes they were making made sense or not. They were making small changes to the car through the early development to see what provided the desired effects instead of making big physical changes and hoping to get back up the grid suddenly.

Share. Facebook Twitter Pinterest LinkedIn Tumblr Email
Previous ArticleThe Yankees Have Serious Troubles In Their Closing & Run Scoring! How Will They Manage?
Next Article Mercedes Capable Of Bringing Upgrades Each Racing Weekend In 2022 Despite $140m Budget Cap! Find Out How