Who Are The MOST SUCCESSFUL Formula 1 Engine Manufacturers Of All Time? Take A Look 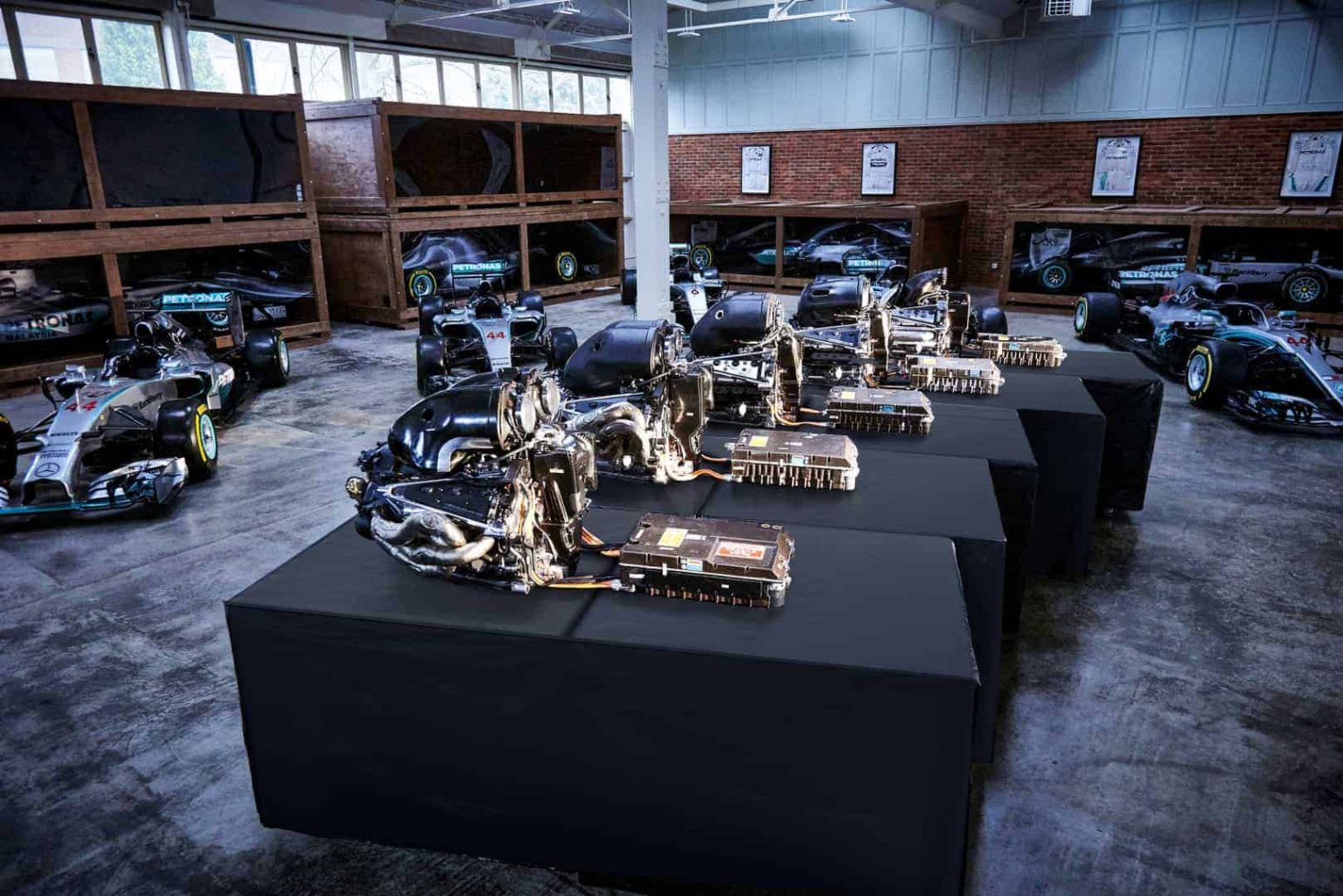 Formula 1 is a perfect depiction of how a man and machine can overcome the biggest of challenges. Since the motorsport’s inaugural season in 1950, many teams, drivers, and car manufacturers have tried their luck to win one of the most prestigious trophies on the planet in racing. In the hybrid era, two manufacturers that have taken center stage in terms of engine production are Mercedes and Ferrari. However, Mercedes’ dominance and Ferrari’s consistent appearance since 1951 do not make them the best engine manufacturers of all time. The Silver Arrows have ruled the modern era winning the last eight constructors’ championships, while Ferrari is the only outfit to have competed each season since 1951.

Vanwall is surprisingly the fifth-best manufacturer in the history of Formula 1 racing. Tony Vanderwall founded the racing company. The Vanwall owner backed the British Racing Motors after participating at the Formule libre races with several modified Ferraris under the name “Thinwall Special.” The racing team was a constructor and a manufacturer in the 1950s, winning nine out of the 29F1 races they entered between 1954-60. In addition, the racing outfit also clinched the constructors’ championship in 1958.

Further, legendary driver Sterling Moss led the team to their first F1 victory at the British Grand Prix in 1957. Unfortunately, 1958 was the last season Vanwall competed in each race. The team continued to race until the 1960 French GP after Vandervell became ill and died in 1967.

Ford developed the most iconic F1 engine, the Fors Cosworth DFV, between 1968 and 1985. Lotus, Ford, and Cosworth teamed up to develop the breathtaking engine that changed F1 racing. The initial agreement made the Cosqorth an exclusive engine for Lotus Racing. However, Ford eventually got out of the agreement and made the Cosworth engine available to the customer teams from 1969.

Ford’s legendary engine was quite compact in terms of dimensions and produced a great deal of power. The engine’s production was cheap, fitting the low-cost and high-efficiency power unit criteria for the motorsport. The teams that used the Cosworth engine were Lotus, Jordan, Fondmetal, Benetton, and McLaren. Out of the 523 races by F1 cars with the Ford engine, the teams won 176 of them, along with ten constructor titles and 13 drivers’ championships. The Cosworth engine was used for the final race in 1985 during the Austrian GP.

TAG was formed as a result of a three-way partnership between Techniques D’Avant-Gard(TAG), McLaren, and Porsche. McLaren’s Ron Dennis offered a sponsorship and part ownership deal to TAG’s Mansour Ojjeh in 1983. The partnership is still in place in the modern F1 era, with TAG having 14% of McLaren’s ownership.

TAG provided the financial backing for Porsche to develop the engine while McLaren worked on the chassis. The McLaren-Porsche engine development partnership from 1983 to 1987. The famous engine developed by the partnership was the Porsche-TAG TTE P01, considered one of the most dominating F1 power units. Out of the 69 races by TAG, they won 25 races with two constructors’ and three drivers’ championships.

Mercedes are the second-best engine manufacturer in the history of Formula 1. The German outfit made its F1 debut in 1954 at the French Grand Prix. Juan Manuel Fangio became the first driver to drive a Mercedes-powered car in 1954. He won a championship in 1951 during his second F1 stint. Fangio and Moss led the Silver Arrows to a 1st and 2nd place finish in the 1954 and 1955 championships. However, Mercedes shut their racing program after their LeMans driver, Pierre Levegh, and more than 80 fans were killed during a terrible accident at the Le Mans in June 1955. Mercedes involved themselves in F1 again after Dialmer-Benz acquired engine supplier Ilmor raced under the name Sauber in 1993.

Mercedes remained in the background until 2001, when Ilmor’s cofounder Paul Morgan was killed, and his widow sold her shares to Mercedes-Benz. Daimler became the sole owner of the renamed Mercedes-Ilmor Ltd in 2005, with McLaren being the racing team. In 2010, Dialmer Benz bought a 45.1% stake in the Brawn GP team, marking Mercedes’ return to F1 as an official constructor. Nico Rosenberg and Michael Schumacher were the first drivers to drive in Mercedes’s new era before Lewis Hamilton led the team to an era of domination. Mercedes have an incredible win percentage of 40.50%

Coventry Climax provided engines to f1 cars in 1957, seven years after the motorsport was started. The company was founded in 1917, before the end of World War 1. The Pelham Lee family bought the climax in the 1920s to supply engines to many car manufacturers in Coventry. The company entered Le Mans in 1954 with a new engine before making it to F1 in 1956. Their engine powered the cooper racing chassis, and Moss led the manufacturer to their first victory in Argentina in 1958.

The Cimax engine was used in 40 F1 races by 1969. Jaguar purchased the company’s 100% stock allocation before merging with British Leyland. Leyland sold the company in 1982 and ran it privately until 1986. Eventually, a cargo handling company Kalmar bought the climax in 2009 and moved production to Shrewsbury in the UK. The company is not active in F1 anymore, but they still have the best win percentage of 41.24%.