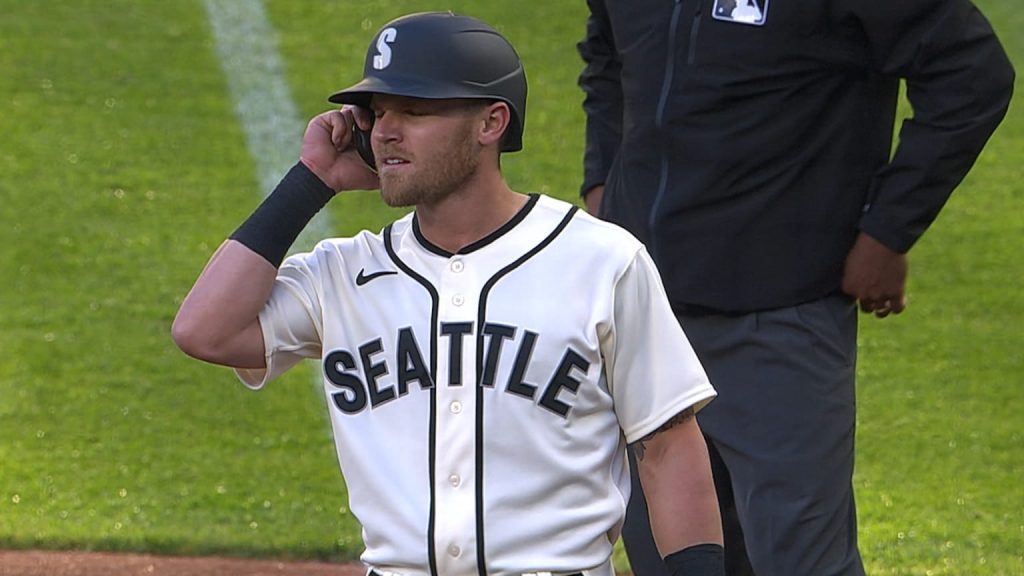 The New York Yankees manager Aaron Boone has brought in a talented outfielder to increase the depth of the non-roster at the upper levels. The Bombers recently acquired the Cincinnati Red first baseman Jake Bauers in a cash deal. The 26-year-old will not be a part of the 40-man active roster and will be assigned to the Triple-A affiliate team, Scranton/ Wilkes-Barre RailRiders.

The Newport Beach resident has appeared in 328 Major league games over three major league seasons with Tampa Bay Rays, Cleveland Indians, and Seattle Mariners. Moreover, Jake’s Bauers has averaged .213, scoring 27 home runs and batted in 110 runs during the 2021 season with the Mariners.

Bauers hit 11 homers in 96 games for the Rays as a rookie. The southpaw was regarded as a potential plus hitter and made it to Baseball America’s Top 100 prospects every season from 2016 to 2018. However, he could not be as impactful as his minor league numbers suggested due to the lack of consistency in MLB. Jake has drawn 11.5% of walks in his major league career. At the same time, he has been struck out in 26.4% of plate trips.

After the end of the last season, Seattle decided to part ways with Bauers. So, he decided to enter the minor league free agency, catching the attention of the Reds through a minor league contract in December 2021. Jake played 29 games for the affiliate team Louisville. However, the 26-year-old stumbled as he hit .135/,276/.271 with a 28.4% strike-out rate. But, the Bombers have shown some trust in Bauers despite a rough start by adding him to the non-roster depth.

Manny Banuelos finally got the opportunity to walk into the Yankees Stadium in pinstripes on Friday evening as he made an emotional debut for the Yankees. The 31-year-old recorded six final outs to help his team secure a 13-0 win over the Detroit Tigers. The last time Banuelos played a major league game was 983 days before Friday with the White Sox against Clevland. The Yankees signed Manny in 2008 from the Mexican League for $450,000.

The veteran pitched his way to the big league camp in 2011. However, the Mexican struggled to stay on the field due to a set of injuries in 2012 before getting sidelined for the whole of 2013. Manny was eventually traded to the Braves in 2015. Since then, he played for Atlanta, Angels, Dodgers, White Sox, and Mariners. He finally returned to the Yankees in 202. He also got to play his first games as a Yankee in front of his wife and two daughters. Banuelos wore a no. 68 shirt to pay homage to his friend Dellin Betances.