Shaquille O’ Neal’s Son Reveals LeBron James Was His Favorite Player Growing Up After Training Session With The Lakers! 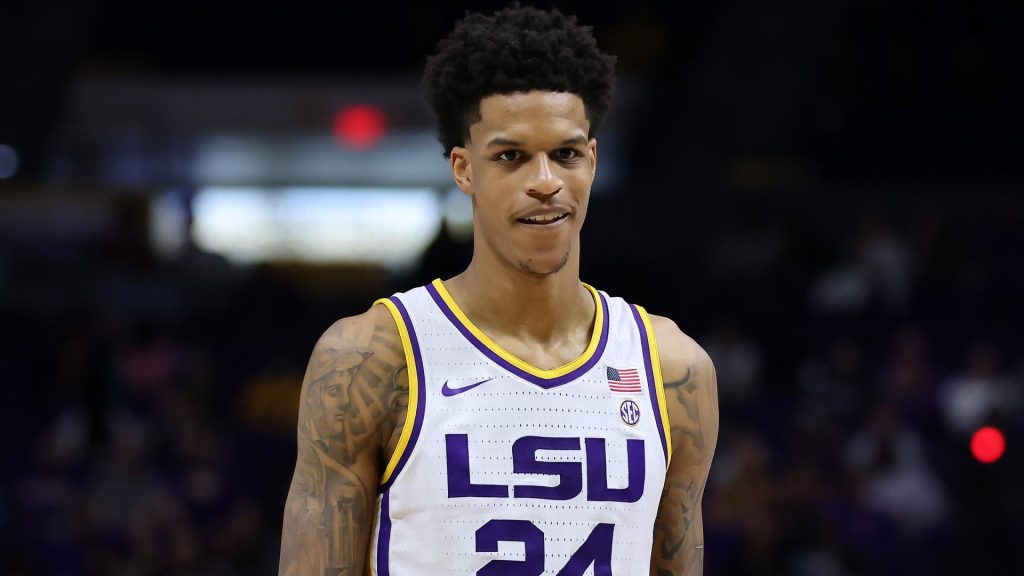 LeBron James is undoubtedly one of the most inspiring players in the NBA and has been the face of the league for more than a decade. A fatherless boy from Akron entered the greatest basketball league and became one of the greatest players in history, with four championships and countless records under his belt. James is also the only active NBA player billionaire, and his magnificence has left several generations awestruck.

The 37-year-old has played 19 seasons, and there is no doubt that he would keep going to add a few more under his name. His domination on the field has made him a role model to the up-and-coming generation of players, including kids of his peers and former teammates. One such kid that the Lakers legend has greatly inspired is Shaquille O’Neal‘s son Shareef. Shaquille played with James during his time with the Cleveland Cavaliers.

Recently, Shareef worked out with the Lakers team as he prepares to enter the league this season. The 22-year-old could possibly end up with purple and gold. But he would have a huge responsibility to live up to his legendary father’s legacy with the Lakers and the NBA. Moreover, the young blood could get an opportunity to play alongside his childhood hero LeBron James. Talking to the media after the session, Shareef shared that he was starstruck with memories of his father and Bryant winning for the franchise.

Shareef Reveals His Favorite Player & Work Out Experience With Lakers

Shareef was mistakenly placed on the list of players who have withdrawn from the draft. However, the 22-year-old declared for the 2022 draft. He began his college carer with UCLA before transferring to Louisiana State, where his father played college basketball.

Shareef missed the first 12 games due to a foot injury for the Tigers last season. Luckily, he made a comeback and averaged 2.9 points per game with 2.1 rebounds and 0.4 BPG in 9.2 MPG. In addition, the youngster shot 50% from the field.

Shareef made a media appearance following his practice session with the Lakers. He shared that he felt starstruck when he walked in for the session. Shaq’s son felt that he was really born into the team. Moreover, Shareef said that his father and Kobe won championships when he was born. And now it was him who was putting on the Lakers gear. He added, “It was crazy. I was speechless, kind of.”

It would be quite thrilling if the Lakers bid for Shareef this offseason. The youngster would have the opportunity to play alongside LeBron James and be with the franchise where his father enjoyed great success and recognition.