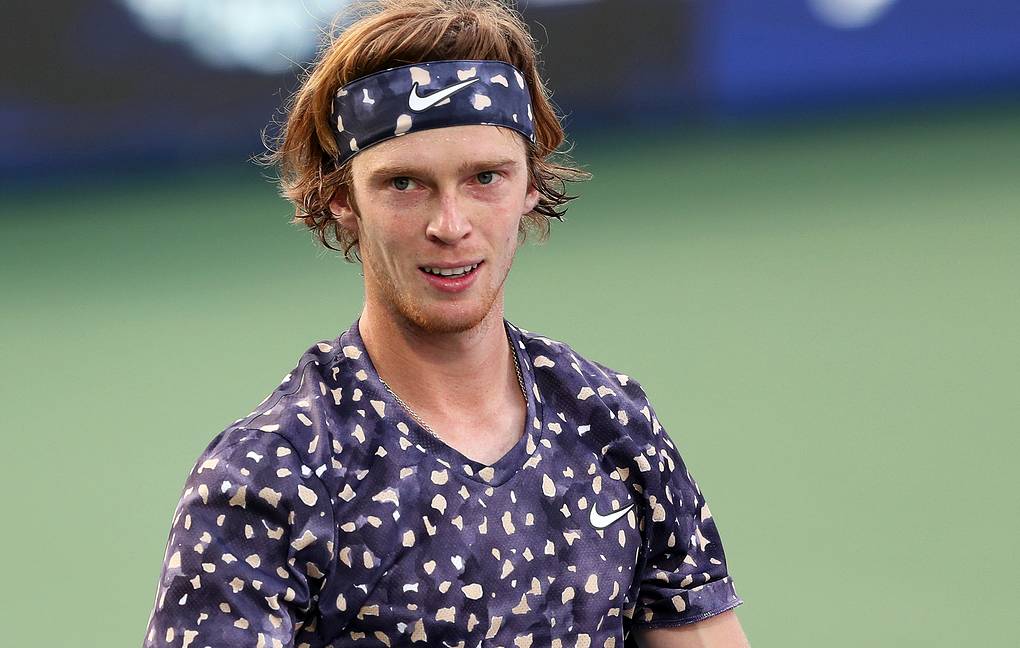 Last week, Andrey Rublev won the Serbian Open finals against Novak Djokovic. During a three-set encounter, the Russian tennis star defeated the world no. 1 by 6-2, 6-7, and 6-0. And recently, the 24-year-old reacted to Wimbledon’s decision to ban Russian and Belarusian players from the Grand Slam tournament in June-July.

Earlier this month, Wimbledon announced that players from both nations would not be allowed to compete at SW19 after Russia’s decision to attack Ukraine. World no. 8 was furious about the news and expressed his frustrations about Wimbledon’s decision after his win at the Serbian Open. Rublev called the ban illogical. The Russian player further suggested that the Wimbledon bosses could have donated to the people affected by the war instead of barring players from participating. The young tennis star did not hold back in Belgrade after Wimbledon’s decision. Andrey told that the reasons the All-England tennis club gave made no sense and were not logical.

Further, Rublev said that Wimbledon bosses were discriminating against players on the basis of their nationality. The ban will affect Rublev’s dream of becoming the top player this season. He seems to be in great form in the finals against Djokovic. Moreover, Andrey has won three ATO titles this year. The Russian told that his aim was to climb higher and get on top of the ATP rankings.

Meanwhile, Djokovic also came out in support of the banned players. Nole pointed out that Wimbledon has breached the anti-discriminations rule, which ensures that players play on the basis of their rankings and not their nationality. Rublev also urged the reporters to ask Federer and Nadal for their opinion as the two legends always stay silent on sensitive issues.

The ATP and WTA have permitted players from both countries to participate in the tour events. The sporting bodies have also warned Wimbledon bosses that they might face legal action for their decision to ban players. However, there has been no response on the matter at all from Roger Federer and Rafael Nadal. The duo had chosen to hold their views in the past when Peng Shuai went missing, while the whole tennis fraternity voiced their concerns about her disappearance.

In an interview, world no. 8 said that he had no idea why Federer and Nadal chose to stay silent on critical matters. Rublev told the reporters that it was better to ask the duo about it. The Russian tennis star added that he did not know if they keep quiet to maintain their image or have a different opinion on the matter. While Djokovic has stood tall to express his views and fight against wrong, the two other legends of the Big Three have avoided political controversies throughout their careers. Sadly, everything happening with the Russian and Belarusian players is unfair and uncalled for.