Ron Marinaccio Makes It To The Yankees’ Injured List Following A Shoulder Inflammation! 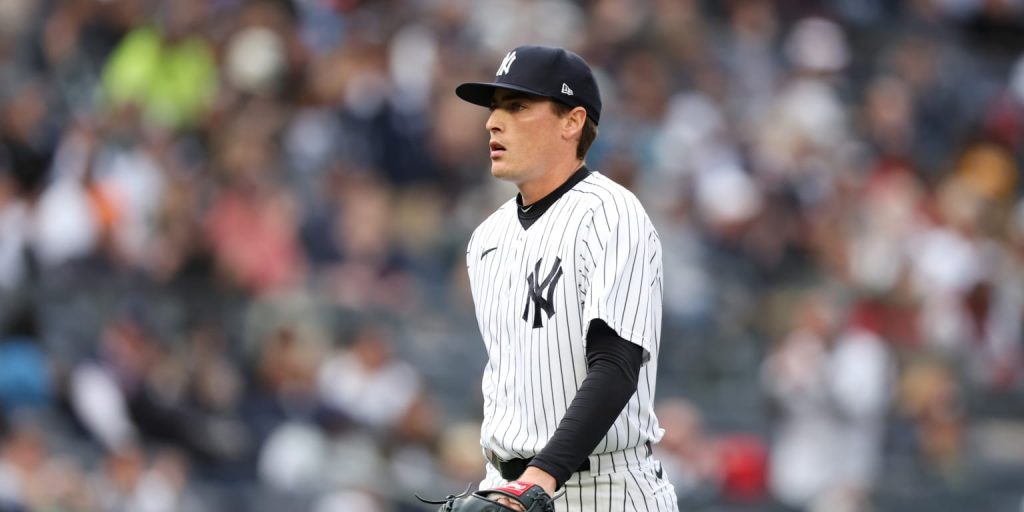 On Sunday, the New York Yankees placed their reliever, Ron Marinaccio, on a 15-day injured list. The rookie suffered a shoulder inflammation after Saturday’s game. The 27-year-old felt discomfort in his shoulder after pitching during the 13-4 win against the Cleveland Guardians on Saturday. The right-handed pitcher came in to fulfill his relieving role after Aroldis Chapman walked the bases loaded during the seventh innings. Although the New York bullpen will suffer from Ron’s absence, the Bombers have decided that it would be best for the rookie to get some extended rest to recover.

The Yankees manager Aaron Boone said that Ronnie is a younger guy and grinding through his first major league season. Thus, instead of pushing through a possible lingering issue, the Yankees management decided it was best to give Ron a few days to keep him strong and fresh.

The Yankees rookie has been in immaculate form after getting called up late in May. The 27-year-old pitched 15 1/3 innings without a score and conceded just one infield single with 17 strikeouts. JP Sears will replace Marinaccio after his shoulder injury. He went 3-0 while pitching 12 1/3 scoreless innings in his last three hames for the Yankees this season

The 26-year-old relieved Jordan Montgomery on Sunday. He pitched 2 2/3 innings as he conceded three hits and a single earned run with a single strikeout during the 2-0 loss against Cleveland. Moreover, the southpaw became only the third pitcher in the franchise history to throw a minimum of five scoreless innings during his first two major league appearances.

Boone claimed before Sunday’s game that Sears could be used in different roles. The Pinstripers boss stated that Sears was built up as a starter. He could be in long relief roles when a lot of innings are needed. Moreover, Boone said that JP would be used in a Marinaccio-type role or in some high-leverage situations on a given day. Aaron was confident about JP and his development. He added, “We feel like we’re adding a guy who isn’t just filling a roster spot for us but absolutely has an impact in this stretch.”

Further, the Yankees also announced on Sunday that Manny Banuelos had been traded to Pittsburgh Pirates for cash considerations. The 31-year-old played four games for the Yankees this season with an ERA of 2.16 in 8 1/3 innings. Moreover, Domingo German conceded one run and two hits in four innings during his third rehabilitation game for Double-A Somerset. The Yankees pitcher is expected to make a return later in July.