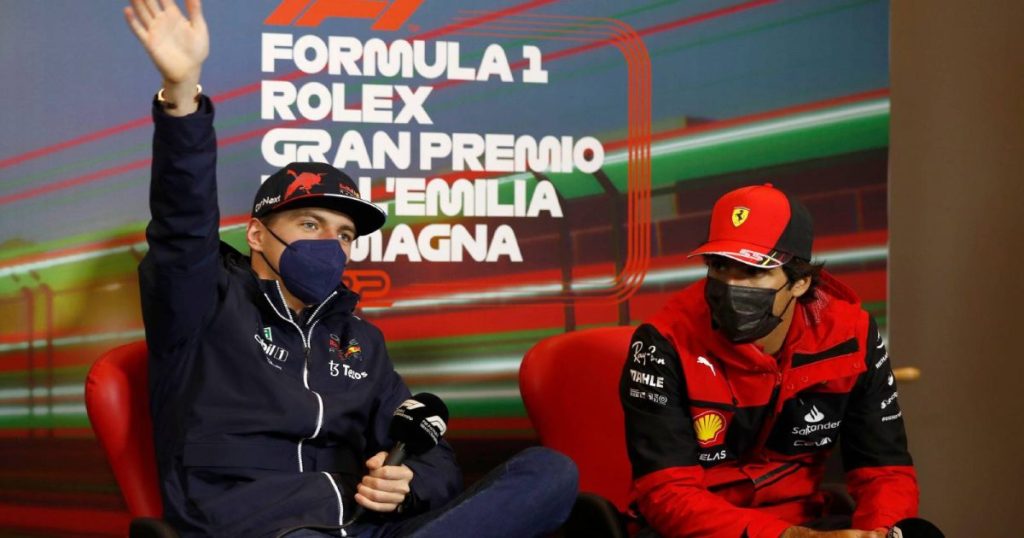 The early stages of the 2022 F1 championship have been led by Ferrari’s Charles Leclerc and Red Bull’s Max Verstappen. The duo has shown some spectacular wheel-to-wheel battles, particularly in Bahrain and Saudi Arabia. Both Max and Charles have won two races each from the four races so far in 2022. Moreover, Leclerc is 27 points ahead of the reigning champion and currently stands on top of the drivers’ rankings. However, Verstappen was 45 points behind the Monegasque driver before the Emilia Romagna GP due to two early retirements for Max in Bahrain and Australia. Luckily, the Dutchman reduced the lead by winning at Imola and climbed the drivers’ standings to a second position.

Fortunately, we have not seen any heated incidents between the two drivers who have been competing against one another since their karting days. Last year, there were a number of unfortunate encounters, penalties, and controversies during the championship battle between Verstappen and Lewis and Hamilton. Recently, Red Bull’s team principal, Christian Horner, has shared his perspective on the rivalry between Max and Charles.

Verstappen & Leclerc Have Been Old Rivals

Earlier in April, Leclerc revealed that he and Verstappen used to hate each other during their Go-Karting days. Verstappen and Leclerc have always been in close competitions. And it seems like the same feat is bound to repeat itself at the F1 stage during the 2022 championship. Moreover, the Monacan driver pointed out that either Leclerc or Max won the karting races. And the two began hating each other at one point. Further, the 24-year-old told that both of them have different styles of driving, and he enjoys the rivalry between them.

Horner Talks About The Respect Between The Two Racers

When Horner was asked about his take on the rivalry, the Red Bull team principal told that Verstappen and Charles have grown up competing against each other in karting. Moreover, Horner added that both of them come from the same generation. And there is a genuine sense of respect between Max and Charles. Christian was sure that the duo would be super competitive again during the Grand Prix in Miami. In addition, the Red Bull boss predicted that Verstappen and Leclerc would continue to compete against each other throughout the whole season.

Meanwhile, F1 expert Nico Rosenberg feels that the rivalry between Verstappen and Leclerc mixes things up well for F1 and the fans. However, the 2016 F1 world champ feels that the battle will get more complicated as the season moves forward. Further, Rosenberg revealed even when Leclerc has replaced Hamilton in this year’s championship battle; the new rivalry is still equally enjoyable. Nico added that the rivalry has not heated up just yet. But he believes that if the duo continues like this, there will come the point where the two rivals will touch and collide, leading to a controversy. Rosenberg concluded, “I’m looking forward to that.”