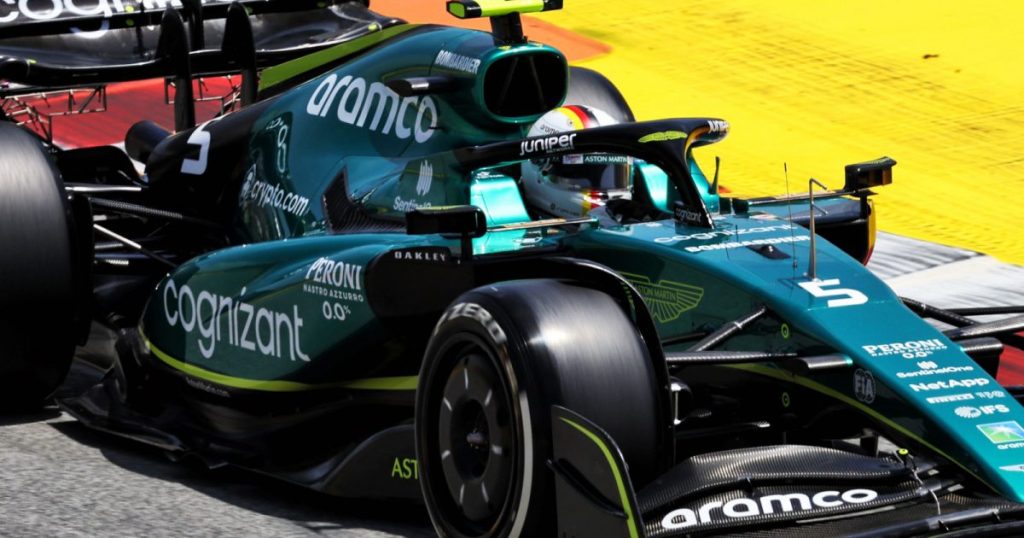 Formula One kicked off the Europen leg of the 2022 championship at the Circuit de Barcelona-Catalunya. Amid scorching temperatures in Catalonia, the FIA had their hands full with a couple of matters ahead of Friday’s practice. The Red Bull Racing team appeared to be in disbelief when Aston Martin wheeled out their updated version of the AMR 22. The car’s design resembled the Red Bull’s front-running RB-18. Elsewhere, Fernando Alonso lashed out at the FIA regarding a matter with racing stewards and would face punishment for his conduct.

Soon after, Red Bull accused Aston Martin of copying the design of their car. Last year, two senior aerodynamic experts, Andrew Alessi and Dan Fallows, left Red Bull and were recruited by Aston Martin. The team principal, Christian Horner, was quick to express his grave concern about Red Bull’s intellectual property being compromised. Horner admitted that a few people moved over the winter period. And they could not control what the employees took in their heads. Moreover, the Red Bull boss said, “It is quite a thing to instruct your team to come up with a closely looking clone of our car.”

The FIA Investages The Matter, Making Red Bull Unhappy With The Decision

Aston Martin is known for copying designs in the past. Back in 2020, when the racing team was called Racing Point, they mimicked the Mercedes’ 2019 title-winning car’s design through photographs. After the incident, the FIA banned the teams from copying their opponent’s designs. Red Bull’s pit crew also mocked Aston Martin by sitting with a green version of the beverage on their workstations during Friday’s practice. The off-pace Aston Martin has already been named “Green Red Bull” this year. However, they have not matched the Red Bull’s RB-18’s pace, which has helped Max Verstappen win three out of the five races in 2022.

The FIA was quick to launch an investigation into the matter involving Aston Martin and Red Bull. The F1 governing body stated Friday’s ruling that Aston Martin did not commit any wrongdoing. And there has been no reverse engineering or illegal transfer of intellectual property involved in the incident. But Red Bull was unwilling to let the matter slide and questioned the FIA’s decision. The team stated, “Should any transfer of IP have taken place, that would clearly be a breach of regulations and would be a serious concern.”

Alonso got himself involved in a debate with the FIA on Friday morning. The Alpine driver was handed a five-second penalty for cutting a chicane in Miami. The penalty cost the two-time F1 champ from finishing in a points-scoring position. Alonso insisted that he slowed down a little to give back the gained time.

Moreover, the Spanish driver said he had arrived back with the proof. But the stewards were packing up and not present in the room. Fernando claimed to have shown the data. The stewards said their hands were tied as they had already issued the penalty. Further, Alonso claimed that it was quite unfair and accused the stewards of incompetence. The FIA referred Alonso to the stewards, who will decide a potential punishment for his offensive remarks.