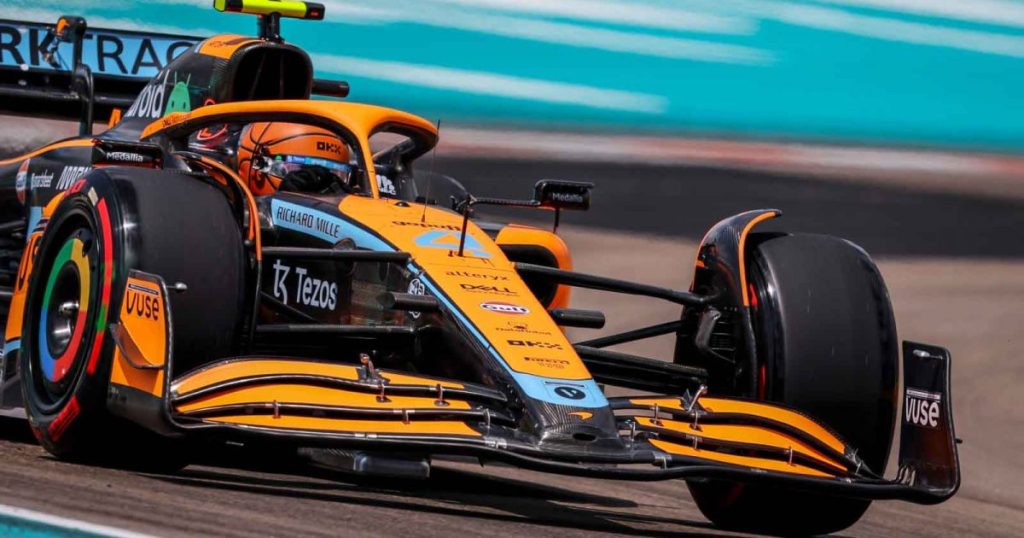 After five races in the 2022 season with the newly designed cars, almost all the teams across the circuit brought in some kind of upgrades for the Spanish weekend. McLaren surprised everyone as the newly modified MCL-36 came out of the pit ahead of Friday’s practice at the Spanish Grand Prix. The British motor racing team unvieled a completely new version of their new car with ten significant upgrades in Barcelona.

The MCL39’s front wing flap, diffuser, rear wing, rear brake duct winglet, front brake duct, floor, and louvers have been replaced. Moreover, the cockpit strakes have been taken off, and new sidepods have been developed. The racing team has also revised the front suspension in order to get at least closer to their last year’s performance. Lando Norris finished sixth for McLaren, while Daniel Ricciardo finished ninth during the 2021 drivers’ championship.

Ricciardo commented about the challenges McLaren has faced so far and how the upgrades will boost their performance on the racing circuit. The Australian driver that the MCL36 is not as fast as the frontrunners. He explained that McLaren is still trying to discover and learn with their new car. Moreover, Daniel pointed out that most teams have brought some upgrades this weekend after what everyone has learned after the first few races of the season. The McLaren driver predicted that the Spanish weekend would bring the spread field a little closer if everyone did their math correctly. Moreover, Ricciardo was hopeful that his team would get closer and fight more towards the frontline consistently.

The 32-year-old also drove the simulator of the new upgrades of the MCL36. However, Ricciardo was conservative about his answer regarding the car’s progress. He still needed to try the car and drive it on the circuit. The Australian driver admitted that the car would be at least half a second quicker. Daniel said that McLaren needs to keep improving with other teams progressing quicker as well. Ricciardo added, “It’s relative, but so far, it felt like it’s definitely a step in the right direction.”

McLaren was strong during FP1 as both drivers finished in the top 10. Lando Norris finished sixth while Daniel Ricciardo was at the ninth spot. However, the racing team struggled during FP2, with Daniel finishing 15th and Lando Norris in the 20th spot.