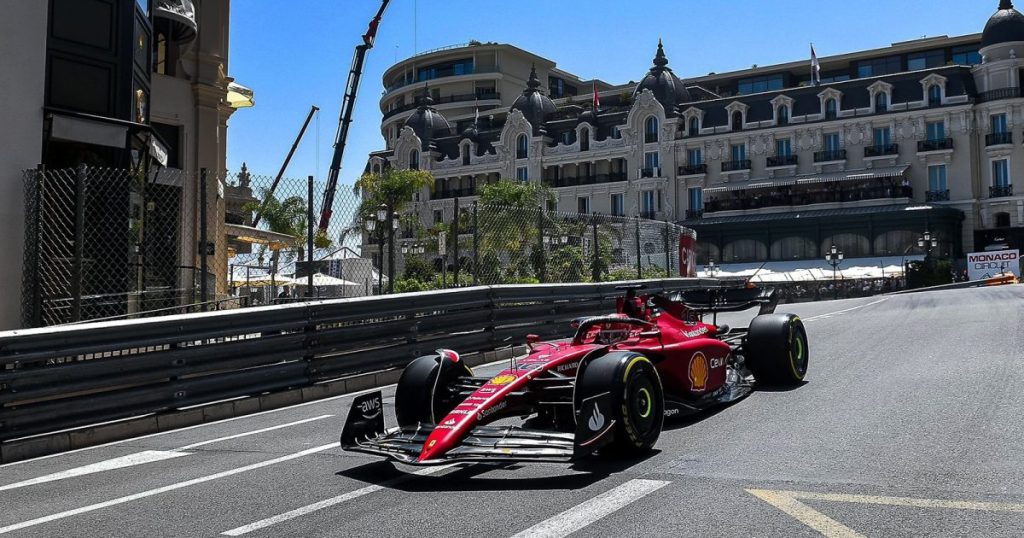 Charles Leclerc would be desperate to get back into winning ways after stumbling in the last two races. After retiring from lead and taking no points home, Ferarri driver Leclerc would look to get back on top of the drivers’ championship this weekend. And it seems like the Monegasque might have the pace to win his first race at his home circuit.

On Friday, both the Ferraris appeared to have superior pace as Red Bull’s Max Verstappen and Sergio Perez played catch-up during both the sessions. Charles Leclerc recorded the fastest lap in both FP1 and FP2, while Carlos Sainz finished third and second, respectively. Sergio Perez, who was second and third during the Friday practice, shared his opinion on Ferrari’s performance on Sunday.

Perez said that he felt nice driving again in Monaco as always. And it had been two good sessions for him. However, Checo pointed out that it was a little tough with the traffic, But Red Bull seemed to lack a bit compared to Ferrari. Moreover, the Mexican driver shared that the Scuderia seemed very strong on Friday. Hence, Red Bull will analyze everything and see what they can do to match Ferrari’s pace.

Moreover, Sergio admitted that his team was surprised by the gap between Red Bull and the Scuderia. The racing team expected a bit of a gap, but over three-tenths of a second gap was a little unexpected for Red Bull. In addition, Checo said, “So plenty of work to do and we will see- I mean Q3 is what matters.”

The reigning world champ finished fourth during both Friday sessions. Max accepted that Ferrari was better and pointed out that Red Bull is still trying to find the perfect set-up balance. He also shared that driving the new 2022 car is a bit more challenging than it has been in the past. Moreover, Verstappen said that his team tried a few things in Monaco to see how the RB18 behaved. The Dutchman felt a little bit happier with the set-up in FP1 than in FP2. The 24-year-old reckoned that if Red Bull found a better balance, they would be able to attack a little more and post a better lap time.

Further, Verstappen told that his team needs to find a little more as compared to Ferrari. And it is also about finding the right balance. Talking about the performance of new cars in the tough street circuit, Max said that the car was a bit heavier, slower, and bumpier due to its weight. Moreover, the Dutchman emphasized that visibility was also a factor, and it was very hectic to drive in Monaco.

Max Verstappen took a six-point lead over Leclerc after winning three races in a row at Imola, Miami, and Spain. Moreover, Red Bull has also taken a 26-point lead over Ferrari in the constructors’ championship. With the Scuderia having a clear advantage, it will be interesting to see how Verstappen and Red Bul respond during Saturday’s qualifying.