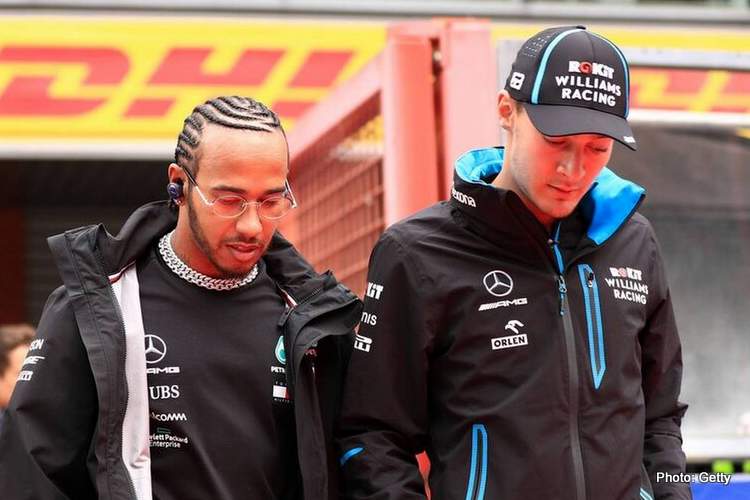 The new FIA has enforced the rules very strictly during the 2022 championship. While there have been a series of controversies so far, the most highlighted issue is the governing body’s brawl with Lewis Hamilton over the jewelry ban. Drivers are not allowed to wear any jewelry items in the cockpit while racing due to safety reasons. While the rule was first introduced in 2005, the previous managements have been lenient about it. However, the FIA approach to the jewelry ban has been much more aggressive this year, and the drivers have not been too happy about it.

After a controversial period of attacking comments, the FIA gave Hamilton an exemption of two races to remove his nose piercing with a surgical procedure. However, the seven-time world champion pushed back and shared that he would not remove his nose ring at least until the end of the year. Following concerns from Formula One, the FIA recently extended Hamilton’s jewelry exemption until the end of June. Thus, the Mercedes driver will have the liberty to race with his nose ring for three more races, including Monaco GP on May 29, Azarbaijan GP on June 12, and Canadian Grand Prix on June 19. However, the Briton’s exemption will end just before his home race at Silverstone on 3rd July.

Hamilton has donned jewelry for most of his driving career. The British racer is one of the most successful F1 drivers in the world. He has won seven championships along with Micheal Schumacher. Overall, he has won 103 GPs and is one of the most respected personalities in the motorsport fraternity. And recently, Hamilton opened up about the jewelry issue once again after the practice sessions on Fridays.

On Friday, Hamilton said that the FIA is giving too much time and energy to the jewelry issue. The Briton claimed to have taken out his ear studs every time he stepped into the cockpit. He pointed out that many drivers have worn jewelry throughout their F1 career. And it has never been a problem. Thus, the 37-year-old doe not think that it should be a problem now. He was hopeful to work with the FIA and come up with a solution to the whole controversy. Hamilton added, “We shouldn’t have to keep revisiting the subject every weekend. We have bigger fish to fry.”

However, the FIA has been under the F1 bosses‘ radar, who are not happy with the governing body’s conduct this year. There have been a number of controversies. This includes the jewelry and underwear row, the Red Bull-Aston Martin cloning issue, and Alonso’s uncalled penalty. Amid growing concerns, the FIA president said that Hamilton would be fined for failing to comply with the jewelry rule. It will be interesting to see what happens when Hamiton chooses not to get his nose ring removed before the British Grand Prix.