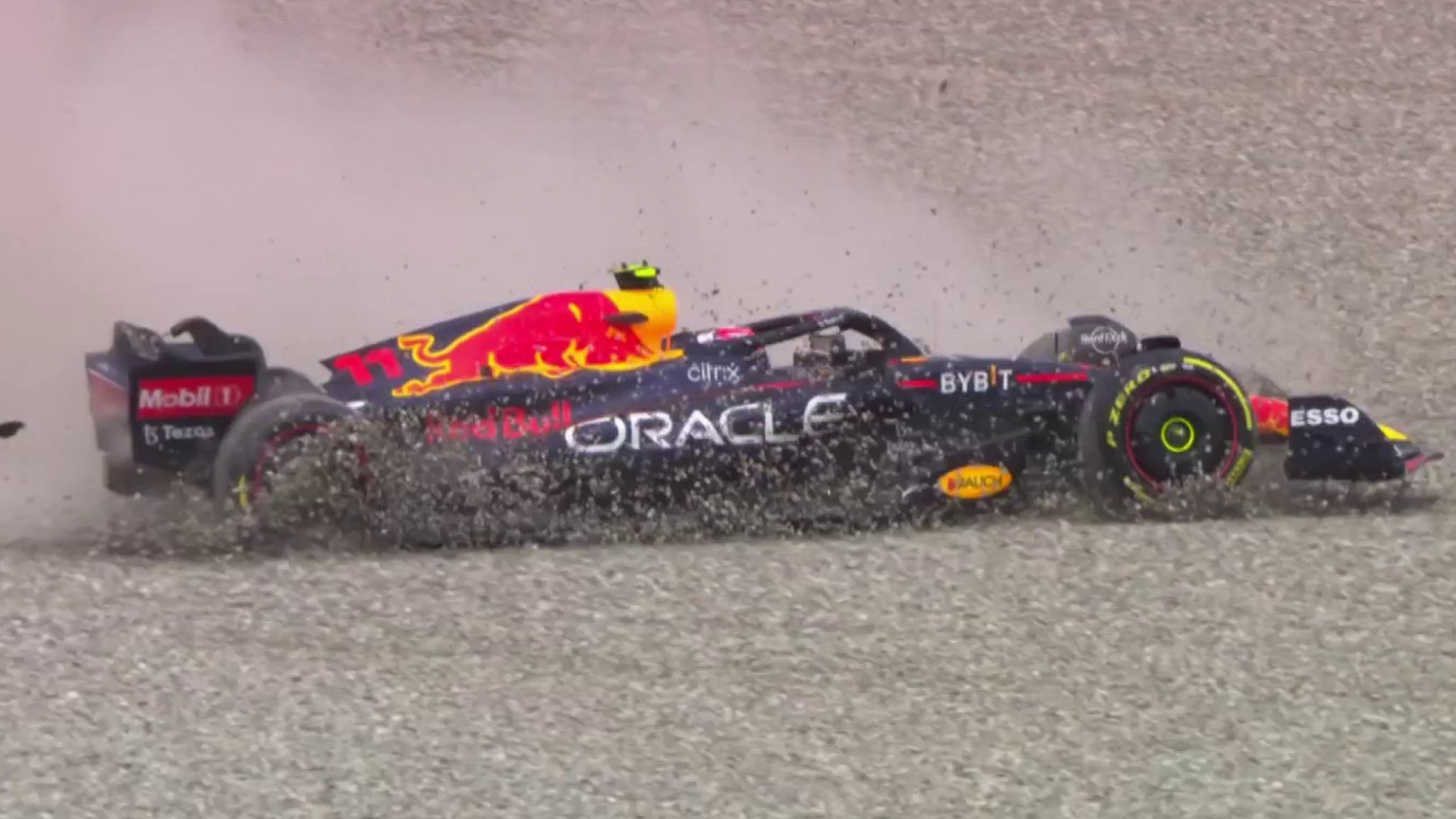 Red Bull team principal Christian Horner was not happy with how Mercedes’ George Russell made contact which Sergio Perez, which ultimately ended his race before the finish. Horner criticized Russell for trying to overtake Sergio Perez during the first lap of Sunday’s race, resulting in retirement for Checo. The Mercedes driver was handed a five-second penalty after the incident and finished P4 at the end.

Talking to Sky Sports F1, Christian Horner stated that he did not think Mercedes liked Red Bull cars going round the outside at turn four in Austria. The Red Bull boss pointed out that Lewis Hamilton made similar contact with former Red Bull driver Alex Albon at the same turn. The former British driver blamed Russell for making contact with Checo. He said it was a shame as Perez was clearly ahead. He felt that the incident was a mirror image of what happened between Lewis and Albon a couple of years ago.

Christian Horner further revealed that the damage caused by the incident left no chance for Perez to score points in Austria. Hence, Red Bull decided to call Checo back to save some mileage. Horner added, “It’s just a shame that he wasn’t given more space. However, it’s one of those things. We’ll bounce back in France.”

Sergio Perez was also frustrated by the outcome of the Austrian weekend. He left Red Bull Ring without scoring a single point on Sunday. Checo claimed that there was nothing he could have done differently other than taking a trip to the gravel to leave a free road for Russell. According to him, George had enough room to go ahead with the move, and it was up to him to control his W13. Sergio also pointed out that he was ahead and was in the right position. The Mexican driver added, “And it was down to him to really avoid the contact.”

Perez’s retirement also hurt himself and Red Bull in two ways. Checo lost his second place in the drivers’ rankings to Charles Leclerc due to his retirement and the Monegasque’s win. The Mexican dropped to third place with 151 points. Meanwhile, Ferrari reduced Red Bull’s lead in the constructors’ championship to 56 points. Sergio told that his retirement hurt Red Bull in both championships. However, the Mexican driver hoped to make up for the situation during the upcoming races.

Checo also mentioned that the tussle between Ferrari and Red Bull had been the same all season. Sometimes Ferrari is quicker, and sometimes Red Bull is. He admitted that Ferrari was the quicker car in Austria. However, Sergio concluded, “We need to look forward now. The season is long, and hopefully, we can come back stronger in the coming weekends.”