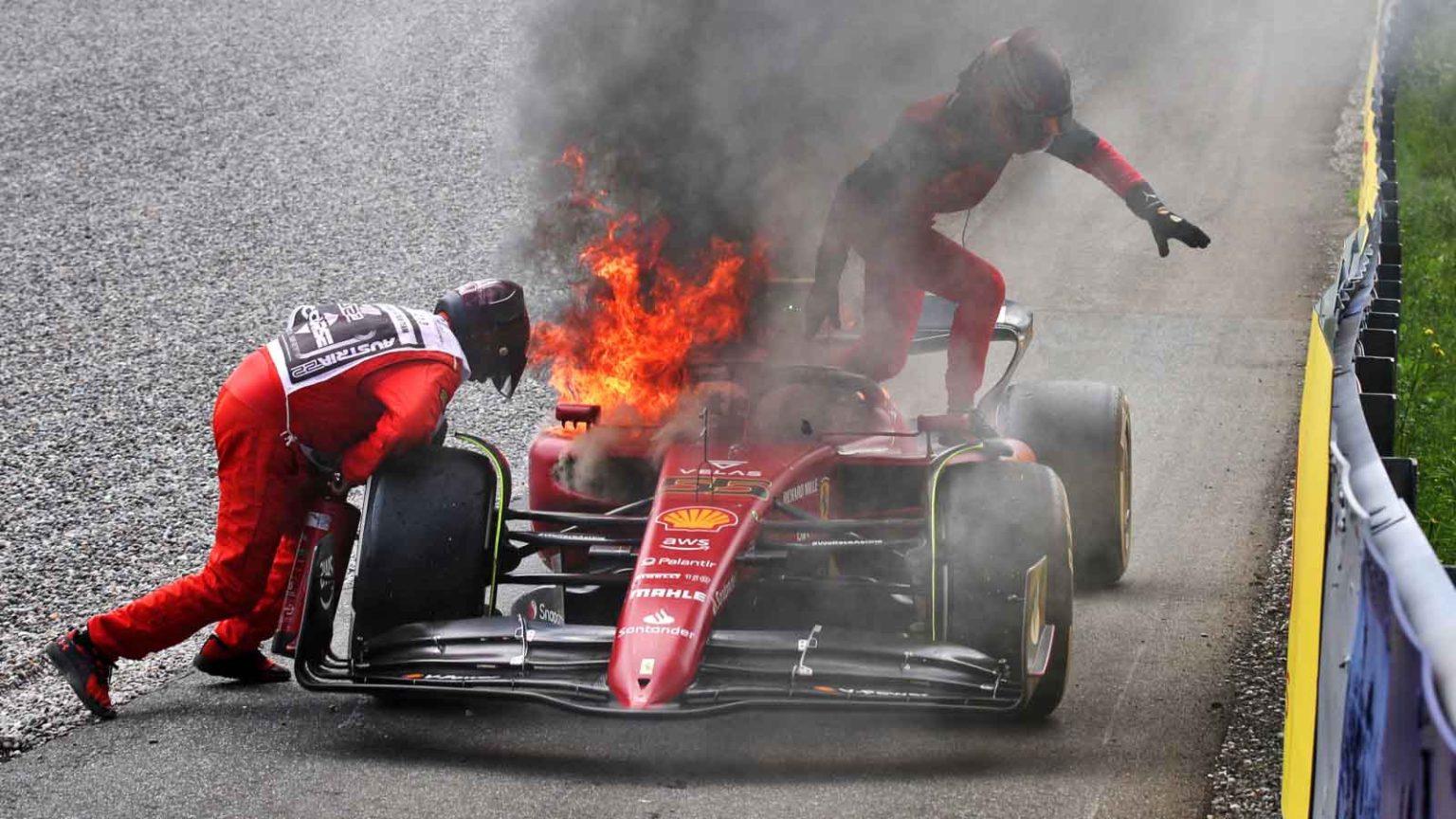 Undoubtedly, the second straight win in two weeks has brought Ferrari back into the championship race. Charles Leclerc got back into winning ways with his third GP victory of the season. But unfortunately, the Italian outfit failed to maximize their points with a one-two finish, following Carlos Sainz’s retirement. Not just that, another retirement for the Scuderia has made it clear that Ferrari has some consistent reliability issues. These issues are needed to be solved quickly to stay in the championship battle. Both Charles Leclerc and Mattia Binotto also expressed their concerns about the F1-75’s reliability issues after Sainz’s car caught fire due to a power unit problem in Austria.

The Ferrari boss stated that the engineers in Maranello are working hard to find a solution for their reliability issues. Binotto revealed that the issue in Spielberg was similar to what happened in Baku. Although, he was glad about having a good and performing engine. The engine capabilities gave Binotto hope for the future where the Italian outfit could make it more reliable.

Further, there are two races in France and Hungary before a four-week summer break. Hence, Ferrari is looking for a short-term solution for the two to keep reliability issues away during the two races. However, Mattia shared that the reliability issue is not a long-term problem. He is convinced that his team would solve the problem together. However, the Ferrari boss mentioned that such interventions take a little longer. The team would need to design, produce, and homologate new components to get more reliability. Hence, the process would take more than a few weeks. Binotto concluded, “In the short term, we will try to manage it in terms of kilometres.”

Charles Leclerc said Carlos Sainz’s retirement did take the joy from his win. The team is genuinely concerned about reliability. He said they really need to make sure that it does not happen again during the season. Meanwhile, Leclerc suffered a few reliability issues recently, which kept him from competing for a win.

The 24-year-old complained on the team radio about a sticking throttle after Sainz’s retirement while being in the lead. However, Charles was relieved as he succeeded in holding off Max Verstappen from getting ahead. Leclerc revealed that the car was pushing too much due to the throttle’s inconsistency, especially at turns three and four. However, Charles was able to manage it and was happy to get over the finish line in the first position.