‘Red Bull And Ferrari Would Be Ahead In Silverstone,’ Claims Mercedes’ George Russell! Lando Norris Expects A Better Run During The Home British Grand Prix 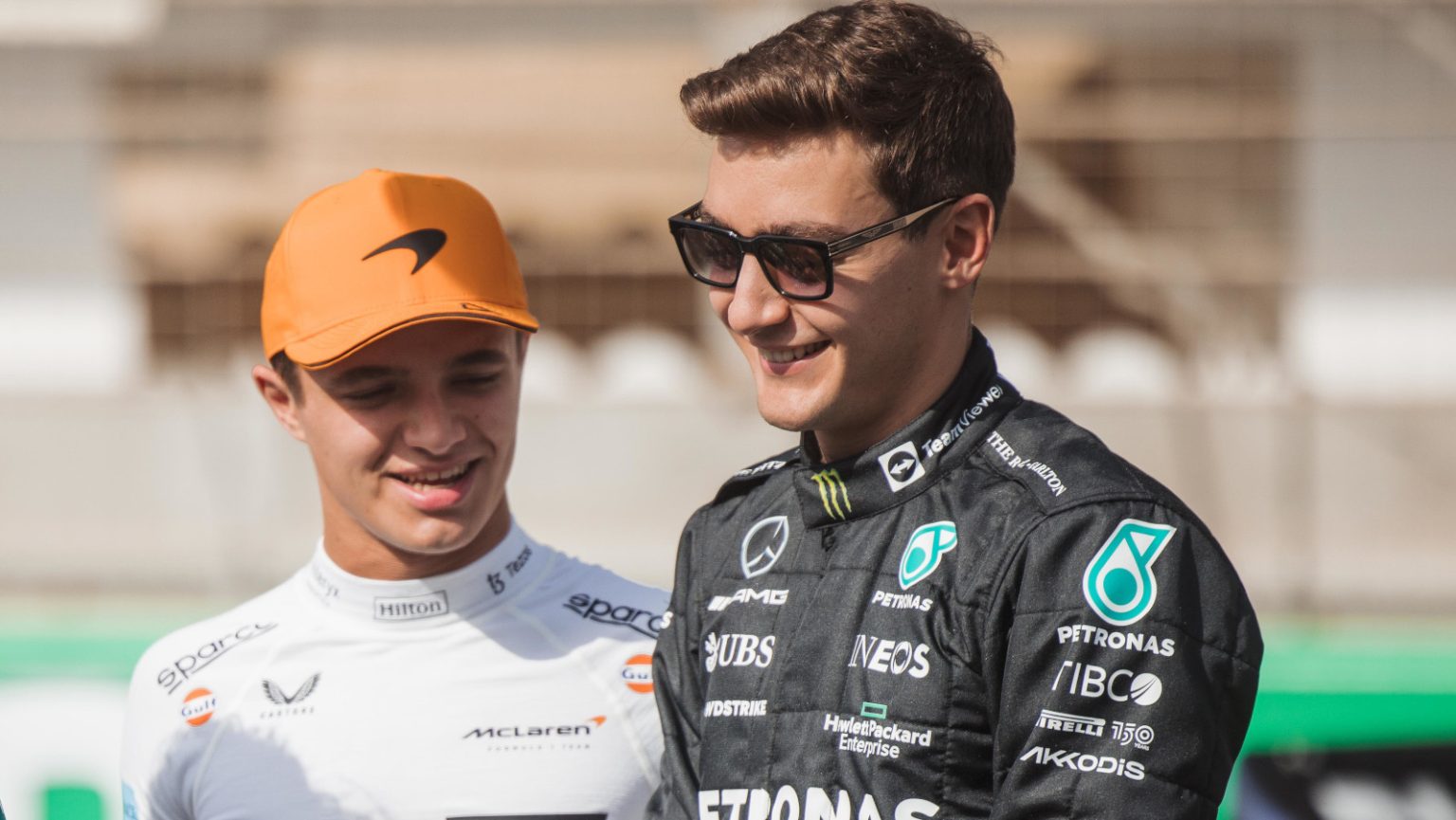 Mercedes and McLaren have struggled to fight for a win against the frontrunners Red Bull and Ferrari. No other racing team has won a single race except Red Bull and Ferrari, and the British drivers from the Silver Arrows and McLaren would hope to change that during the tenth race of the 2022 championship in Silverstone. Lewis Hamilton, George Russell, and Lando Norris have returned to Britain to race on their home circuit.

Last year, Hamilton went on to win the British Grand Prix, continuing the tradition of securing a podium at home since 2013. And recently, Mercedes’ George Russell predicted that it would be a tough race for the German racing team amid expected domination from the two frontrunners. Meanwhile, McLaren’s Lando Norris revealed that he is excited to put up a better performance in front of the British crowd at his home circuit.

Talking to the F1 Nation podcast, Russell shared that Silverstone is a bit smoother and has a faster circuit. Thus, he feels that the conditions could be slightly more in his team’s favor. However, the Briton pointed out that ultimately, Red Bull and Ferrari would be at the front. Russell and Hamilton have been the drivers who have struggled with porpoising the most this season. This is because Mercedes continues to have a tough time with their newly-designed W13. The bouncing issues have restricted the reigning constructors’ championship to be the third-fastest team this year due to their car’s lack of competitive performance.

George also mentioned that the W13 had shown some of its strengths on occasions. The 24-year-old said that Mercedes has improved in terms of race pace. He also pointed out that the Silver Arrows are the only team that closed the gap to the frontrunners during a Sunday race and restricted the gap from expanding. Further, Russell told that being in a W13 felt like an uncomfortable roller coaster due to too much shaking around. He revealed that his teeth constantly moved, and every tiny stone on the track rattled through his body.

Lando Norris Excited About The Home Race In Silverstone

Norris has had a slower start to the 2022 season compared to last year. However, the McLaren driver was confident about putting on a challenging performance in front of his home crowd. The 22-year-old said that he was excited to be heading back to his home race in Silverstone. In addition, he shared that witnessing the British fans and the papaya is always motivating and a big boost for McLaren.

Moreover, the British driver was looking forward to seeing everyone in the fan zone and soaking up the home atmosphere. Lando also stated that McLaren had worked hard since Montreal to increase their performance and understand the scopes of improvements. The Briton reckoned that his team had a better understanding of their car. And while McLaren would not find overnight fixes, they would do everything to give the home fans something to cheer.