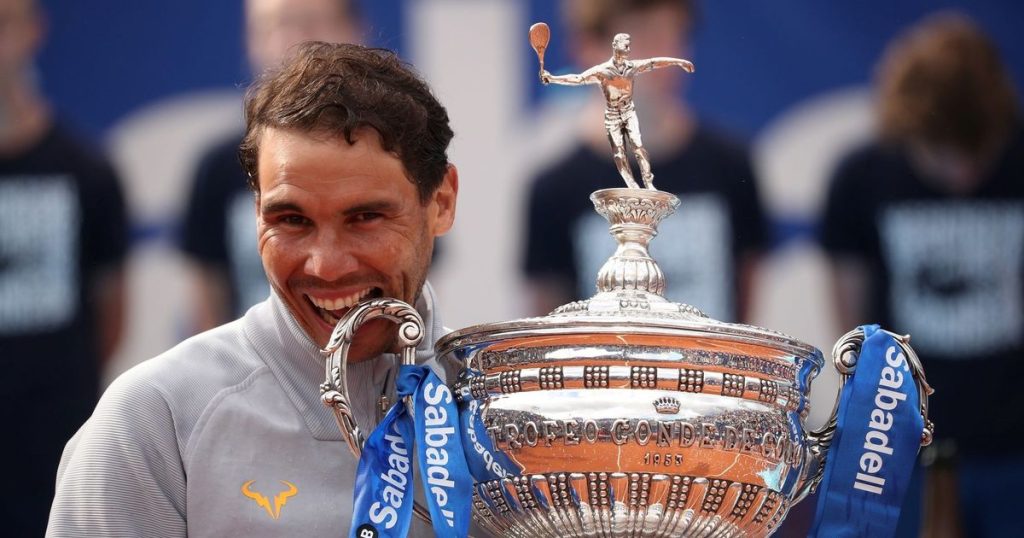 Unfortunately, Rafael Nadal will not feature at the Barcelona Open scheduled to commence on April 18. The Spaniard will need more time to recover from a rib stress fracture he suffered during the Indian Wells semi-finals against Carlos Alcaraz last month. Nadal moved into the finals against Taylor Fritz, who managed to defeat the Spaniard at Indian Wells. The defeat was Rafa’s first this year after a 20-game winning streak. In January, the 35-year-old also bagged his 21st Grand Slam title at the Australian Open.

Further, Nadal’s doctor confirmed that the Spaniard would be out of action for at least four to six weeks. Rafa had already withdrawn from the Miami Open and the Monte Carlo Masters. Unfortunately, the former world no.1 will not appear for the Barcelona Open, where the King of Clay has won most titles by a fair margin. Rafael’s team told Reuters the Spaniard had been withdrawn from the entry list in Barcelona. His team was not sure about his return to play his first match of the clay season. The team added, ” We don’t know yet when he will be at his first tournament on clay this year. Hopefully, soon.”

Rafael Nadal will still have a few tournaments to prepare for the Roland Garros if he fails to return in April. He will have two tournaments at Madrid and Rome Masters in May to get back in competitive shape. Moreover, a couple of ATP 250 events in Geneva and Lyon could help the Spaniard find his grip on clay before the start of the French Open.

Nadal Has Won Most Titles At Barcelona Open

Rafael Nadal has an elite winning record while playing at the Barcelona Open. He has won 12 titles and never lost a final. Rafa lifted his first Barcelona Open title back in 2005, defeating Juan Ferrero. He continued to win for four subsequent seasons in Barcelona by beating Tommy Robredo, Guillermo Canas, and David Ferrer on two occasions.

His next Barcelona title came in 2013 against Nicolas Almagro before winning consecutive titles between 2016 and 2018. Rafael Nadal conquered Nei Nishikori, Dominic Thiem, and Stefanos Tsitsipas to get up to 12 titles at his home event. The second highest titles record is three times by Mats Wilander, Roy Emerson, and Manuel Orantes. Hopefully, Nadal will return to the tennis court soon as he looks to win his 14th French Open title at the Roland Garros in May.