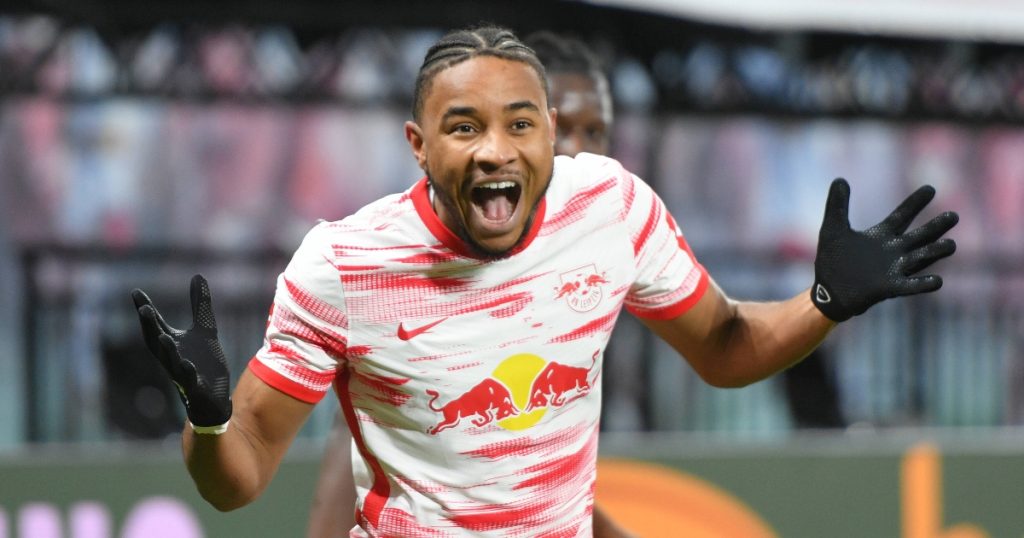 Arsenal was reported to be involved in a deal for Christopher Nkunku three years ago. However, the Gunners decided that PSG’s demand of £13 million was an outrageous ask for the Frenchman. Arsenal boss Unai Emery was in the French Capital, where he met with Nkunku, who was with PSG in 2019. Emery was on the lookout for a versatile player for Arsenal, and he was impressed by Christopher. Unfortunately for the Gunners, the move did not go through. The English football club signed Denis Suarez on loan instead. After three years, the 24-years old is rising as one of the brightest prospects in the game’s future.

Christopher Nkunku has been by far one of the best players in the world this season. He has scored 30 goals with 18 assists in 43 games for RB Leipzig this year. Shockingly, he has scored more goals and assists than Cristiano Ronaldo and Lionel Messi combined. Ronaldo is currently at Manchester United and has scored 18 goals with three assists.

Meanwhile, Messi has scored the right goals with 13 assists for PSG in all competitions. Hence, Nkunku has performed better than the two greatest football players ever combined. France National Team boss Didier Deschamps has labeled Nkunku as one of the most “dangerous” players in the game.

Arsenal Missed A Trick With Nkunku

Everyone at the Emirates might be kicking themselves after witnessing Nkunku’s performance this year. The Gunners have scored a total of 45 goals so far in the Premier League this term. Christopher has outrageously scored 30 goals by himself, which is just 15 goals less than the whole Arsenal team. Nkunku is in the fairly early stages of his career, and he has the opportunity to score 50 goals in a single season for RB Leipzig, the fourth-best team in Germany.

The 24-year-old is yet to reach the peak of his career yet. If Arsenal’s Stan Kroenke had agreed to pay up the demanded amount for Nkunku three years ago, the Frenchman could have worked wonders for the Gunners. However, they missed a trick as Nukunku is set to join a top club for a lot more money during the summer. Further, Arsenal will be forced to watch Christopher go to a big club as they will not be able to buy the Frenchman after a terrific season.