Rafael Nadal Upset During Warm-Up match Ahead Of Wimbledon! Coach Advises Him To Stay Patient! 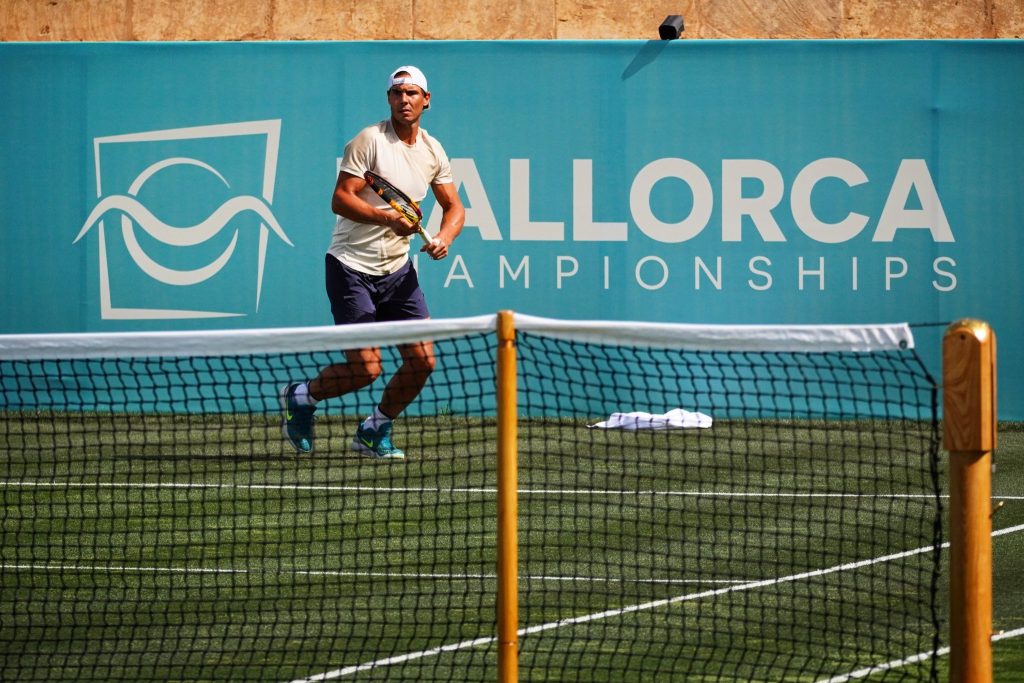 Last week, Rafael Nadal announced that he would be returning to Wimbledon after three years. The 22-time Grand Slam champ won his 14th Roland Garros title in Paris while playing with a chronic foot injury. The Spaniard flew to Barcelona soon after the tournament as he got radiofrequency injections to find a permanent solution to his long-time injury. Thus, Nadal has not played a single game after his French Open victory except for practicing at the Mallorca Country Club for a few days before announcing his Wimbledon return.

Recently, Rafa landed in London to play a few warm-up matches ahead of the major tournament at the All-England Tennis Club. He had been practicing at Wimbledon’s Aorangi Park since his arrival. On Tuesday, the Spaniard seemed upset with his performance during a warm-up game against Poland’s Kamil Majchrzak. The world no. 4 has come to Wimbledon with a mission of winning his third Grand Slam title of the year and taking his total to 23. But, as per Marca, Rafa was visibly upset with his performance during the practice match.

Rafa’s alternate coach Francis Roig has revealed that there are no serious concerns for the Spaniard as he heads to Wimbledon. He just needs some patience to get his foot right on the grass. He has not played at Wimbledon or any grass tournaments for quite some time now. Rafe fans are aware that Roig has been with Nadal since 2005. The former Spanish tennis star shared that the initial struggle has been a dynamic for Rafael in Wimbledon. It is difficult for him initially due to completely different dynamics on grass. Roig added, “We do not come from playing any tournaments on this surface.”

Moreover, Francis pointed out that Nadal used to play some tournaments on grass before heading to Wimbledon in the past. However, this time he is coming straight. The Spanish coach acknowledged that heading into Wimbledon without prior matches is not the first time or hopefully not the last either. Francis told Rafa’s struggles were normal as he played his first game on grass this season.

Roig further mentioned that the Spaniard practiced at the Mallorca Country Club. However, Francisco felt that hitting the ball while standing without any expectations was completely different from a warm-up match. Roig also pointed out that they had to be more careful with Rafa’s foot, and playing in Wimbledon poses more challenges. Thus, Francis believed that it was normal to have a difficult time for Nadal at the beginning. The 54-year-old stated that Rafael still has many days to improve, get used to the movement, adjust to impacts, and recognize how the ball comes. He added, “Things like that are mechanisms you need.”